What Are ISIS's Options Now? 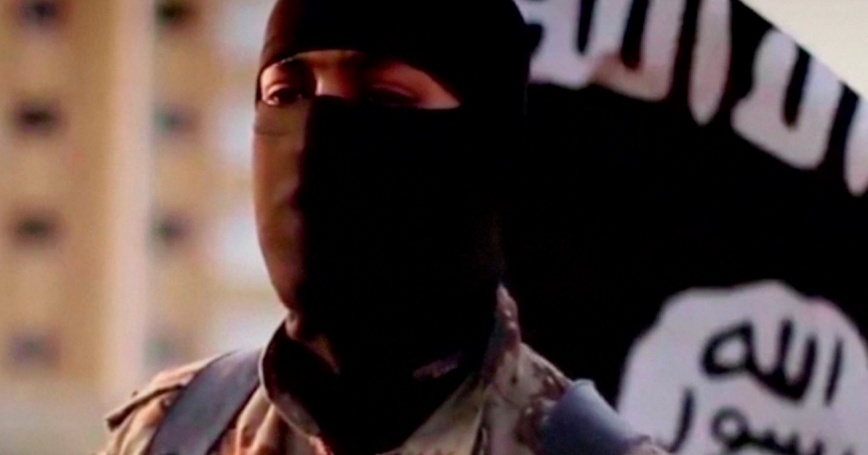 A masked man speaking in what is believed to be a North American accent in a video that Islamic State militants released in September 2014 is pictured in this still frame from video obtained by Reuters, October 7, 2014

In domestic debates about what the United States should do to blunt the threat posed by the Islamic State in Iraq and Syria (ISIS), Americans often forget that the adversary also has options. A determined force, ISIS will counter the bombing campaign. In publicizing its brutal murder of two American journalists, ISIS must have anticipated provoking some kind of American response. Perhaps it miscalculated, as some suggest, but it is too early to say. Analysts still debate whether al Qaeda intended the 9/11 attacks to drive Americans out of the Middle East or provoke an American military intervention that would mobilize Islam against the United States.

If al Qaeda's original intention was to drive Americans out of the Middle East, it failed. But while its central command has been decimated, al Qaeda has survived more than 13 years of American pounding, while its ideology has spread.

ISIS may feel confident that it can ride out the American-led bombing campaign, drawing sympathy and support by merely surviving. The coalition arrayed against it is fragile and may not hold for the long duration envisioned for the campaign. America could find itself isolated. Abandonment by the other nations in the coalition would be humiliating. Pounding on unilaterally would risk further alienation in the Middle East.

Vehicles and artillery pieces in the open are easy targets for aerial bombing, but ISIS's forces could retreat into urban areas, embedding themselves into the civilian population. Although deception could be used to lure the bombers into attacks on civilian targets, the United States does not have the on-the-ground intelligence it once had when U.S. forces occupied Iraq. Mounting civilian casualties—inevitably, there will be some—could turn world opinion against continued bombing.

All bombs that fall on civilians will be blamed on the Americans. The threat to Westerners anywhere near territory held by ISIS probably discourages the kind of under-the-guns reporting we saw during the recent Israeli operation in Gaza, but it also makes it difficult to confirm or discredit the civilian casualties claimed by the ISIS. Viewers of ISIS's postings on the Internet and the cautious counterclaims by American military spokespersons will make their own choices about which narrative to believe—a situation in which the United States is usually at a disadvantage.

Warfare is increasingly about the manipulation of perceptions. ISIS's own self-documented record of atrocities counts for little here. World opinion holds Western states to a different set of values.

ISIS has continued to carry out attacks since the bombing began, seizing towns from Iraqi, Kurdish, Syrian and rival rebel forces. It has kept continuous pressure on Iraqi military positions in Anbar Province, combining military assaults with car bombs in the targeted cities.

With its economy based primarily upon plunder, ISIS has to expand. One of the components of America's strategy is the assumption that, contained within its current perimeter and deprived of its oil revenues, ISIS will become even more predatory and will ultimately alienate the Sunnis in areas it now controls. That will, in turn, open space for the United States to again enlist Sunni tribes against ISIS as it enlisted them against al Qaeda during the Iraq War.

The strategy may work, but the United States needs to be clear-eyed about the real motives behind the earlier switch in loyalties. The Sunni tribes turned against al Qaeda in 2006 not solely because they were put off by al Qaeda's brutality, but because al Qaeda was interfering with their lucrative smuggling activities. Some Sunnis actively cooperated in ISIS's takeover of western Iraq. There also are reports that Sunnis participated in ISIS attacks on, and pillaging of, Christian and Yazidi minorities—brutality is profitable as long as it is directed at others. Some Sunni tribes are fighting ISIS in Anbar Province, but with a government in Baghdad still dominated by despised Shiites and ISIS's slaughter of tribes that turned against it elsewhere, it is not clear whether the bombing will succeed in breaking a Sunni-ISIS alliance.

There may be no great divide between anti-Assad rebels and the jihadists, nor should the break between al Qaeda and ISIS be overestimated, even though it has led to fighting between the factions. Predictably, al Qaeda has denounced the American bombing campaign, while al Qaeda affiliates have called for unity in the face of American aggression. Meanwhile, non-Islamist rebels are complaining about the bombing of their ISIS brethren. Sectarian antipathies may outweigh fears of Islamist oppression.

The bombing campaign may prevent ISIS from concentrating forces to take Baghdad, where it also runs into a sectarian wall, but they have not prevented it from infiltrating the city to carry on a terrorist campaign and may not stop it from launching a major attack from within. Viet Cong guerrillas slipped through defensive rings manned by American combat divisions to penetrate Saigon and other cities in South Vietnam and carried out the Tet Offensive in 1968. The attackers did not intend to take over the city, but launched attacks on key high-profile targets. They were ultimately defeated, but it took nearly two weeks to restore peace in Saigon, and the fighting in Hue went on for more than three weeks. The Tet and subsequent Viet Cong offensives destroyed the organization, but the psychological and political damage was done.

ISIS may not have anywhere near that level of capability—the Viet Cong had several hundred thousand fighters—but as we saw in Mumbai in 2008, even a handful of suicidal attackers can paralyze a large city for several days.

ISIS may dispatch operatives from its large pool of Western volunteers to carry out terrorist attacks against countries participating in the coalition. Al Qaeda is also trying to recruit Western volunteers for terrorist attacks on the United States. It is to be hoped that improvements in intelligence and security measures will make it more difficult to replicate a 9/11-scale attack on the West, but the surrounding countries that have joined the coalition and Western targets in the region are vulnerable.

ISIS has already called upon its backers abroad to carry out terrorist attacks against members of the coalition. In expressions of solidarity, jihadist groups have beheaded or threatened to behead kidnapped nationals of coalition partners—a form of communication ISIS has popularized.

Again, experience from the Iraq War suggests that the American-led campaign will inevitably galvanize opposition and increase the potential for terrorist action worldwide. Random shootings and assaults on off-duty soldiers and recruiting personnel are the most likely tactic. It is not a new threat. In 2009, a self-proclaimed member of al Qaeda shot and killed one soldier and wounded another at a recruiting center in Little Rock, Ark. Several other homegrown terrorist plots have targeted recruiting centers and military bases. ISIS has specifically exhorted its supporters to attack the families of American soldiers.

Thus far, U.S. authorities have been able to uncover and thwart most of the homegrown terrorist plots. Only a small number of Americans have joined or tried to join jihadist fronts abroad—about 100 since 9/11, not counting those going to Syria or Iraq. Since 2012, however, another hundred have been drawn to the Syrian and Iraqi fronts, including ISIS. They add another layer of risk, but continued government focus and good intelligence make the threat manageable as long as Americans do not overreact. American impatience, a fraying coalition or an even modest terrorist attack will increase pressure for American escalation.

This commentary originally appeared on The Hill on October 10, 2014. Commentary gives RAND researchers a platform to convey insights based on their professional expertise and often on their peer-reviewed research and analysis.