What Could U.S. Boots on the Ground Do in Iraq and Syria? 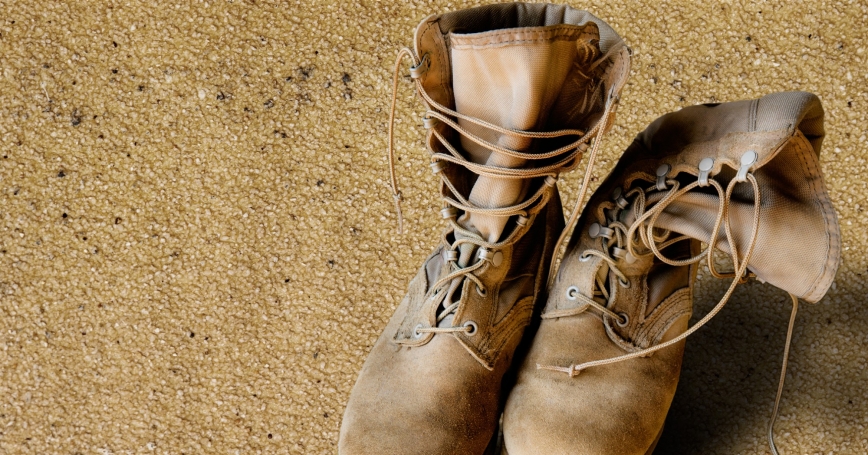 “These boots are made for walking, and that's just what they'll do. One of these days these boots are gonna walk all over you.” Nancy Sinatra's 1966 hit song, “These Boots Are Made for Walking,” became wildly popular with GIs during the Vietnam War, where the lyrics took on a more bellicose meaning.

In discussions of America's current conflict with the Islamic State of Iraq and the Levant (ISIL)—which, like the Vietnam conflict, Washington does not consider an official war—a phrase heard frequently is “boots on the ground.” It is a direct challenge to those who believe wars can be won by airpower alone. Critics of the current air campaign in Iraq and Syria argue that boots on the ground—the physical presence of soldiers on the battlefield—is a prerequisite to military success. But how many?

There are currently somewhere around 2,000 American military personnel deployed in Iraq, protecting the U.S. Embassy, helping the Iraqi forces coordinate military operations and assisting the air campaign. They have no direct combat role, although some may engage in special operations, such as attempting to rescue hostages. Strategists outside of government have suggested the need for 10,000 or 25,000 American combat troops.

Boots on the ground represent a capability, not a strategy. The question is, what would 25,000 American ground forces do that nearly 300,000 Iraqi soldiers cannot do?

Brian Jenkins is senior adviser to the RAND president and the author of The Dynamics of Syria's Civil War.

This commentary originally appeared on Defense One on October 15, 2014. Commentary gives RAND researchers a platform to convey insights based on their professional expertise and often on their peer-reviewed research and analysis.