With Midterm Elections Less Than a Month Away, New Survey Data Shows Many Voters Have Made Up Their Minds 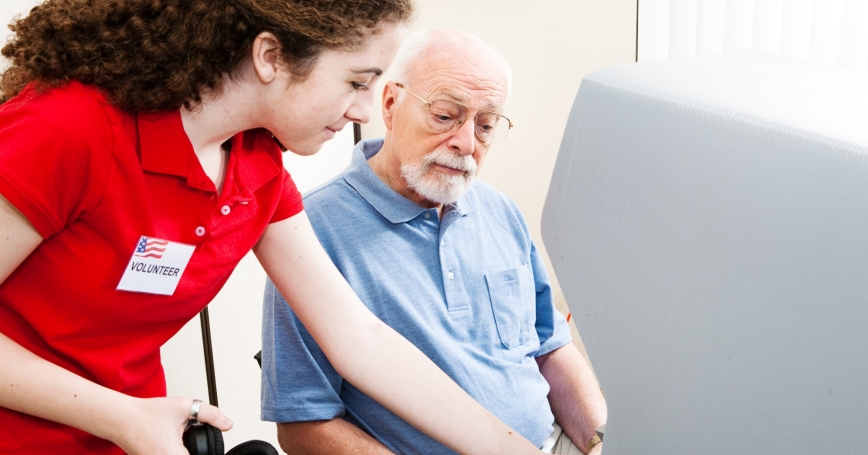 For the next five weeks, RAND will be surveying members of the American Life Panel (ALP) leading up to the midterm elections in November. These surveys will ask ALP participants about their voting intentions, as well as their beliefs and opinions about a number of important current policy issues.

What sets apart the RAND surveys from other public opinion surveys is that we survey the same people each week. This allows us to observe changes in voting intentions over time as we draw closer to election time. Furthermore, many of these ALP members were participating in the panel during the 2012 presidential election. This allows us to link their responses today to responses during that time period and observe changes over a longer time period.

We surveyed 2,789 members of the ALP between 12:01AM Sunday, September 28 and 11:59PM Saturday, October 4th. As with other surveys, we weight responses to ensure that results are representative of the population, matching to the 2014 Current Population Survey.

The Most Recent Results: House and Senate Elections

These numbers do not sum to 100 percent because a small number of respondents gave inconsistent responses. Furthermore, these results indicate that those who are likely to vote for Republicans are more likely to vote. When the probability of voting for a particular party is multiplied by the probability of voting, Republicans gain ground, reflecting the higher likelihood of voting for those supporting Republicans. This is further confirmed when we look at voting intentions for the 2014 House election by actual voting behavior in the 2012 presidential election.

In this table, we limit the sample to those responding in both 2012 and 2014, and reweight the sample to account for those who did not respond in 2012.

What Do We Know About the “Middle”?

Our measurement methodology gives us an interesting perspective on those in the middle, who do not lean strongly towards Republican or Democratic candidates. Here we define the “middle” as those who do not report a greater than 75 percent chance of voting for anyone: Democratic, Republican, or other. Those who report a 75 percent or greater chance of voting for any of the three options are considered to be leaning strongly towards one party. This does not rely on formal party affiliation, which means that those who consider themselves to be independent but report a high likelihood of supporting a particular party, are not considered in the middle.

In what follows, we limit our analysis to those members of the panel who responded five weeks prior to the election in both 2014 and 2012, and live in states that will hold Senate elections in 2014. This limits our sample to 770 respondents. We reweight our sample to account for those who did not respond in 2012 as described here.

Margin of error estimates are reported in parentheses as 1.96 times the standard error.

Comparing intentions in 2014 for the House and Senate Elections, we see much more agreement in who is in the middle. Only 2.4 percent are in the middle for one election but not the other. Taken together these results suggest that while there is a middle, (i.e., those who are unsure about who they will vote for), there is churn from year to year.

Katherine Carman is an economist and Michael Pollard is a sociologist at the nonprofit, nonpartisan RAND Corporation. Relevant questionnaire items and descriptive tables are available as a supplement to the methodology report.