Afghanistan After America: A Fragile Stability 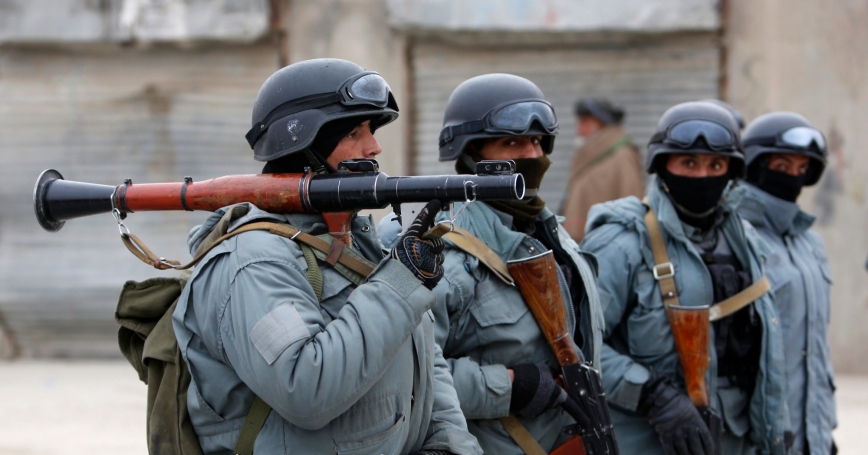 Three years ago, there were 100,000 American troops in Afghanistan. By the beginning of this year, that number had been cut in half, and by year's end it will have been reduced by 90 percent, leaving fewer than 10,000 American troops, none of which will be conducting combat operations.

Throughout these years, Afghan security forces have increased in numbers and competence. As American and other NATO forces have withdrawn, Afghan soldiers and police have filled the vacuum, largely retaining the territorial gains made during the 2010–2011 surge in NATO troop strength.

Earlier this year, Afghanistan held its fifth national election. Voter participation was strong, even in areas heavily contested by the Taliban. The results were widely seen as a victory for the Afghan army and police, and a defeat for the insurgency.

More recently, as this year's fighting season drew to a close, the Taliban began mounting larger attacks, with greater forces than were seen in recent years. This was clearly an effort to test Afghan security forces, which are now alone on the battlefield and increasingly bereft of NATO air support. Again, the Afghan army and police stood their ground, repelled attacks, and retook posts initially overrun by the insurgents.

Compared with Syrians or Iraqis, most Afghans live in relative security. Over the past 13 years, millions of refugees have been returning to, not fleeing, Afghanistan. The economy has grown fourfold. The literacy rate has doubled. Perhaps most remarkably for a country still in conflict, longevity has increased by 20 years — the largest jump any society has made in such a short timeframe since humankind started collecting such statistics. Despite the ongoing war, most Afghans are living longer, healthier, and more productive lives.

Nevertheless, Afghan government forces have suffered an increasing casualty rate throughout the past year. Of course, so has the Taliban. Thus far, recruitment has kept pace with combat losses and other forms of attrition within the army and police, and probably within the Taliban as well.

More of the same is expected for next year: hard ground combat and heavy casualties with even less air power available to support government forces. One side or the other might crack under these pressures, but the more likely outcome is an enduring stalemate.

Stalemate on the battlefield meets the essential American objective of ensuring that Afghanistan does not again offer a safe and friendly environment for Al Qaeda and its affiliates and imitators. But stalemate is hardly a desirable long-term prospect.

Since 2011, the United States, the Afghan government, and the Taliban have engaged in intermittent and often indirect talks about peace negotiations. The Taliban has been willing to meet with American but not Afghan officials, and the United States has not been willing to discuss Afghanistan's future without the participation of the Afghan government.

It may be stalemate on the battlefield that eventually forces the parties to break this stalemate over the shape of a peace process.

Several factors could alter this projection. Congress might begin to cut the funds necessary to keep Afghan security forces in the field. The current government of national unity in Kabul might disintegrate into mutually hostile factions, splitting the Afghan army and police. Alternatively, Pakistan might begin to curtail the freedom the Taliban enjoys to recruit, train, and direct its forces from within sanctuaries on its side of the border.

The Obama administration needs to forestall the first two developments while continuing to press for the third. U.S. President Barack Obama and Secretary of State John Kerry should also work with the new leadership in Kabul to offer a peace process the Taliban leadership eventually will not want to refuse.

James Dobbins is a veteran diplomat who most recently served as the State Department's special representative for Afghanistan and Pakistan. He is a senior fellow at the nonprofit, nonpartisan RAND Corporation.

This commentary originally appeared on The Mark News on November 13, 2014. Commentary gives RAND researchers a platform to convey insights based on their professional expertise and often on their peer-reviewed research and analysis.