Celebrating the Success of Project Sapphire 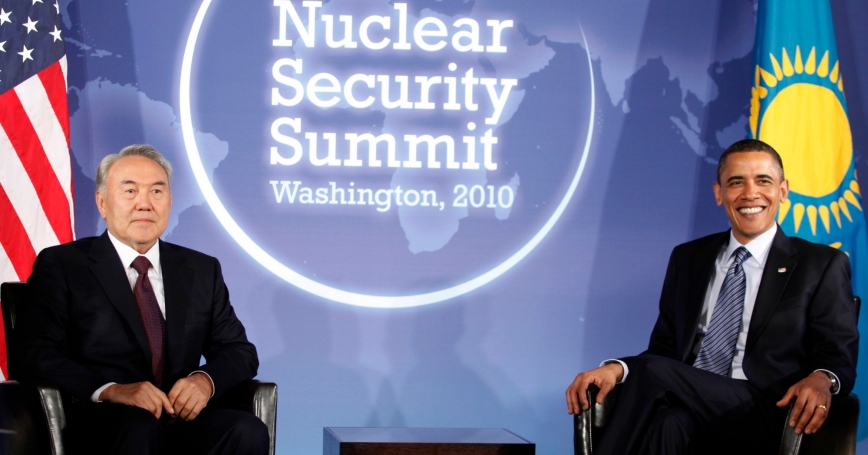 Twenty years ago this week, in a spectacular operation, the United States transported from Kazakhstan to Oak Ridge, Tennessee over 600 kilograms of at-risk, weapons-usable highly enriched uranium (HEU) for safekeeping. It could have been used to fabricate more than twenty nuclear weapons. This secret undertaking, part of a broader cooperative de-nuclearization effort, shows how a mix of favorable circumstances, strategic trust and innovative approaches can ease nuclear dangers.

The success of Project Sapphire was a victory for Kazakhstan. It had the courage to trust its new relationship with the United States to help prevent the proliferation of dangerous material to countries that might seek to build nuclear weapons. Sapphire was a gain for the United States as well. For decades, Washington has maintained a robust nonproliferation policy, but it had to adapt tools and capabilities to respond with agility to an unprecedented risk. Above all, Project Sapphire was an accomplishment for the global nuclear-nonproliferation regime, ensuring that a huge quantity of HEU would not fall into the wrong hands.

As it became independent in December 1991, Kazakhstan's leaders stepped up to the plate and made the responsible decision not to retain leftover Soviet nuclear weapons. Several factors facilitated the decision.

First, Kazakhstanis had developed nuclear neuralgia. Decades of careless nuclear testing in the northeastern region of Semipalatinsk had caused untold health and environmental damage. Taking advantage of Soviet General Secretary Mikhail Gorbachev's glasnost (openness) campaign, the Nevada-Semipalatinsk anti-nuclear public-protest movement emerged. Over one million Kazakhstanis signed petitions for a ban on nuclear testing. Kazakhstani leaders took advantage of this development to enhance their legitimacy at the expense of rulers in distant Moscow.

Second, Kazakhstan had no interest in militarily deterring possible Russian or Chinese aggression. With millions of ethnic Russians living in the northern rim of the country, leaders in Kazakhstan did not want to stir trouble. Nearly all transport routes in and out of Kazakhstan traversed Russia. Factories and farms depended on Russian markets, supplies and technologies. After the Stalin era, ethnic Kazakhs, Slavs and other nationalities lived together peacefully. The Russian language was the lingua franca in national economic life. China posed no evident major military threat to Kazakhstan. Uyghurs who lived on the other side of the Chinese border in Xinjiang were seen as a friendly Turkic people....

William Courtney is an adjunct senior fellow at the nonprofit, nonpartisan RAND Corporation, and former U.S. ambassador to Kazakhstan and Georgia.

Susan Koch is an independent consultant, and was Deputy Assistant Secretary of Defense for Threat Reduction Policy during Project Sapphire.

This commentary originally appeared on The National Interest on November 21, 2014. Commentary gives RAND researchers a platform to convey insights based on their professional expertise and often on their peer-reviewed research and analysis.