In the Wake of Disaster: Practical and Philosophical Challenges of Victim Compensation 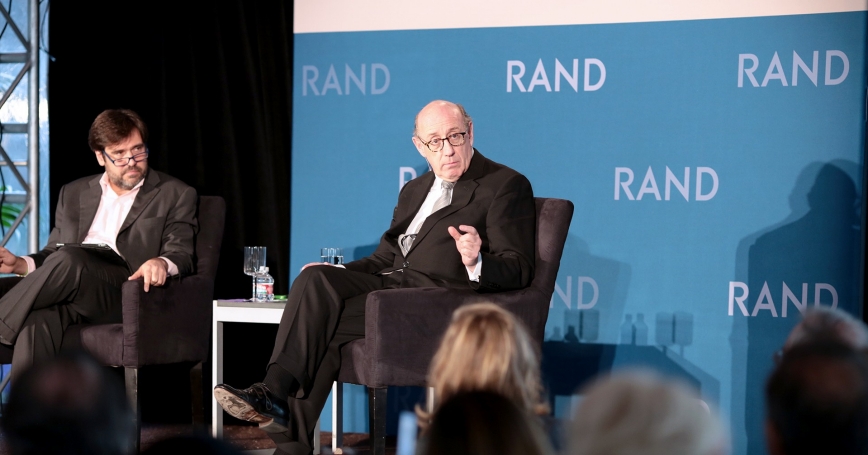 Rob Cox and Kenneth Feinberg at RAND's Politics Aside 2014

Kenneth Feinberg has a role not many would envy. When tragedy strikes, he is often the person companies and governments turn to for help to determine appropriate monetary compensation. From the September 11th Victim Compensation Fund to the BP Deepwater Horizon oil spill, the Boston Marathon bombing to shootings at Sandy Hook Elementary School and an Aurora, Colorado, movie theater, Feinberg has had the job of determining what life is worth.

At RAND's Politics Aside event last week, he sat down with Reuters' Rob Cox and shared some of his thoughts on what goes into making compensation decisions, and why it's so important to meet with victims.

From a practical perspective, Feinberg says, compensation formulas boil down to whether a program is an alternative to litigation or not: “It's not rocket science.” Cases where people voluntarily waive their right to go to court—such as 9/11, BP, and the ongoing General Motors faulty-ignition recall program—use court-based assessments of lost lifetime earnings and pain and suffering to determine compensation amounts. On the other hand, “gift programs,” such as those established for victims of the Boston Marathon bombing and the Sandy Hook shootings, are about how much money is available. As Feinberg says, “How much money do you have from private donations that you're going to try and allocate among very vulnerable, emotional, and angry people?”

When asked about whether victim compensation funds create an entitlement culture, he noted that although money has historically been the vehicle Americans use for compensating innocent victims, he doesn't worry. “These programs are so rare. They're aberrations.”

He also says that it's key to meet with the claimants one on one, though it is “the toughest part of what I do.” While ostensibly these programs are about monetary compensation, Feinberg reflected that perhaps surprisingly, money rarely is the topic of discussion in these private meetings. “They come for two reasons. One, to vent about life's unfairness. Or people come to validate the memory of a lost loved one.”

At the end of the day, Feinberg says, compensation “is not about fairness or justice. It's about mercy. And if you understand what the objective is, it helps you, with some difficulty, get through the day.”

What were the key messages of this discussion?

It's such a difficult job, dispensing money in tragedies when people have lost everything. When he was talking about doing one-on-one's with people, he said they come to talk about their loved one, (as if to say) “Look at my loved one because they deserve to be looked at and appreciated.” It's never about the money. It's always about the person.

Did you gain any new insights into Kenneth Feinberg's approach to such difficult work?

He's got a lawyer's sense. But he also has a depth of feeling for the people. I think it must be very much like being an oncologist. You lose so many people and people come to you with such tragedy. That he continues to take on these difficult cases speaks well of him as an attorney, but also as a person who genuinely cares about the people involved.

Why is this an important topic?

Ken Feinberg is very interesting to listen to, but I think what he does is very moving, and that's not something people see on TV all the time.