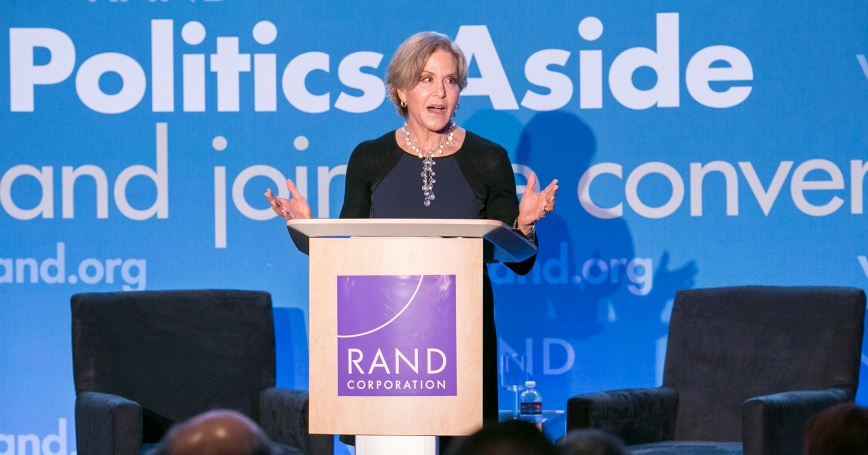 It's time to change the paradigm from disaster response and recovery to building resilient communities, Judith Rodin, president of The Rockefeller Foundation, told the Politics Aside audience Friday morning.

During her speech, “Safe, Resilient, Strong: Planning for Tomorrow's Cities,” Rodin noted that federal spending on disaster recovery is increasing, but cautioned that spending priorities should not focus exclusively on rebuilding. She said longer term dividends will flow from making smarter investments that promote resiliency. Not doing so is “tantamount to political malpractice,” she said.

“We need to stop lurching from crisis to crisis,” said Rodin, author of The Resilience Dividend: Being Strong in a World Where Things Go Wrong.

Building resiliency also is a process without ideology — both Democrats and Republicans can find common ground on which to work together, she said.

To build resiliency, officials need to take an integrated approach to planning. She described a Hoboken, N.J., underground parking garage with green space on the surface and special tanks that can contain water overflow, providing three “wins” in one project.

Officials also need better tools for cost-benefit analysis. Too often, models assume the future will be just like the past and critical data, such as population shifts, is left out of the planning process, she said.

“By focusing on resiliency, I believe we can unleash new opportunities that we have not yet imagined and create resiliency dividends for all Americans,” Rodin said. 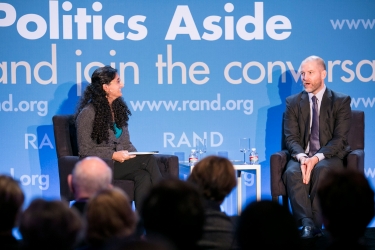 Anita Chandra and Cas Holloway at RAND's Politics Aside 2014

Holloway said cities — often more than federal or state governments — have the power to implement resiliency strategies, starting with what goes in building codes. But he said the public policy tools cities use to recover from disasters also are in need of an overhaul, citing the provisions of the Robert T. Stafford Disaster Relief and Emergency Assistance Act that do not reimburse agencies for projects that restore structures to anything more than their pre-disaster state.