Knowing When to Say Yes to Medical Technology 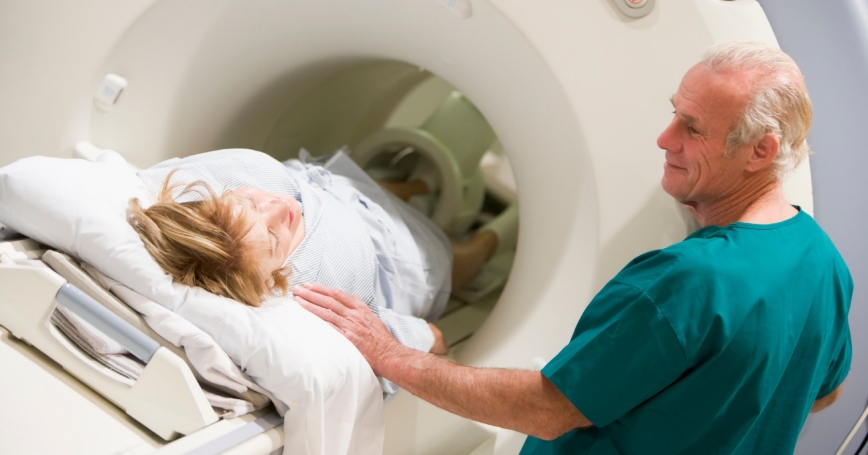 by Emmett B. Keeler

In 2011, the New England Journal of Medicine reported results of the National Lung Screening Trial (NLST). Screening trials have to be big, because almost all the people who are screened don't have the disease being investigated, and screening only helps people with silent disease.

Since publication of this study, the American Society of Clinical Oncology and other medical organizations have recommended screening for those at similarly high risk for lung cancer. The United States Preventive Services Task Force gave such CT screening a grade B recommendation, making coverage by private insurers mandatory and by public insurers likely.

I was part of a team that recently published a cost effectiveness analysis of lung cancer screening with low dose CT based on the trial. Despite the benefits, the increased cost of the screening exams, and follow-up of the many “suspicious” cases that turned out not to be lung cancer, made screening $1600 more expensive on average per person than not screening, raising the question of whether these exams were a good use of health resources. The costs of treatment were similar in the two experimental groups—more early stage cancers were found and treated in the CT scan group, but the later stage cases in the x-ray group were each more expensive to treat.

We collected cost information in cases where screening proved effective, and we used that information to estimate the cost of each additional year of life gained from screening. (People doing such studies adjust the years lived for quality, which might be enhanced or reduced by medical treatments, to derive quality adjusted life years “QALYs”). Although any estimate is highly dependent on its underlying assumptions, we estimated that the NLST screening program increased health at a cost of about $81,000/ per QALY gained. If this is correct, one might ask if U.S. health authorities should encourage people like the ones in the study—50-74 years of age who had smoked more than 11,000 packs of cigarettes—to be screened (perhaps by making it free to them).

There is a huge debate on whether and how to ration health care between the insured U.S. public and the people who represent them on one hand, and academics and others who worry about the high cost of un-rationed U.S. health care on the other. We worriers argue that because the United States spends twice as much on average as comparably rich countries in Europe and Asia, but Americans' health is on average worse, there must be a lot of wasteful care being delivered. Others argue that if the patient and doctor both want some service or procedure, they should be allowed to get it, and if they are over 65, Medicare should cover it. Still, most would agree in principle that things doctors might do that are bad for patients should not be allowed of subsidized.

The more divisive case is low-value care that improves health slightly on average, but does so at great expense. If doctors profit from such care, and insurance is generous enough that patients can afford it, they will want it.

The innovators responsible for introducing these expensive new services and technologies into the marketplace also profit. A recent RAND study noted that such financial incentives not only encourage today's low-value care, but also provide a reason for innovators to pursue low-value technical advances.

The only losers are taxpayers (in the case of Medicare), or the other people in a worker's private insurance pool, whose insurance premiums have to rise to cover such care.

In past decades, people using cost-effectiveness analysis judged that health care that improved health for less than $50,000/QALY was good value; they were less enthusiastic about care whose calculated value was over that threshold. Today, $100,000 as a threshold for good value is the new $50,000, with the increase based partly on the passage of time, and partly on economic studies showing that workers and others are implicitly willing to pay even more than $275 per day ($100,000/365) for life-saving measures that would increase life expectancy by a few days.

So in today's context, $81,000 per QALY for CT lung screening in principle represents good value. However, many are concerned about rolling out CT screening in a big way. First, even though the requirements for getting into the NLST trial were fairly strict, there are currently about 9 million people in the Unites States who meet them. If all these people started annual screening, it would cost an additional $14 billion, which would have to come from either additional revenues (for example by a $90 increase in payroll taxes and insurance premiums per worker annually), or from cuts in other valued programs in health, or elsewhere.

Even more troubling, our health system has a long history of so-called treatment creep, where an intervention that is worthwhile for some specific high risk group later gets spread to a larger low risk group. The costs per person are similar for both groups, but the benefits to the low risk group are much smaller.

Treatment creep can even be harmful to health. It has been estimated that increasing use of head, chest, abdominal, and pelvic CT scans—one-third of which appear not to be “justified by medical need”—may be responsible for as many as 2 percent of all cancer cases in the United States.

The radiation exposure in lung cancer screening can induce breast and lung cancer, especially in younger patients. If we extend CT lung screening to those with a shorter smoking history or to younger people, the probability that those being screened have lung cancer falls, and thus benefits per person also fall. So, for example, the radiation risk involved in CT screening for a 40-year old woman who smokes may outweigh the potential gains from detecting lung cancer.

In addition, as with most trials, the people who did the screening, followed up on suspicious results, and treated those with cancer were well trained, had extensive experience, and followed strict protocols. For example, surgical mortality in the trial was only 1 percent. Outcomes of new treatments in the community are often not as good as those seen in trials, and lung cancer screening may be no exception to this rule.

One way to make screening more efficient is to focus on the people who would be most likely to benefit. Some subgroups in the trial appeared to benefit more than others—for example, current smokers benefited much more than ex-smokers, presumably because their chance of having lung cancer was much higher. Another way is to reduce the health and financial costs of follow-up: to do so, radiologists have redefined how big a nodule has to be to trigger follow-up. Increasing the requirement from 4 mm to 6 mm would reduce the number of suspicious cases requiring follow up by more than one half.

So CT lung cancer screening turns out to be like many new medical technologies—health-improving, but quite expensive, and in need of implementation that targets those most likely to benefit and provides them the care they need efficiently.

Emmett Keeler is a senior mathematician at the nonprofit, nonpartisan RAND Corporation and a professor at UCLA.

This commentary originally appeared on The Health Care Blog on November 17, 2014. Commentary gives RAND researchers a platform to convey insights based on their professional expertise and often on their peer-reviewed research and analysis.