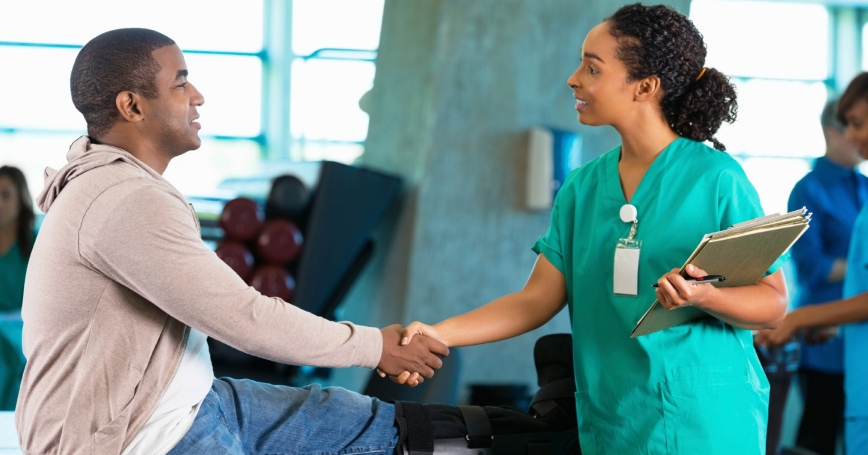 Much has been written and discussed regarding the elevated rates of posttraumatic stress disorder (PTSD), depression, alcohol misuse, sexual assault, suicide, and other mental health problems in the military after 13 years of armed conflict in Iraq and Afghanistan. Indeed, these issues are widely viewed as among the most serious military health problems in need of science-based solutions.

Any solution faces health system challenges including stigma, barriers to care, and quality of care for military personnel and their families. The military's health system (MHS) serves a diverse spectrum of families and patients: wealthy and poor, infants to elderly, and men and women in similar proportions. It includes virtually every medical discipline, profession, and level of training. The MHS costs $52 billion a year and covers some 9.6 million beneficiaries, including 1.4 million uniformed personnel.

Collaborative care has been an important part of Army efforts to reach out to those struggling with PTSD and depression. For years I had the privilege of leading those innovations, starting at the beginning of the program in 2003. That is when I first connected with investigators from the MacArthur Foundation Initiative on Depression in Primary Care, most importantly Alan Dietrich, Tom Oxman, John Williams, and Kurt Kroenke.

The MacArthur Initiative group called their approach the Three Component Model: (1) prepared primary care practices, which meant equipping clinics with process tools such as screening instruments and diagnostic aids and informatics enhancements; (2) a care manager resource, usually a registered nurse, added to each participating primary care clinic; and (3) an enhanced specialty care interface, usually a psychiatrist meeting weekly with care managers to review patients' status and together formulate specific recommendations for the primary care clinician. With the generous assistance of MacArthur Initiative experts and funding assistance from the Department of Defense, we adapted the initiative's model for depression, added a PTSD-specific module, and then successfully piloted the program during 2004-2005 at a large Army primary care clinic at Fort Bragg in North Carolina.

Lt. Gen. Kevin Kiley, then Army surgeon general, learned of our efforts. Before we could say, “Careful what you ask for,” we were funded, staffed, and armed with an Army health system OPORD (operations order) mandating implementation at 15 large, high-deployment installations (42 primary care clinics) worldwide. We called our modified MacArthur approach RESPECT-Mil (Re-Engineering Systems of Primary Care for PTSD and Depression in the Military) and started scrambling to make it happen beginning in January 2007.

The military health system was laboring to support two wars, so it was hardly unanimous among leaders and rank-and-file military health system clinicians that collaborative care was a step in the right direction. We had to be credible and persuasive champions. We traveled to every implementing facility, talked with leaders and staff at all levels, walked the clinics, saw with our own eyes what processes work, and learned lessons from implementation variation when it was unavoidable.

For maximum effect, we gave each installation's implementing team some room to make it its own, to take pride in the fact that its version of RESPECT-Mil was better than any other. For example, one site was proud of its unique and streamlined screening process, and another was proud of its business model of successfully generating RVU credit for the care facility. However, as a worldwide implementation team, we had to remain steadfast in maintaining the conceptual pillars of collaborative care, training and reinforcing them to ensure improved clinical outcomes.

By 2010, RESPECT-Mil was running in all 42 assigned clinics. A Web-based care management support system based on the one used for the IMPACT trial, one of the first large, multisite trials of collaborative care for primary care patients with depression, was fielded. We sent installation-specific reports comparing each site's performance with all others. On a set schedule, we were “boots down” at installations and facilities.

Our progress was rewarded. A new OPORD was issued that year, directing the expansion of RESPECT-Mil to 37 installations responsible for 92 primary care clinics. We had the trust of leaders, which helped when competing models emerged.

For example, the Army is moving to the patient-centered medical home. Some clinics and leaders preferred primary care mental health co-location, the placement of a mental health specialist in each clinic. The results of this strategy, however, are costly and fail to improve outcomes: while putting a specialist in each clinic is easy to do and see, this approach unnecessarily restricts the work of the specialist to a single clinic. Unless there are changes to the process of care, primary care clinicians often miss patients with mental health needs and do not link them to a mental health specialist. Other times, the primary care clinician may identify and link them to a specialist, but without a care manager working actively to keep the patient engaged in some form of intensified treatment, the patient may drop out of care.

So we successfully stuck with our message: improving outcomes requires more than moving a mental health specialist into primary care—it takes broader and more active changes such as the use of a care manager to fully engage patients as well as their primary care teams, and it takes routine use of valid measurement tools such as the PHQ-9 and PTSD Checklist to help clinics identify, track, and regularly review patients' treatment needs.

Just before the OPORD was expanded, we were awarded a large research grant to complete a five-year, randomized, effectiveness trial of a second-generation approach to RESPECT-Mil, a model we are calling STEPS-UP (Stepped Enhancement of PTSD Services Using Primary Care). Several new innovations were added, such as centralized implementation assistance, stepped psychotherapies making use of Internet and telephone, care-manager training in intensive patient-engagement strategies for greater continuity, and routine use of automated registries to identify patients in need of treatment changes. Doug Zatzick, Jürgen Unützer, Wayne Katon, Lisa Jaycox, and Terri Tanielian are key collaborators in this exciting study, the results of which should be out next spring.

When I retired from the Army last fall, RESPECT-Mil was running in 88 Army primary care clinics and had improved care in more than 3 million patient visits. The program has helped tens of thousands of military personnel with PTSD and depression, including thousands who screened positive for suicidality. From my new position at the RAND Corporation, I feel fortunate for the opportunity to contribute in this way. Collaborative care has presented a once-in-a-lifetime opportunity to bring a science-based solution to an essential military problem. It has helped thousands of men and women in uniform in ways that also nudge our larger mental health system toward greater effectiveness for all Americans.

Charles Engel is a senior health scientist at the nonprofit, nonpartisan RAND Corporation in Washington, D.C. His last military assignment before retiring as an Army colonel was Associate Chair for Research, Uniformed Services University of the Health Sciences, department of psychiatry, in Bethesda, Maryland.

This commentary originally appeared on Psychiatric News on November 17, 2014. Commentary gives RAND researchers a platform to convey insights based on their professional expertise and often on their peer-reviewed research and analysis.