Putting Putin in His Place 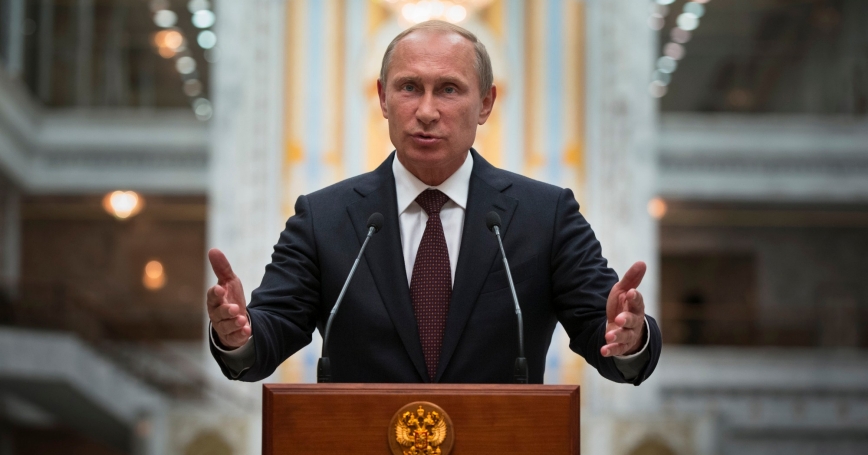 This month's 25th anniversary of the fall of the Berlin Wall finds Europe one of the world's most peaceful and prosperous regions. In the last quarter century, the economic well being of the nations that joined the European Union rose rapidly, the lives of most ordinary people improved, and the threat of war that for centuries had hung over the heads of European citizens was, in most places, forgotten. Europeans seemed to have left behind the bloody and internecine conflicts that once plagued them.

Sadly, that order now faces a major challenge from Russian President Vladimir Putin, who espouses a conservative authoritarianism and rejects many of the political principles on which post-Cold War Europe has been built. His March annexation of Crimea and invasion of eastern Ukraine in August have put him on a collision course with Europe and the United States.

The United States, NATO and the EU now must decide whether to continue their post-Cold War strategy of providing political, economic, and military resources to strengthen the rule of law and liberal democracy on the continent, or whether to opt for a major change of course in hope of accommodating Russia.

Some experts hope that by accommodating Russia and lowering tensions, the West might salvage its relationship with Russia. Yet, while salvaging relations with Russia is a worthy long-term goal, it cannot be realized at any acceptable cost unless the security that Russia has threatened is first restored. Restoring security itself requires deterrence from NATO — something that is not easily made compatible with accommodation and will inevitably create some near-term tension.

Those who favor accommodation also claim that the United States and Europe are unprepared for a long-term confrontation in Europe. They point to Europe's economic crisis and argue that the challenges the United States faces in two other regions — the Middle East and Asia — will drain resources and top-level attention from Europe.

Such concerns are real, but too often exaggerated. The U.S. and its allies have good reason to be confident that they can stand up to Putin over the long haul. Politically, militarily and economically, Europe and the United States are many times more potent than Russia. Putin's audacity can only go so far against such odds.

Moreover, despite the challenges it faces in the Middle East and the Asia-Pacific, the United States will not be quick to abandon Europe. Prosperity in Europe is a longstanding cornerstone of American power. This is why the U.S. fought two world wars in Europe, withstood the pressures of the Cold War and invested heavily in Europe's post-Cold War success. Anyone who thinks the United States would abandon support for democracy and the rule of law in Central and Eastern Europe for limited Russian support elsewhere in the world also misreads America's own history and national character. Europeans may be expected to do more to underwrite their security in the future than since the end of the Cold War, but the United States is hardly about to walk away.

Indeed, the United States and Europe have responded to events in Ukraine this year with unity and strength that surpassed expectations. Overcoming intra-European and trans-Atlantic differences, they imposed multiple rounds of sanctions on Russia that were significant and required tough choices from European leaders. Meanwhile, as the recent NATO summit in Wales indicated, there is growing consensus within the alliance about the need for military measures to shore up security on NATO's eastern flank.

Developing an effective and sustainable strategy to deal with the multi-layered problem that Putin's Russia has created requires deterring Russia while also engaging it. This will surely be challenging, but it is hardly impossible. The United States and Europe should have confidence that they are up to the task.

This commentary originally appeared on U.S. News & World Report on November 26, 2014. Commentary gives RAND researchers a platform to convey insights based on their professional expertise and often on their peer-reviewed research and analysis.