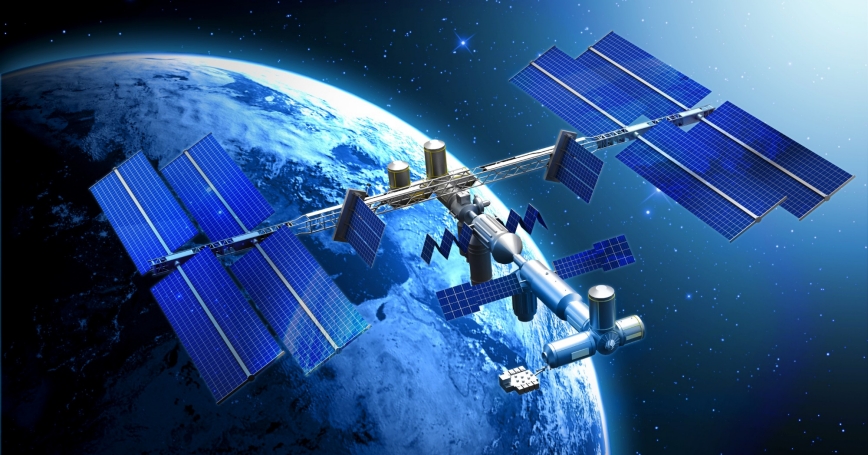 Hundreds of guests packed the Cary Grant Theatre at Sony Studios Thursday night to kick off the RAND Corporation's biennial Politics Aside event with a panel discussion titled, “Strategies for Space: Technology, Policy, and Leadership.” This conversation with leading subject matter experts capped an exciting week in space exploration during which the European Space Agency's historic Rosetta successfully placed the Philae lander on a comet more than 300 million miles from Earth.

“We're launching this year's Politics Aside with a topic that brings us back to the beginnings of the RAND Corporation,” said RAND President and CEO Michael Rich. “The first technical report produced by the researchers of RAND analyzed the feasibility and utility of what was called the world-circling spaceship in 1946.”

Topics ranged from the future of commercial space exploration and the feasibility of humans visiting Mars, to policy questions such us the militarization of space and the importance of space sustainability.

DiPippo kicked off the panel discussion talking about the challenges of the Rosetta mission, which she described as a big step ahead for humanity. “The Rosetta mission was conceived 30 years ago,” she explained. “The comet where we landed was not the original target. The reason why we had to change comets was because the mission was originally supposed to be launched at the end of 2002, but because of a technical issue with the launcher, the launch was postponed and the launch window was gone, so the new comet was selected. Space is a way of cooperating. It's cooperation by definition.”

“At the frontier of space, we need to be ready for both triumph and tragedy,” Miller said. This truth was illustrated with the tragic crash of Virgin Galactic's SpaceShip Two just days prior to the historic Rosetta mission. "We had a tragic day recently…there's a reason why test pilots are respected as some of the most brave members of our society,” Whitesides said. “We're focused on two things now: taking care of the families who were affected, but also focusing on the future.” Whitesides said that Virgin Galactic has a new spaceship that will be ready in a few months and that Virgin Galactic will “keep going,” while also working to make sure the new spaceship is as safe as possible.

As the only panel member who has actually spent time in space, Coleman regaled the audience with tales from her two trips into orbit as a NASA astronaut. She described the living quarters, a typical day in the life of an astronaut on the International Space Station, and what it's like to live in virtual zero gravity. “Space is an amazing fascinating place,” Coleman said. “Moving is so different than it is (on Earth). It makes you feel like you're flying, like Peter Pan. It's delightful and delicious, and all the rules are different.”

Rich thanked the participants for making the Politics Aside event such a success. “The audience and the speakers make this event successful,” Rich said. “You enable RAND to do some of its boldest and (most) innovative research. We are tackling a dazzling array of issues in sectors that impact around the globe. The best attacks on the hardest problems are the ones that are based on fact and rigorous analysis.”

The Politics Aside discussions will continue through Friday with panels covering topics including innovations in health care, privacy and security, challenges and opportunities with new emerging markets and more.

What did you think of the panel?

It was fantastic. It took the international, commercial and operational/in-person aspects of space and put them together in a very understandable way for the policy community participating in this years' Politics Aside.

For you, what was the biggest takeaway from the discussion?

There were two takeaways for me. First, space is really hard. You have to be able to accept failure and learn from that failure, or from the successes, and to move forward and keep that imagination going. The other takeaway is that space is global. It doesn't belong to any one country or firm. It's all of ours, and we need to take care of it that way, we need to explore it that way. It's not going to be one entity that solves the challenges of space, it will be all of us together.

Why do you think it's important to discuss this topic?

I don't think the public quite realizes how much of our daily lives rely on space. Without space, our entire air traffic control system goes down, we can't navigate using GPS, our banking system doesn't work, and most of our communications systems don't work without space. There's great science and exploration happening in space, but there's also everyday important infrastructure items. You want to know what the temperature is going to be tomorrow? You can't answer that question without space.