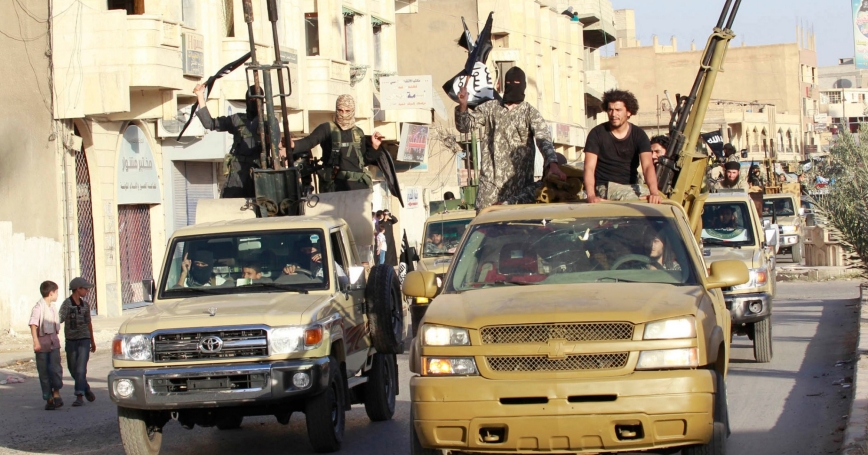 As many as 15,000 foreign volunteers have swelled the ranks of rebel and jihadist formations currently fighting in Syria, according to the most recent United Nations report. Most come from neighboring Arab countries, but more than 2,000 have arrived from a handful of European countries, with smaller numbers coming from Australia and North America.

Their presence in Syria and Iraq increases the available reservoir of Western passports and “clean skins” that terrorist planners could recruit to carry out terrorist missions against the West. And what happens when they return — more radicalized, more experienced, determined to continue their violent campaigns at home?

Thus far, homegrown terrorist plots in the United States have been remarkably amateurish, although at times still lethal. The existing pool of determined jihadists in America is very small and lacks training and experience, which fighting in Syria and Iraq would provide. Returning jihadi veterans would be more formidable adversaries. Still, the threat appears manageable using current U.S. laws and existing resources.

Concern that al Qaeda's affiliates in Syria and the Islamic State in Iraq and Syria (ISIS) would inevitably employ their foreign fighters to launch terrorist operations against U.S. targets or in the United States was one of the principal reasons given for initiating American military action in Iraq and Syria. But the American bombing campaign now also gives a motive for ISIS to counterattack.

Of greatest concern is a scenario in which Western volunteers who initially went to fight in Syria or Iraq are recruited, trained and supported for terrorist operations in the West. Determined to pursue its strategy of attacking the “far enemy,” al Qaeda's central command deployed the Khorasan group, a cell of seasoned jihadist veterans from Afghanistan and Pakistan, to Syria to recruit and equip suitable Westerners for terrorist attacks outside the region. The first U.S. bombings in Syria targeted the Khorasan group.

U.S. government sources report that more than 100 Americans have attempted to go or have gone to Syria to join the various rebel formations — in particular, al Qaeda's affiliate Jabhat al-Nusra or ISIS. Twenty of these volunteers have been publicly identified as a consequence of arrests and prosecutions in the United States or as a result of their deaths in Syria, some as suicide bombers.

It is too few to draw a reliable group portrait of this particular cohort of American jihadists. However, at least 124 Americans have gone or have attempted to go abroad to join jihadist fronts in Afghanistan, Pakistan, Somalia, Yemen and more recently, Syria.

Their motives for going abroad are diverse and include religious fervor, jihadist ideology, a determination to defend Islam against infidel aggression, wanting to participate in an epic struggle, a thirst for adventure or the desire to prove oneself as a warrior. Some of those initially going to Syria went in response to the Syrian government's brutal campaign against the rebellion, but as the nature of the armed resistance changed, jihadist ideology and ISIS's highly publicized extreme violence became the principal recruiting appeal.

The evidence is still sketchy, but there are indications that joining jihad may transcend its religious and ideological precepts and slide into popular culture as an expression of broader rejection of today's society and resistance to the existing establishment.

Training abroad does not appear to have been a significant factor in motivating post-9/11 terrorist attacks, but nine of 35 Americans who fought or received training abroad were accused of plotting terrorist attacks after their return to the United States. They did not get very far in their planning. And only one of the returnees — Faisal Shazad, the Times Square bomber — actually carried out an attack, and that attack failed.

Overall, there have been more than 40 plots by homegrown jihadists to carry out terrorist attacks in the United States since 9/11, of which the authorities uncovered and interrupted 39, some of them through undercover operations. Seven of the plots involved at least one person who had received some kind of experience or terrorist training abroad.

Two deadly terrorist attacks were carried out in the United States by individuals who spent time abroad that may have contributed to their continuing radicalization, but they are not known to have joined up with any terrorist group or received any terrorist training while overseas. The deadliest terrorist attack in the United States since 9/11 was the shooting at Fort Hood carried out by Army Maj. Nidal Hassan, whose only connection with terrorists was through the Internet.

The number of Americans who have gone or tried to go to Syria is still small. Some of those who have gone probably will be killed in the fighting; others will not want to return. Of those who do, not all will have obtained useful experience while abroad. Some will come back disillusioned with no desire to engage in terrorism. Most will be promptly arrested.

American fighters returning to the United States with training and experience add a new dimension to the existing struggle to protect the homeland from terrorist threats. However, it would seem to be a manageable problem for federal and local law enforcement authorities, who are well aware of the threat. Several things are being done.

The federal government, in cooperation with local authorities and community organizations, has launched a new effort aimed at reducing radicalization and identifying those who cannot be dissuaded from pursuing a destructive and self-destructive path.

U.S. government efforts are being intensified at home and abroad to uncover any organized recruiting efforts, identify all of those who have gone abroad and increase international coordination in efforts to intercept those who may try to return.

In dealing with returning fighters, the United States holds to a law enforcement approach. The Justice Department can now arrest and prosecute those who intend to join.

Current U.S. law appears to be adequate — providing material support to a terrorist organization, which includes joining or attempting to join a terrorist group, is already a crime. Rather than being treated as enemy combatants, returning fighters can continue to be dealt with in ordinary courts, where prosecutions have been successful.

Right now, the number of Americans seeking to join the ranks of jihadist groups abroad is small, but authorities are rightfully keeping a close watch on the threat. When it comes to planning and carrying out terrorist missions, competence counts. And, as the world saw on 9/11, it takes but a few trained and determined individuals to mount a devastating and deadly terrorist attack.

Brian Michael Jenkins is senior adviser to the president of RAND Corp. and the author of “The Dynamics of Syria's Civil War.”

This commentary originally appeared on The Hill on November 19, 2014. Commentary gives RAND researchers a platform to convey insights based on their professional expertise and often on their peer-reviewed research and analysis.