An Iran Nuclear Deal Is Still Possible, and Here's Why 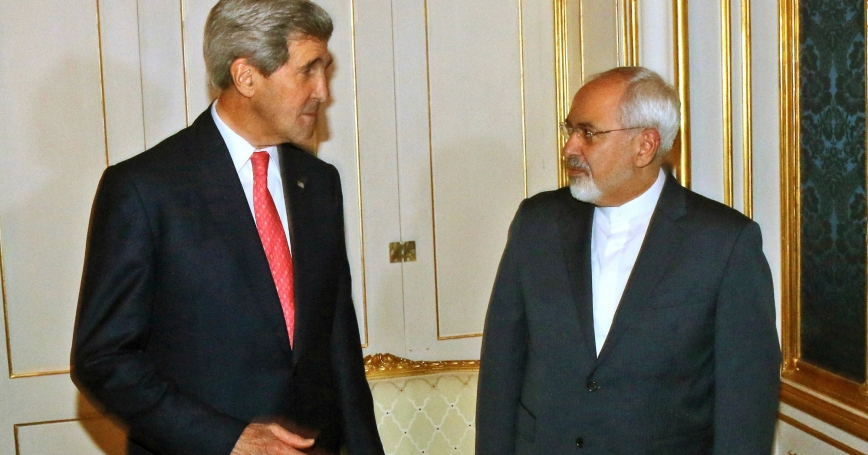 The United States and other world powers returned to the negotiating table this week to try to finalize a nuclear agreement with Iran after announcing a seven-month extension in late November. The extension has raised doubts about whether a final nuclear deal will be possible.

But let's put the situation in perspective. It wasn't long ago that the talk in Washington was all about war with Iran. Today, despite negotiation setbacks, serious discussions on resolving this issue continue, while the interim deal ensures the Iranian program is largely frozen. How did the parties get this far? Rather than engage in a speculative analysis of detailed negotiation positions and possibilities (the details of which only the negotiators in the room really know), it might be more productive to return to some fundamental questions at play as negotiations continue. Here are five:

1) Why did the Iranians come to the table?

The Iranians didn't come to the negotiating table because they are anxious to give up the possibility of becoming a nuclear power. In fact, polling shows the majority of Iranians support Iran's right to nuclear energy and large numbers support an effort to obtain nuclear weapons. But what's changed is that a new Iranian leadership came to power with the election of President Hassan Rouhani in June 2013, and they think Iran is paying too high a price for its nuclear program. Rouhani is certainly no moderate—unabated repression continues since the brutal crackdown of the opposition Green movement in 2009. But Rouhani and his key advisers appear to be pragmatic. They understand that the economic sanctions Iran has endured because of its nuclear pursuits threaten the stability of the Islamic Republic itself.

Oil and banking sanctions have devastated the Iranian economy, even if Rouhani's economic policies have led to some marginal improvement after the downward spiral of the Mahmoud Ahmadinejad era. Rouhani leads a faction of Iranian leaders interested in engaging with the global economy and rehabilitating Iran's image in the region.

Rouhani is not the ultimate decisionmaker in Iran; that honor goes to the country's supreme leader, Ayatollah Ali Khamenei. But it appears Rouhani has had the backing of the supreme leader in the nuclear negotiations. And like Rouhani, Khamenei is almost certainly concerned about the domestic pressures building in Iran, especially from the country's majority youth population. Iran's leaders may be failing their people in a variety of ways, but one skill they have perfected is survival, and a nuclear deal is now looking like a good way to bolster support at home by offering the hope of economic relief.

2) Why does the United States want a deal?

Successive U.S. administrations—Republican and Democratic—have worried about Iran's nuclear ambitions and the possibility that an Iranian bomb could spark a regional arms race and increase the possibility of war in an already volatile region. But the Obama administration has been particularly vocal in putting the prevention of an Iranian bomb by negotiations at the top its foreign policy priorities. A deal with Iran that would disable it from converting nuclear energy into a weapons program would be a major victory for President Barack Obama.

The administration has tried hard to “delink” the nuclear issue from other serious problems. American officials have long been concerned that Iran has a hand in just about every crisis in the Middle East, especially in Syria and Iraq. Consequently, it will undoubtedly be easier to engage Iran over other regional issues if the United States is not in a continuing standoff over the nuclear issue. Consider, for instance, Iran's support of Syrian President Bashar Assad. There may not be any state with more leverage over Assad than Iran, so any resolution of that bloody conflict might require some cooperation with Iran, whether the United States likes it or not.

No, an Iran deal isn't going to turn the United States and Iran into best friends, or even partners who pretend to like each other. But it could make it easier to at least coordinate on some thorny regional issues that would be in both countries' interests to resolve. And it's not lost on many American policymakers that it may not be a bad idea for longer-term interests to at least start mending relations with a country of nearly 80 million people whose population happens to be one of the most educated and pro-American in the region.

For all the fears of Iran exporting its revolution across the Middle East, it has remarkably few, if any, genuine friends in the neighborhood. This may be one of the few things Arabs and Israelis agree on. Iran is a Shiite-majority state in a Sunni-majority region. Especially since the 2003 Iraq War, Iran's neighbors fear Iranian influence is on the rise, with sectarian conflicts only increasing concerns about Iranian power and ambitions. So you would think Iran's neighbors would welcome a deal that would stop Iran from becoming a nuclear power, because they have always worried more about the influence a bomb would give Iran and its proxies than about what Iran would actually do with a bomb (very few leaders in the region, even in Israel, really believe Iranian leaders would be crazy enough to use a weapon that would threaten their survival).

But the neighbors have concerns about Iran that go far beyond the nuclear issue. A deal isn't going to stop their worries about Iran's support for terrorist groups and militias meddling in neighbors' affairs. It's not going to stop its missile program and nefarious revolutionary guard activities. And the crux of the matter is this: In their view, a deal would only enhance Iran's credibility and influence on the world stage at their expense.

Still, if there's really a deal, there may not be much regional players can do to stop it. Israel has threatened military action on numerous occasions, but would it really launch a unilateral attack on Iran in the aftermath of a global agreement, even an agreement they didn't like? Unlikely. The more likely outcome if there's a deal is Israel will try to expose what it expects will be Iranian cheating to keep Iran isolated and sanctions in force. Meanwhile, the United States is likely to dole out all sorts of goodies for regional partners—enhanced missile defense cooperation, arms sales, joint exercises, etc.—to sweeten a deal Iran's neighbors will liken to a bitter pill they are forced to swallow.

4) Can the Islamic State group help facilitate a deal?

Yes. Despite the myriad of forces working in favor of a nuclear deal, there are also plenty of reasons it may not happen. The most obvious reason is that the parties can't find a formula they all can accept to curtail Iran's nuclear program. What is necessary for a deal to succeed is some Rubik's Cube combination of Iran limiting its capacity to weaponize a nuclear energy program (limiting centrifuges for uranium enrichment, neutralizing plutonium production, intrusive international inspections) in exchange for global sanctions relief and acceptance of a civilian Iranian nuclear program.

But securing agreement on the details of a deal everyone can live with may not be possible, particularly given the likelihood of domestic opponents to a deal in both Iran and the United States. And there are other wildcards, such as Russia's ultimate cooperation, never a given with President Vladimir Putin at the helm in Moscow.

Indeed, political impediments are more likely to derail a deal than technical issues. Hard-line elements in Iran may fear a deal will lead to a warming of ties with the United States, ultimately challenging the basic principles of the Islamic Republic and opening the gates to what they view as potential sedition within Iran. The U.S. Congress may also be a source of resistance to a deal, particularly if Israel expresses public alarm about an agreement. But like Israel, Congress' ability to derail a deal may be limited, even with a Republican-controlled Senate. The administration has considerable power to suspend sanctions through executive action, and Congress won't want to be blamed for a premature erosion of international sanctions against Iran.

Finally, a deal itself raises the stakes for all the parties. For even if a deal is reached, it will involve months and years of monitoring by the International Atomic Energy Agency, the UN's nuclear watchdog. Historically, Iran has not always been transparent in its dealings with the agency. Any attempts to avoid its responsibilities under a deal could trigger serious reactions, not just by Israel but also the United States. So even a deal itself marks merely a new phase in what is certain to be a lengthy implementation process.

For now, conditions in Iran, the United States, and the broader region may be working in favor of a nuclear deal. However, nothing is easy in the Middle East. And even if negotiators get to a deal, the regional landscape won't change overnight. But a nuclear deal certainly looks better than the alternatives, and it's doubtful the process would have come this far if there wasn't at least a decent chance of possible success.

This commentary originally appeared on U.S. News & World Report on December 18, 2014. Commentary gives RAND researchers a platform to convey insights based on their professional expertise and often on their peer-reviewed research and analysis.