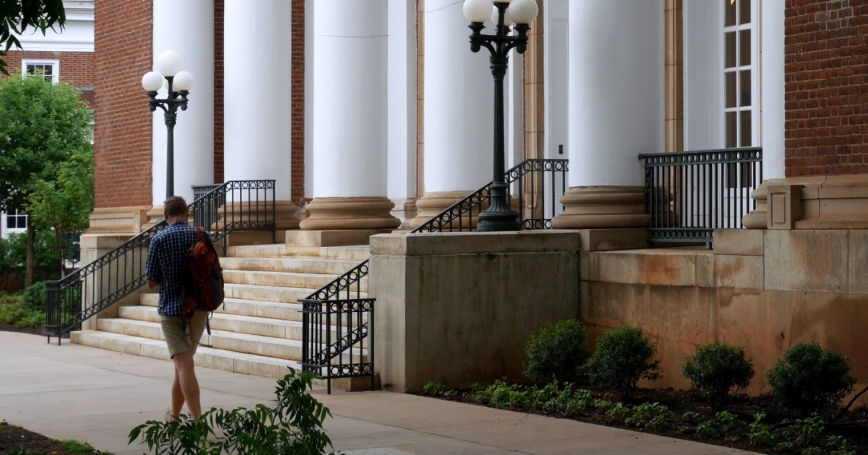 On Friday, December 19, 2014, the Department of Education released its much-awaited “College Ratings Framework” paper. One key goal of the proposed ratings system is to help students, particularly those who are underprivileged, make better, more affordable college choices. Will the new ratings system help achieve this goal?

There are reasons to believe that students from the middle- and lower-income tiers of society are not making affordable college choices. College debt has been rising sharply over the past several years, with $33,000 now being the average amount owed by a graduating student. For poorer students, college debt is even higher, even with financial aid factored in. Furthermore, this figure does not account for the nearly 50 percent of freshmen who will never graduate, in many cases because high college debt forced them to drop out.

Such debt seems high compared with what it should be, especially for lower-income students. The national average for annual college tuition at a four-year public college is a little less than $7,500. At a public community college, it is $3,000. However, the “net price” (i.e., including living costs and supplies), for a stay-at-home, in-state, low-income student, after considering grants and scholarships and living costs, is substantially lower. For example, while tuition at San Jose State University (which, incidentally, is the single largest source of engineers who work in Silicon Valley) is $7,500, equal to the national average, the net price for a stay-at-home student with a family income of $40,000 is $5,500. And the net price for such a student at Foothill College, a community college from which students may transfer to San Jose State University, is $3,300. In such a case, over a four-year period, a student who spends two years at the community college and then transfers to the four-year college will accumulate debt of $17,600, even if the student and his family are unable to contribute anything.

Compared with future earnings, $17,600 seems affordable and sustainable. A fresh graduate can expect to begin earning over $20,000 annually on average, rising to about $40,000 in five years. He should be able to afford to pay 15 percent of his income back annually and thus clear his debt within five years. Note that compared with not going to college, going to college is a preferred choice. Starting earnings for high school graduates average less than $10,000 per year in earnings. This rises to about $14,000 in five years.

Why, then, are lower-income students accumulating significantly higher amounts of debt, even more than the national average? An important cause is delays in the time to completion. Only about 36 percent of enrollees graduate on time—i.e., in four years—and that figure only goes up to 50 percent for those who graduate within six years. Poorer students are more likely to take longer, meaning they must budget at least an extra two years of study, consisting of one extra year in community college and one extra year in a four-year college. This raises projected debt to close to $30,000 and extends the payback period beyond five years.

The cause for late graduation often lies in high remediation needs, meaning many students enter college unprepared and require additional coursework to undertake college-level academics. Other factors, such as the need to work part-time in order to pay for college, can also delay graduation. An implication of this is that most students should plan from the beginning for delayed graduation and plan to have enough resources so that they do not have to take breaks.

Given these challenges, does the new ratings framework seem likely to help? The framework offers eleven performance metrics around which ratings of colleges will be offered. The ratings address different needs, including access, affordability, and performance. They are as follows:

The first four indicators are access indicators and measure a college's enrollment of low-income students. The next three indicators measure the affordability of college. The final four indicators measure how well students perform. By categorizing several of the metrics by family income category, the metrics will help low-income students better understand how to plan for appropriate time and resources for their education. Further, the labor market success indicators will, for the first time, make available information on whether earnings after graduation from a particular college meet minimum earnings thresholds.

Overall, then, the framework is a step in the right direction. Still, some gaps remain that policymakers should address.

First, students need tools to address issues that arise during college, but that were not fully expected at the time of joining college. These include a better understanding of the impact of unexpected factors such as the need for more extensive remediation than expected. They also need a better understanding of the financial impact of making decisions on delays and deferrals of credits. All these factors delay time to graduation and lead to longer debt repayment periods. One solution is to provide students with an online tool that they can use throughout their college career to assess the impact of such mid-course corrections.

Rafiq Dossani is director of the RAND Center for Asia Pacific Policy (CAPP) and a senior economist at the nonprofit, nonpartisan RAND Corporation.