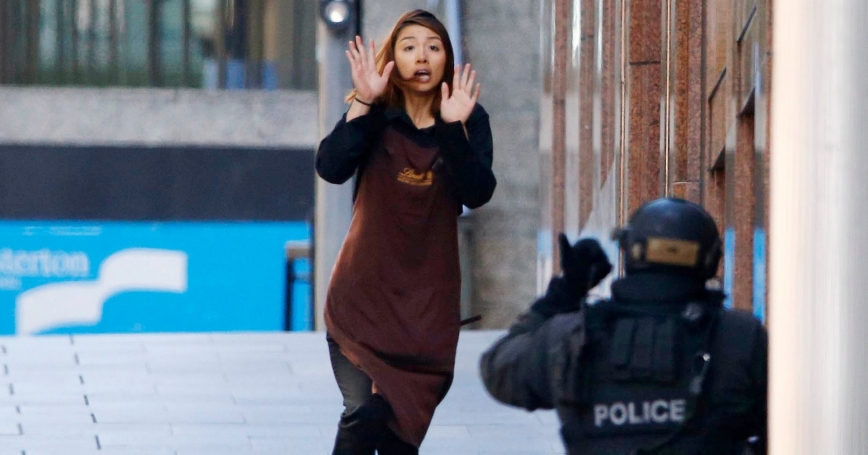 A hostage runs toward a police officer outside Lindt cafe, where other hostages are being held, in Martin Place, Sydney, December 15, 2014

A 16-hour hostage standoff in a Sydney café ended in tragedy early yesterday morning. Along with the alleged perpetrator, two of the 17 hostages were killed during a raid after police reportedly heard gunfire from within and stormed the premises.

As the world mourns those lost in the crisis, investigations have begun examining the efficacy of Australia's anti-terrorism measures and details about the background and motives of the gunman.

At the same time, terrorism experts like Angel Rabasa, a senior political scientist at RAND and veteran of the U.S. Departments of State and Defense, are reflecting on where else such an attack could emerge. Appearing on CNBC yesterday, Rabasa said the threat is widespread:

“What happened in Australia could happen in a number of other places—not only in Europe and the United States, but also in the Asia-Pacific region. It could happen in Singapore, Indonesia—there were several major terrorist attacks in Indonesia over the last decade—in Malaysia, even in China.”

This particular kind of threat is very difficult to contain, said Rabasa. He attributed this to numerous factors, including the rise of ISIS and the flood of foreign fighters they've inspired, a topic covered extensively by Rabasa's colleague, Brian Michael Jenkins, in a recent report on the threat of Western jihadists returning home from Syria and Iraq.

“There are … between 12,000 and 15,000 foreign fighters with ISIS. And they come from over 80 countries around the world. These are people that are becoming radicalized. They're learning [how to execute] bombing, assassinations. And they're going back to their home countries and can become a very, very serious threat.”

Rabasa discussed the measures that governments, particularly European ones, are taking to block the flow of foreign fighters. Many are confiscating their passports, while UK lawmakers have introduced legislation to prevent nationals fighting with ISIS from returning home for two years, unless they accept certain stipulations.

Intelligence and security agencies are trying to identify and monitor foreign fighters, said Rabasa, but this represents a significant challenge. Moreover, individuals currently living within other countries could be inspired by ISIS's message to carry out attacks independently, as Rabasa expects happened in Sydney.

“There's probably now the greatest threat of jihadi terrorism than at any point since 9/11,” he said.