Is the North Korean Regime Out of Control? 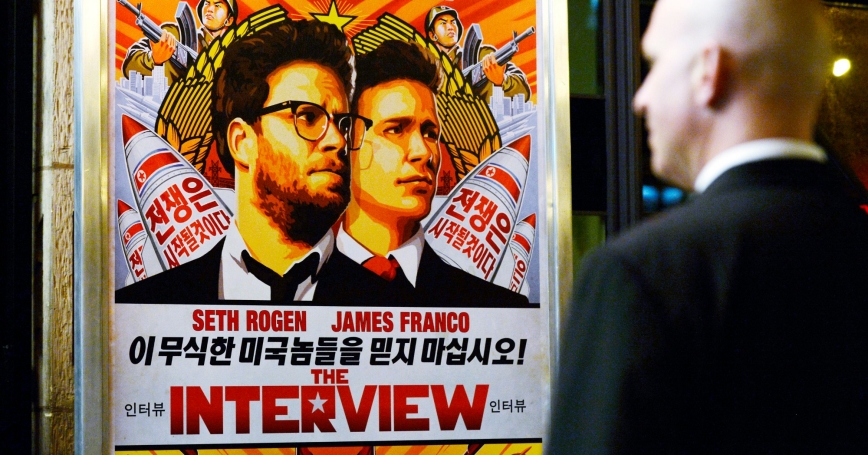 A security guard at the entrance of United Artists Theater during the premiere of the film 'The Interview' in Los Angeles, December 11, 2014

The North Korean regime has decried U.S. allegations that it is behind the cyber attacks on Sony Pictures Entertainment. But is the attack North Korea's latest international provocation, about which the North Korean denial is a lie, or is it another sign that the regime is spinning out of control?

Evidence compiled by the FBI and other U.S. government organizations points clearly toward North Korean involvement. But it is impossible to know if top leaders of the Kim Jong-un regime sanctioned the attack, or if it was carried out by some other part of the government without the leadership's knowledge and consent.

While it is not yet known who, or what, was behind this week's Internet outage in North Korea, the regime is worried about the proportional response threatened by President Obama. The damage done to Sony Pictures, its employees, and many others might amount to $200 million or so. This is a significant though still modest amount by Western gross domestic product standards, but perhaps as much as 1 percent of North Korean GDP.

It is always possible that the regime did order the cyber attack and is now denying the responsibility to avoid a proportional response it cannot afford (it had likely expected a hack would remain plausibly deniable).

Pyongyang's call for a “joint investigation” of the Sony hack could support either scenario.

If the regime is indeed responsible for the cyber attack, which seems likely, it presumably wants a “joint investigation” where it would hope to deceive U.S. investigators or simply stall them until other events might prevent a U.S. response.

By analogy, in May of this year, North Korea agreed with Japan to investigate cases of abducted Japanese citizens, but the North has since been stalling. Why would anyone expect better North Korean behavior on the Sony Pictures case?

If the North Korean regime is not responsible for the cyber attack, it would hope a joint investigation would secure U.S. help in identifying the guilty parties within its government so that it can attempt to reestablish control. But would the regime really be willing to open up its cyber warfare organization to an investigation with U.S. participation? And would the U.S. government really want to help the North Korean regime overcome its sources of instability?

There is little doubt that Kim is concerned about his control over the government. For example, he ordered the execution of his uncle a year ago and many members of the uncle's extended family at that time and since. He has purged the North Korean defense minister four times in three years.

An unauthorized hack of Sony would only add to Kim's worry over the extent of his regime's internally induced instability.

One way the world may find out if the hack was carried out by out-of-control government operatives is how the regime responds. If the North Korean regime feels that it is facing more serious instability, it will likely turn to diversionary behavior such as a fourth nuclear test, another long-range missile test, or another attack on South Korea.

Such provocations would be a sign that Kim is again worried that his control over the North Korean government and its people may be slipping.

This commentary originally appeared on Newsweek on December 23, 2014. Commentary gives RAND researchers a platform to convey insights based on their professional expertise and often on their peer-reviewed research and analysis.