Gay Marriage Gains Support, but It's Still a Partisan Issue 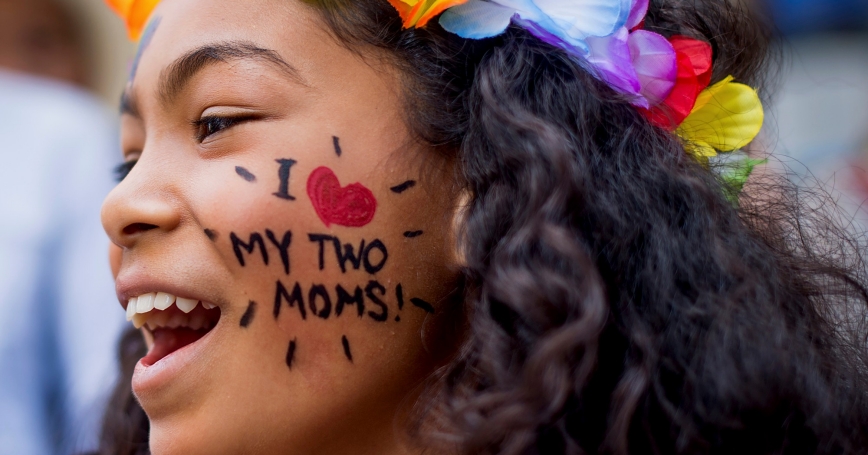 In November, RAND surveyed members of the American Life Panel (ALP) leading up to the midterm elections. These surveys asked ALP participants about their beliefs and opinions about a number of important current issues.

National Attitudes Toward Legalization of Gay Marriage: 62.4 Percent in Support

On Oct. 5, 2014, the Supreme Court announced that it would not review several federal appeals courts decisions against bans on same-sex (“gay”) marriage, which effectively meant same-sex marriage would be legal in 24 states.

Following this announcement, one set of questions we asked focused on people's attitudes toward the legalization of gay marriage. We first asked whether they favored legalizing or prohibiting gay marriage, then we asked if they thought the legality of gay marriage should be decided by each state, for all states based on the U.S. Constitution, or if they were unsure. The exact questions from the survey are presented in this supplemental document.

Support for the legalization of gay marriage is significantly higher in states where it was legal prior to Oct. 5, 2014 than in states where it is not legal or was made legal by the court after the announcement by the Supreme Court. Regardless, in all state types, including those where gay marriage is not currently legal, the majority of citizens favor its legalization.

The majority of respondents—54.9 percent (+/- 2.6 percent)—also feel that laws regarding same-sex marriage should be decided as a federal matter based on the U.S. Constitution, rather than on a state-by-state basis.

While the nation overall supports the legalization of gay marriage, it is still a distinctly partisan issue.

After holding a range of factors constant (including age, gender, race/ethnicity, marital status, employment status, educational attainment, and household income), an individual's reported likelihood of voting for a Republican candidate for the House of Representatives in the midterm election was strongly associated with lower odds of supporting the legalization of gay marriage.

The likelihood of supporting legalization of gay marriage is significantly lower as level of Republican support increases. At the extreme, an individual who reported being 100 percent likely to vote for a Republican candidate was one-tenth as likely to support the legalization of gay marriage as someone who reported 100 percent likelihood of voting for a Democrat.

Respondents who reported being 100 percent likely to vote for “someone else” (non-Democrat or non-Republican) were not significantly different from Democrats. Individuals with lower household incomes, with less than a college degree, who are non-white, and who are older, were also less likely to support legalization of gay marriage (all else equal).

Attitudes on Gay Marriage Are Changing Over Time

What sets our results apart from those collected by typical election polls is that we survey the same respondents repeatedly, many over the span of years. This allows us to observe how individuals' responses change over time. As previously mentioned, the question we asked about legalizing gay marriage is exactly the same as one we asked in September 2010.

A number of people who participated in our third midterm election survey also completed the 2010 survey that included the same gay marriage question. Using this unique data, we are able to compare how individuals feel now, compared to how they felt nearly four years ago.

As outlined in our methodology report, we weight responses to match the Current Population Survey and account for differences between those who don't respond to both surveys. Figure 3 presents a comparison of the 549 individuals we observed in both September 2010 and October 2014, and shows an increase in how the same individuals feel about gay marriage.

In 2010, 50.8 percent of them supported legalizing gay marriage. Now, 64.0 percent (+/- 4.0 percent) of the same people support gay marriage. However, this is not a statistically significant difference, given the 95 percent confidence interval we usually use in our RAND Midterm Election Survey blog posts. In general, as sample size decreases, it becomes more challenging to reach a given level of confidence in a result because there are fewer cases on which to base our conclusions. The individual level change we are able to measure in the survey is based on only one-fifth the number of people we have for the 2014 national snapshot. (Of the 1,278 respondents in 2010, 1,222 are still members of the American Life Panel, but the short response window to the current survey may have precluded all of them from responding this week). In order to state that the increase in support for the legalization of gay marriage is statistically significant at the individual level, we must use an 85 percent confidence interval, rather than 95 percent.

Overall, the survey provides evidence that the majority of voters support the legalization of gay marriage and a majority believe it should be decided at the federal level. In the past four years, the level of support for gay marriage has increased significantly—not just at the national level, but also arguably at the individual level.

While the nation as a whole supports gay marriage, support is a strongly partisan issue, with Republicans substantially less likely to support legalization, holding many other factors constant. Lower income, lower educational attainment, being older, and being non-white are also significantly associated with lower levels of support.

The results are based on a survey of 2,718 members of the ALP between 12:01 a.m. Sunday, October 12 and 11:59 a.m. Saturday, October 18. As with other surveys, we weight responses to ensure that results are representative of the national population, matching to the 2014 Current Population Survey. Additional information about the sample and the weights are available in our methodology report.

This commentary appeared on Newsweek on January 3, 2015. It was originally published on The RAND Blog on December 29, 2014.