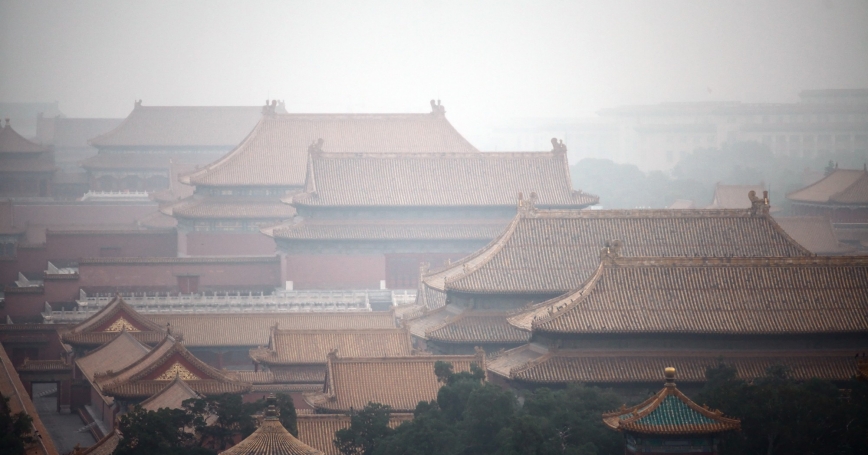 China's economic transformation over the last three decades can be measured not just in yuan, but also in the amount of potentially deadly air pollution the Chinese people inhale every day. In virtually every major urban area across China, concentrations of air pollutants exceed standards recommended by the World Health Organization. And while the Chinese government recognizes this and has responded, more could be done and at a cost that is hardly too dear. Our research shows that an investment of $215 billion annually could substantially reduce pollution, lessen its drag on productivity, spare the lungs of countless people, and save lives.

While $215 billion is certainly not a small amount, it shrinks when compared to the impact air pollution has on the Chinese economy. Health impacts and lost labor productivity costs are estimated at 6.5 percent of China's gross domestic product. Applying that figure to China's 2012 GDP of $8.2 trillion implies that reducing air pollution in China to levels considered acceptable by WHO would yield annual benefits of more than $500 billion.

The first step and the one with the highest payoff would be to substitute natural gas for coal for residential and commercial use. Boilers and stoves fueled by coal, wood, or wastes are notorious for emitting pollution. The detrimental health effects of emissions from these sources on health and life expectancy in China, especially northern China, have been well documented. At a cost of between $32 billion and $52 billion a year, this step would appear to be a bargain.

Next, China should commit to the more costly step of shutting down half of its coal-fueled power plants and replacing them with cleaner electricity-generating technologies that rely on natural gas, nuclear, and renewables for fuel.

Coal is used to generate a very large share of China's electricity, 79 percent in recent years. The U.S., by comparison, generates about 40 percent of its electricity from coal. To reach healthy air quality levels, China would have to replace a substantial amount of coal-fired electric power, especially in or near major population centers.

A third step would be accelerating the scrapping of so-called “yellow tag” motor vehicles, meaning older, highly polluting cars and trucks. China is already moving in this direction. More than a third of these vehicles that were on the road in 2012 are to be scrapped by the end of 2015. Still, this program should be accelerated as soon as possible through a buy-back program. Such a program has been successful in Dongguan, Guangdong Province.

There are currently more than 14 million vehicles on the road in China that have rudimentary pollution control equipment or none at all. Scrapping such vehicles in 2009 would have eliminated 70 percent of carbon monoxide, 70 percent of volatile hydrocarbons, 61 percent of nitrogen oxides, and 76 percent of particulate matter emitted by automobiles in China in that year. The one-off costs of scrapping highly polluting vehicles could run $21 billion to $42 billion.

Beijing has long been sensitive to public concern over its air pollution problems and, while it has enacted reforms and promised others, more needs to be done and soon. In his report to parliament last spring, Premier Li Keqiang said China would “declare war on pollution.” The three steps we suggest would be a worthy and cost-effective start.

Keith Crane is director of the Environment, Energy, and Economic Development Program at the nonprofit, nonpartisan RAND Corporation.

This commentary originally appeared on U.S. News & World Report on January 17, 2015. Commentary gives RAND researchers a platform to convey insights based on their professional expertise and often on their peer-reviewed research and analysis.