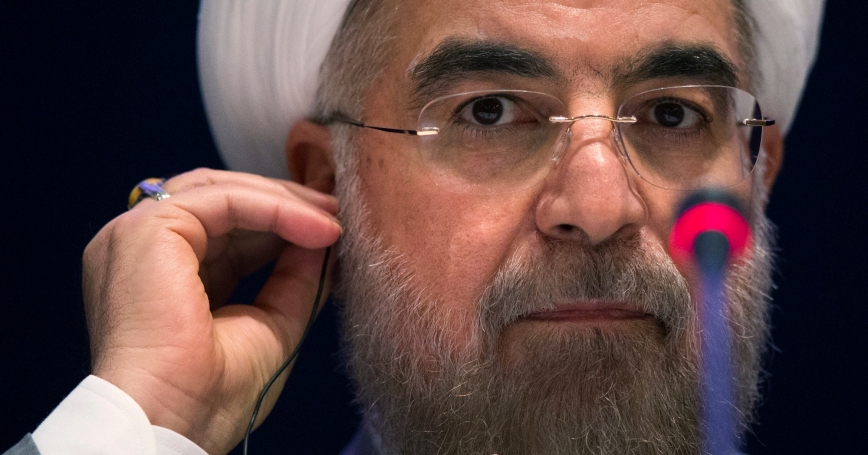 The new Congress is racing to pass legislation that would impede a nuclear deal with Iran before the White House and Iran can conclude such an agreement. Meanwhile, executive branch negotiators are reportedly accelerating discussions with their Iranian counterparts in an effort to reach a deal before Congress can institute new sanctions that, the White House believes, would kill the prospects for a diplomatic agreement.

As a co-equal branch of government, Congress has the right—indeed, the responsibility—to oversee executive branch efforts to resolve the Iranian nuclear crisis. However, Congress's sudden dash to preempt ongoing negotiations undermines, rather than advances, U.S. efforts to peacefully eliminate the threat of an Iranian nuclear weapon. Congressional pressure can have a more productive impact with fewer negative consequences if it waits until the negotiations' June 30 deadline to consider new sanctions legislation.

Republican leaders in Congress (with the support of quite a few Democrats) argue that the threat of new statutory sanctions would improve chances for negotiating an acceptable deal by convincing Tehran that the costs of holding out are about to go up. Draft Senate legislation would expand economic sanctions on Iran unless the United States and its partners reach a final deal with Iran that meets certain conditions specified by Congress. On January 29, the Senate Banking Committee is scheduled to mark up the Nuclear Weapon Free Iran Act of 2015, which echoes a bill by the same name that garnered bipartisan support in the 113th Congress. Senate Majority Leader Mitch McConnell (R-Ky.) has pledged an early vote on Iran sanctions legislation, suggesting that the full Senate would take up the issue before negotiations are scheduled to conclude.

But U.S. negotiators will not be strengthened by congressional efforts to play “bad cop.” Iranian leaders are well aware, even without explicit new U.S. legislative penalties, that their window for a deal is closing and that additional sanctions are in store if negotiations do not yield an agreement. President Obama made clear that he would support such penalties at that point, asserting, “If Iran proves unable to say yes … I would be the first to come to Congress and say we need to tighten the screws.” In contrast, the president stated he would veto legislation that imposes new sanctions while negotiations are ongoing.

In fact, new statutory sanctions would likely strengthen the Iranians' hand, not pressure them to make concessions. Congressional ultimatums will make it appear as if the United States is pursuing a permanent sanctions regime as an end in itself rather than as a tool to achieve non-proliferation objectives, thereby casting the United States in the role of spoiler and empowering Iran to walk away from the table. Even if legislation would only impose additional sanctions if negotiators are unable to reach a deal that Congress considers acceptable, passage of such a law now would be seen as proof that the United States is determined to keep Iran isolated.

If Washington is seen as the culprit in diplomacy's collapse, international support for the U.S.-driven sanctions regime—a key element of its success—would wither. Indeed, British Prime Minister David Cameron, whose government is a significant partner in maintaining pressure on Iran, joined Obama last week in arguing that passage of further sanctions by Congress would “fracture international unity.” The weakening of the existing multinational sanctions regime would help the Iranian regime far more than new sanctions would squeeze it.

If Congress waits until June 30 to consider new sanctions legislation, it will be in a better position to use sanctions to either punish Tehran for failing to accept a deal or pressure Iran to implement the steps it agreed to undertake. At that point, if negotiators are unable to reach a long-term, comprehensive agreement, Congress could argue that Iranian intransigence had prevented a diplomatic solution, thereby presenting Tehran as the spoiler. The collapse of negotiations would place the administration and Congress more or less in sync on the need for new sanctions as punitive measures, which means that the president will be less likely to veto new sanctions legislation. Furthermore, U.S. allies and partners, having seen that diplomacy had run its course, would be more likely to join the United States in tightening economic restrictions on Iran.

If negotiations do produce a comprehensive agreement, the Iranian regime will have put its signature on a plan of action that will presumably oblige it to limit uranium enrichment and subject its nuclear sites to intrusive international inspections and safeguards. If Congress were to take up the question of new sanctions then, it could impose new penalties that would take effect if Iran were to renege on the specific commitments it made under the deal. The trigger for such sanctions would therefore be Iran's failure to uphold its end of the bargain, meaning Tehran—not the United States—would be responsible for their imposition. International support for the sanctions regime would likely remain strong if new penalties were triggered by Iran's violation of an agreement rather than U.S. unilateral ire.

Obama has asserted that “no deal is better than a bad deal.” Passage of new sanctions by Congress in the midst of negotiations, which Tehran would present to the world as proof of U.S. intransigence, would very likely ensure that no deal is reached and undermine international support for Iran's continued economic isolation—leaving the United States with few political or economic tools for reining in Iran's nuclear program. Congress would better serve U.S. interests by allowing negotiations to run their course and only then considering the use of sanctions—to enforce a deal if one is reached, or to react to diplomacy's failure.

Larry Hanauer is a senior international policy analyst at the nonprofit, nonpartisan RAND Corporation. His current research focuses on Congress's options for shaping the implementation of an eventual nuclear agreement with Iran.

This commentary originally appeared on The Hill on January 23, 2015. Commentary gives RAND researchers a platform to convey insights based on their professional expertise and often on their peer-reviewed research and analysis.