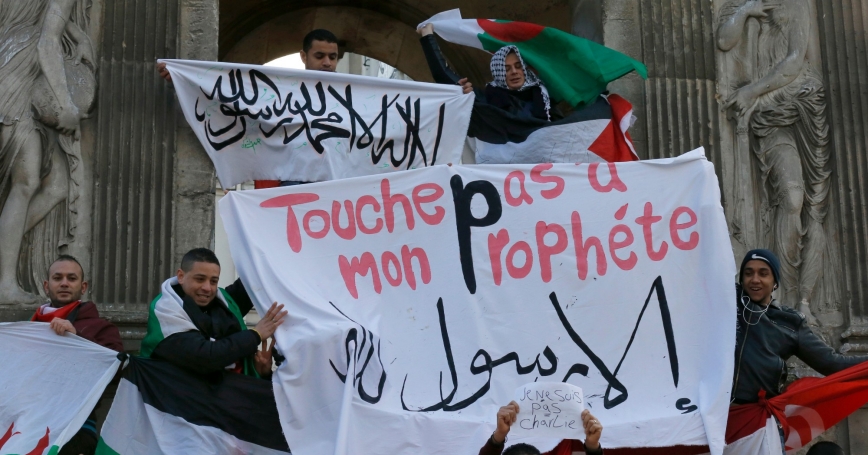 French Muslims hold an Islamic flag and a banner reading "Do not touch my prophet, anything but the Messenger of Allah" in central Paris January 18, 2015

What can we learn from the recent terrorist attacks in Paris? Here are eight lessons.

1. Terrorism has many audiences. The terrorist attack at the offices of Charlie Hebdo in Paris caused worldwide revulsion, provoked denunciations by Muslim leaders, and prompted millions to march for the right of free expression, which, according to French authorities, was the largest demonstration in French history. In other words, from the terrorists' perspective, the bloody attack was a great success....

Brian Michael Jenkins is senior adviser to the president of RAND Corp. and the author of “The Dynamics of Syria's Civil War.”

This commentary originally appeared on Slate on January 23, 2015. Commentary gives RAND researchers a platform to convey insights based on their professional expertise and often on their peer-reviewed research and analysis.