Go Back to Basics to Reform Homeland Security 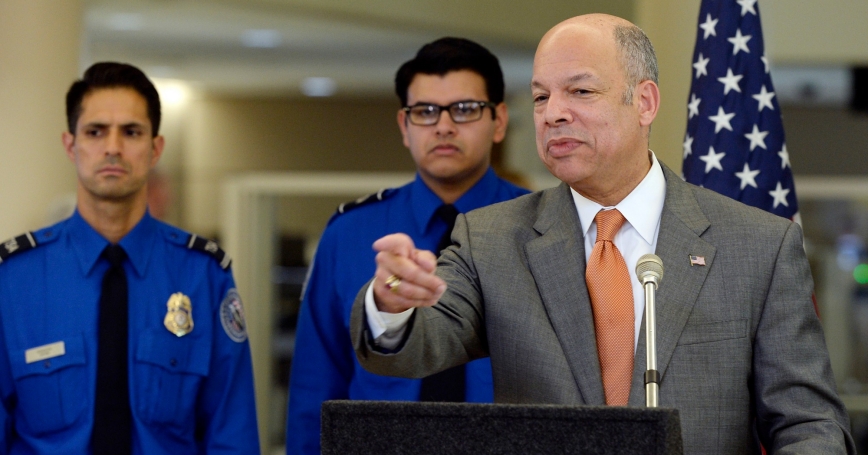 The Goldwater-Nichols Act in 1986 made the broadest and most sweeping changes to the Pentagon since its establishment by the National Security Act of 1947. In the years since, it's come to stand as the embodiment of the best type of legislative oversight—implementing thoughtful, serious and reasoned reforms to address specific bureaucratic failures, identifying inefficiencies and service rivalries within the Defense Department. It worked and made government better.

The legislation helped clarify roles and responsibilities, elevated the importance of strategy formulation, provided more efficient use of resources, improved administration, staff management and effective operations, and—perhaps most important—built a unifying culture within a diverse department. Technically known as the Department of Defense Reorganization Act of 1986, Goldwater-Nichols strengthened the power of the chairman of the Joint Chiefs of Staff and ushered in a dramatic shift in the balance of power from the armed services to the combatant commanders, so that the Army, Navy and Air Force assumed responsibility for manning, training and equipping the force, while the combatant commanders were responsible for operational employment of trained and ready personnel.

It was also an important recognition that bureaucratic problems become apparent only with time—and that Congress can't just set something up, hand it over to the executive branch and forget about it.

That situation is almost exactly where we find ourselves now with the Department of Homeland Security, established just over a decade ago in a hurried manner in response to the failures of Sept. 11. On Thursday, DHS Secretary Jeh Johnson will provide his own State of Homeland Security address at the Woodrow Wilson Center. He'll no doubt celebrate some of DHS' successes, but his address also provides an opportunity to debate a larger topic: It's time for DHS to have a Goldwater-Nichols of its own.

The Homeland Security Act of 2002 formed DHS by melding 22 disparate agencies into the third-largest Cabinet-level department. Given the rapidity with which the department was formed, it should be no surprise that the result was a loose confederation of components—such as the Transportation Security Administration, Secret Service, Federal Emergency Management Agency and U.S. Coast Guard to name a few—overseen by a relatively small and under-resourced departmental staff. In a sense, the Homeland Security Act of 2002 provided the rationale for the department but left the operational specifics for later. Some of the decisions made in haste make little sense on paper: For example, in the counterterrorism role, DHS is charged with preventing terrorism, while the Federal Bureau of Investigation has responsibility for investigating and prosecuting suspected terrorists.

The cost of those compromises quickly became evident. In its first major test, during Hurricane Katrina in 2005, numerous departmental deficiencies were revealed that prompted Congress to enact the Post-Katrina Emergency Management Reform Act. The law clarified FEMA's role and made reforms to improve DHS' response to national emergencies, yet it had the unintended consequence of creating other paradoxes. For example, the new law gave portions of the biodefense responsibilities to the newly formed Office of Health Affairs that conflicted with authorities given to the Science and Technology Directorate in the original Homeland Security Act.

Things have improved—somewhat. The largely smooth response to Superstorm Sandy in November 2012, the successful management of the flow of illegal aliens—especially unaccompanied children—across the Southwest border and collaboration with the private sector on emerging cybersecurity issues demonstrate how far the department has come. Yet these achievements highlight the wide range of threats and risks confronting the homeland security enterprise, which must be managed at the federal, state, local, tribal and territorial levels, as well as in collaboration with the private sector and international partners. New problems, too, have arisen since 2002: Cybersecurity, potentially one of the most important roles DHS will play in the years ahead, wasn't even on the public radar 12 years ago, when the department was created. Arguably, no other department has such a complex mission—and the toll shows on the workforce. Employee morale remains a critical problem.

Today, DHS leadership under the direction of Johnson is undertaking a “unity of effort” campaign to address many of the deficiencies noted over the department's short history, including a greater emphasis on strategy and collaboration among operational components.

As part of his efforts, a Goldwater-Nichols for DHS is both necessary and appropriate. The first step should be to create specific authorizing legislation for DHS, a goal that House Homeland Security Committee Chairman Mike McCaul (R-Texas) has said is one of his priorities for the 114th Congress. Unlike other federal agencies, DHS has no overarching authorizing statute; such legislation would establish the framework for the department and provide the legal authority to exist and function. Instead, conflicting legislation appliquéd to the Homeland Security Act of 2002 serves as the legal framework for the department. Several subordinate elements have been authorized, yet DHS as a whole has not. This hampers operations and makes reform difficult and complex.

A comprehensive assessment of roles, missions and functions should be completed that would look at the entire homeland security enterprise—including DHS, state and local governments, first responders, law enforcement and the private-sector elements responsible for critical infrastructure and emergency preparedness and response. The assessment must identify where seams and gaps exist and look to potential areas of overlap where efficiencies can be achieved.

Sector coordination has been occurring across the 16 critical infrastructure sectors—such as energy, emergency services, food and agriculture, and critical manufacturing—but this coordination could be enhanced through a comprehensive look at formal roles, missions and functions. One need look only at the recent Ebola outbreak and the response in the United States to identify where seams exist in the U.S. biodefense posture. It was not until after the first cases of the disease were diagnosed in the United States that appropriate treatment guidance was provided and a select number of U.S. hospitals were identified as potential Ebola treatment centers.

Resources appropriate to the task of managing the department must be provided. In the Defense Department, an organization similarly comprising diverse components, the Office of the Secretary of Defense and the Joint Staffs have overarching authority to support the forces in the field, conduct analyses, develop policy and provide active participation in the interagency process. The same capabilities must exist and be appropriately resourced in DHS, with support from both Congress and the Office of Management and Budget. That support means appropriate funding for staffs, analytical capacity that allows for making trade-offs between disparate operational and resource outcomes, and authority to make those choices. We can't protect everything, and DHS today often lacks the ability to make smart decisions about how to allocate its limited resources to best serve the public.

Congressional oversight must also be streamlined; currently, well over 100 congressional entities assert jurisdiction over the department—more committees and subcommittees than oversee the Pentagon. This labyrinthine oversight creates conflicting guidance and hinders DHS from realizing operational effectiveness, achieving efficiencies and progressing toward the development of a functional departmental culture.

To improve operational effectiveness and promote a homeland security identity within the enterprise, the department could also stand up a combined staff—similar to DOD's Joint Staff—made up of the most talented personnel from across the homeland security enterprise. The combined staff would serve as an important coordination body, focusing on operational perspectives and strategy, and the use of assets, and help guide research, development, acquisition and expenditures. Building such an identity would result in leaders who think corporately about the homeland security enterprise, rather than about only their component. Future promotion consideration could be tied directly to service on the combined staff to ensure that these positions are coveted and seen as career-enhancing and professionally rewarding.

Improvements in information sharing must continue to be institutionalized. Much effort across the department currently goes into this mission, but barriers still exist. Silos across law enforcement limit information sharing and the ability to counter transnational networks that cross multiple silos. State fusion centers have improved significantly since they have been in existence, but the consistent flow of information takes practice and exercises are key. Technical barriers also continue to be a challenge. With each incident, concerns are raised about interoperability in communications and sharing of information.

These points are, of course, only the beginning of the reforms and discussions that a DHS version of Goldwater-Nichols could address—but it's a debate that we need to start. Too often, legislative reform comes only after a disaster publicizes problems those inside the organization knew about all along. Today, we have the opportunity to make these changes in advance—in the hopes that addressing them now will stop that unknown disaster from unfolding in the first place.

Daniel M. Gerstein works at the nonprofit, nonpartisan RAND Corporation. He was the acting undersecretary and deputy undersecretary in the Science and Technology Directorate of the Department of Homeland Security from 2011 to 2014.

This commentary originally appeared on Politico on January 27, 2015. Commentary gives RAND researchers a platform to convey insights based on their professional expertise and often on their peer-reviewed research and analysis.