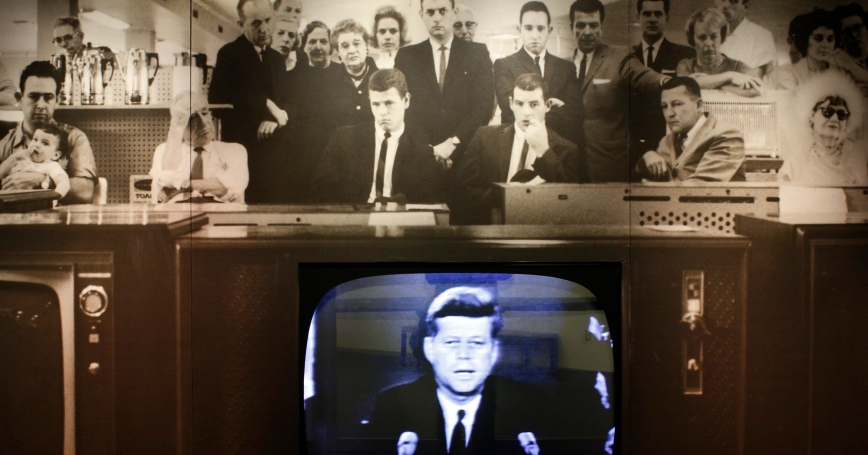 An exhibit on the Cuban Missile Crisis at the John F. Kennedy Library in Boston

By most measures of national security, the world is getting safer. So why do we feel so insecure?

This commentary originally appeared on The American Interest on December 23, 2014.

President Obama observed this June that “if you had to choose any moment to be born in human history…you'd choose this time. The world is less violent than it has ever been.” While his proposition may seem incongruous with the present cavalcade of crises across Eurasia, the evidence suggests that the world is indeed becoming more secure. With Thanksgiving just behind us and the new year fast approaching, we should all give thanks.

Consider nuclear dangers. During the Cuban Missile Crisis, which the late historian Arthur Schlesinger, Jr. famously called “the most dangerous moment in human history,” John F. Kennedy believed there was at least a one-in-three chance of nuclear war between the United States and the Soviet Union; 20 years later, a top adviser to Ronald Reagan, Richard Pipes, put that figure at two-in-five. Recently declassified documents establish, moreover, how close the Americans and Soviets came to the precipice of nuclear war in September 1983. Leading U.S. officials of the Cold War period spoke with equanimity about civilization's ability to survive a nuclear exchange—so ingrained was the concept of mutually assured destruction in establishment defense planning. In July 1981, speaking at his hearing to be confirmed as Director of the Arms Control and Disarmament Agency, Eugene Rostow reassured Senator Claiborne Pell that “[t]he human race is very resilient.” “Some estimates,” he went on to note, “predict that there would be ten million casualties on one side and 100 million on another. But that is not the whole of the population.”

Today, thankfully, the probability of a nuclear war is closer to zero than it has been at any other point since the dawn of the atomic age....

Ali Wyne is a member of the adjunct staff at the RAND Corporation and a contributing analyst at Wikistrat.