How Much Are You Paying for Health Care? 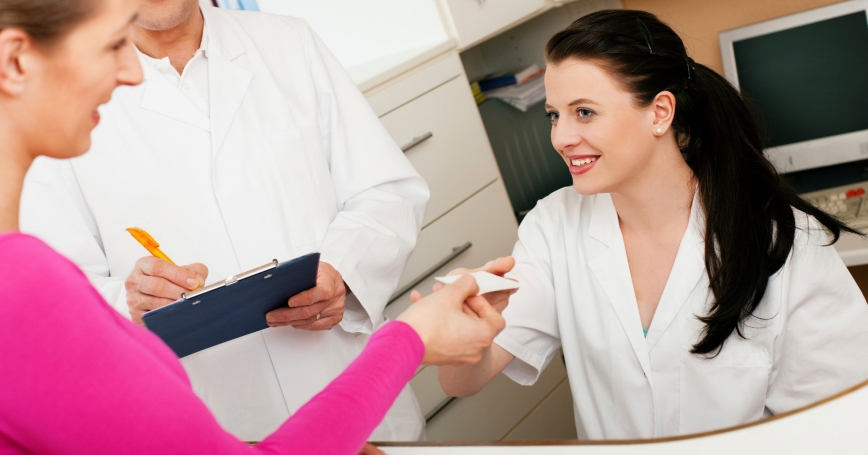 Americans devote about 17 percent of gross domestic product to health care consumption. In 2013, U.S. GDP was $16.8 trillion, and the population was 316 million. Together, these numbers imply that Americans spent about $9,200 per person on health care.

Who is paying for this? Per capita premium spending in 2013 was only about $3,000, according to the Centers for Medicare and Medicaid Services. Because these per capita figures include both insured and uninsured people in the denominator, spending was higher, closer to $5,100 per enrollee, among those with health insurance. Often, much of the spending is financed through employers, who pay for about 70 to 80 percent of the costs of employees' health premiums. However, most economists believe that workers are really bearing the burden of these costs, and that wages would be higher if employers didn't spent so much on health care. Setting aside who pays, if on average each American is spending $9,200 on health care, premiums explain only a fraction of these costs.

Of course, not all health care spending is paid for through health insurance premiums. Two recent studies have highlighted that, even for those with insurance, high out-of-pocket spending on co-payments, deductibles, and uncovered services remains a significant issue in the United States. For example, the Commonwealth Fund estimates that Americans with employer-sponsored insurance spend about 9.6 percent of income on non-premium out-of-pocket costs. A separate Commonwealth Fund study found that 31 percent of insured people with incomes below the federal poverty level spent more than 10 percent of their incomes on out-of-pocket medical spending. According to the national health expenditure accounts, an annual tally of health spending developed by the Centers for Medicare and Medicaid Services, the average American spent just over $1,000 for health care out-of-pocket costs in 2013.

Still, for most people, premiums and out-of-pocket costs don't reach 17 percent of income, the level needed to fully explain national health spending. One additional piece of the puzzle is taxes. Most people pay a variety of taxes to states and the federal government to support programs such as Medicare and Medicaid. According to recent studies from the Center for Budget and Policy Priorities, Americans spent about $160 billion on state taxes and $772 billion in federal taxes to support Medicare, Medicaid, and CHIP, the nation's three largest public health programs. This implies that $932 billion in spending, about 31 percent of all health spending in the U.S., is financed through tax payments. On average, that amounts to almost $3,000 in taxes per person—about as much as people spend on health insurance premiums.

These average payments can vary substantially across the population. In a recent analysis some RAND coauthors and I conducted for the state of Vermont, we found that total payments to support health care, including premiums, out-of-pocket payments, and taxes were more than 10 times higher among individuals in the top 5 percent of the income distribution compared to individuals with incomes low enough to qualify for Medicaid. Tax payments also vary across states, both because states use different mechanisms to raise revenue for health spending and because some states rely more heavily on net federal inflows to support their health consumption than others. Vermont, for example, is a net winner when it comes to federal support—receiving more in aid from the federal government than it contributes in taxes. Individuals' sources of health insurance also have an important impact on health care spending. A low-income individual on Medicaid, for example, typically spends much less than a low-income person with employer-sponsored health insurance.

One consequence of the current health care financing approach is that consumers may not be aware of how much they are spending. Payments made by employers and through taxes may be particularly opaque. This lack of clarity makes it difficult to make rational spending choices and to determine whether the services are worth the money. Another consequence is that many people may have unrealistic expectations about the cost of health care, and what they should expect to pay to maintain current levels of consumption. The Affordable Care Act, for example, exempts people from the individual mandate if premium contributions for the cheapest available plan exceed 8 percent of income. Spending more than 8 percent of income on health care is not unusual but, because of the complex way health care is financed in this country, many people may be unaware of how much they are really contributing.

This commentary originally appeared on The Morning Consult on January 15, 2015. Commentary gives RAND researchers a platform to convey insights based on their professional expertise and often on their peer-reviewed research and analysis.