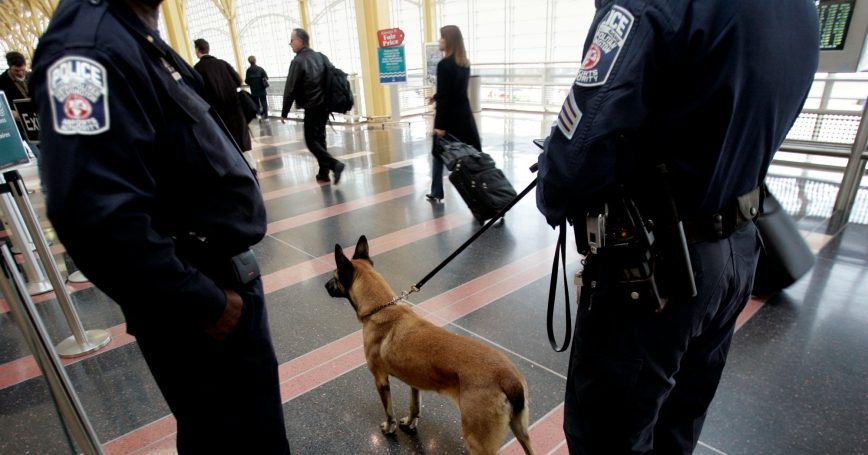 Authorities have been remarkably successful in keeping Americans safe since 9/11, but the changing nature of the terrorist threat puts ever greater emphasis on the need for effective domestic intelligence efforts. There is widespread agreement that the U.S. domestic security apparatus must be improved, although not at the expense of civil liberties and personal privacy. That is the fundamental conclusion of a just-released report, “Domestic Security,” by Business Executives for National Security (BENS).

One may understandably ask why, nearly 14 years after 9/11 during which U.S. intelligence programs and procedures have been examined, prodded and reconstructed several times, BENS felt it necessary to conduct yet another study. As a member of the BENS Practitioners Panel, which reviewed the findings and helped shape the final report, the rationale was clear. Intelligence is difficult to do and hard to get right, and while improvements have been made, some stubborn institutional problems persist. More importantly, terrorism has evolved.

Today's threat differs significantly from the threat faced in the immediate shadow of 9/11. At that time, the possibility of further centrally directed, large-scale attacks was what worried authorities most. As al Qaeda's ability to project terrorist power declined, concern about homegrown terrorists grew.

Today, the United States confronts a multilayered threat. The geographic expansion of al Qaeda and the creation of new terrorist safe havens in the Middle East and across Africa offer terrorists new launching pads. The civil wars in Syria and Iraq and the creation of the Islamic State in Iraq and Syria (ISIS) have attracted thousands of foreign fighters, including several thousand from Europe, Australia and America — a steady flow of eager volunteers with Western passports and “clean skins” for terrorist planners to recruit, train and turn around for operations in the West.

Both al Qaeda and its jihadist rival, ISIS, exhort those who cannot make it to the jihadist fronts to carry out attacks at home, while local jihadists look forward to a competition between the two organizations to carry out the most spectacular terrorist attacks abroad.

Intelligence services must continue to prevent major terrorist assaults dispatched from abroad, head off new shoe and underwear bombers, intercept individuals returning from jihadist fronts with terrorist intentions, while at the same time uncovering and thwarting homegrown plots. The recent spate of deadly attacks in Europe underscores the necessity for ensuring that intelligence keeps up with the threat. France's intelligence services are highly competent but are simply being overwhelmed by the growing volume of individuals they have to monitor.

The BENS report recommends the creation of a national intelligence enterprise that brings together federal agencies and the nation's 800,000 state and local law enforcement officers. This will require enhancing the FBI-led Joint Terrorism Task Forces and other scaffolds that bridge federal and local efforts. It calls for real-time sharing of information about current counterterrorism investigations and enhancing intelligence analyst capabilities at all levels, which will require training and career incentives.

To bring greater federal focus on domestic intelligence structures, the BENS report recommends that the Office of the Director of National Intelligence, which has tended to focus exclusively on foreign intelligence, take the lead. A national effort will require establishing a domestic threat framework to assess threats and prioritize intelligence needs.

The report concludes that the Department of Homeland Security's Office of Intelligence and Analysis should focus its attention on border protection and transportation security, aggregating intelligence from its component agencies — such as Immigration and Customs and Border Protection — on the front line in protecting the country against foreign fighters and Americans returning from Syria and on aggregating and disseminating intelligence to and from the private sector.

BENS advises consolidating congressional oversight into a handful of committees — more than 90 now share oversight responsibilities. Of all the recommendations, this one will have the steepest hill to climb.

The report does not recommend that the intelligence community be reorganized. BENS members and the Practitioners Panel, including me, felt that another reorganization would do little more than disrupt intelligence operations. Instead, the report suggests adjustments and enhancements to ongoing efforts, presented in the practical language of corporate executives.

Americans who think counterterrorism is what they see on “24” or “Homeland” will find the report about as interesting as a manual on improving carburetor performance. In the real world, counterterrorism is about organization, coordination, interoperability, information flows, institutional cultures and oversight. The BENS report avoids the headline-grabbing hyperbole that usually accompanies such productions. There are none of the ominous “not if, but when” predictions, no dramatic warnings of the dire consequences that will occur unless immediate measures are taken.

Discussions about domestic intelligence are either technical or philosophical. No single report can answer all the questions once and for all. How do authorities deter violence without discouraging free expression? How can they uncover dangerous conspiracies without destroying privacy? At what point does a fantasizing fanatic become a threat to public safety? It would be so much easier if there were clear lines. There are no clear lines. There always will be debate, as there should be.

Brian Michael Jenkins is the senior adviser to the president of the nonprofit, nonpartisan RAND Corporation and served as a member of the BENS Practitioners Panel.

This commentary originally appeared on The Hill on January 30, 2015. Commentary gives RAND researchers a platform to convey insights based on their professional expertise and often on their peer-reviewed research and analysis.