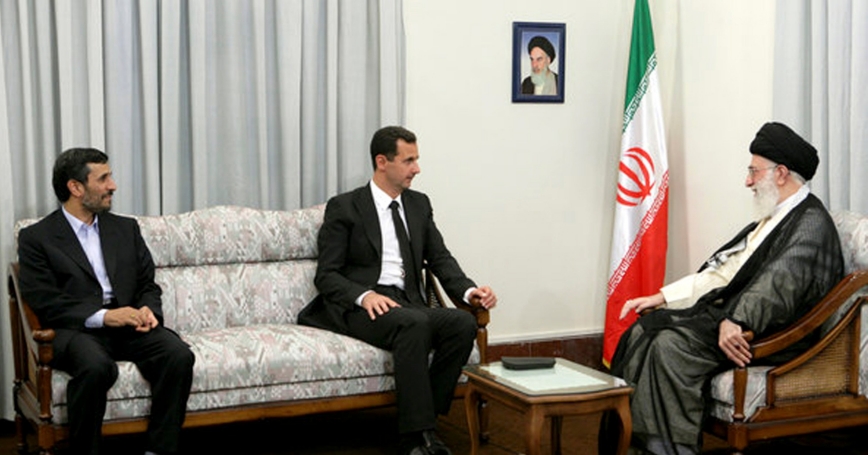 What is Iran doing in Syria? How important is Iran in the ground war?

Iran is playing a crucial role in buttressing President Bashar Assad, through military advice, provision of weapons, and funding of the cash-strapped Syrian government. The Assad regime might not survive without support of Iran and its allies such as Hezbollah.

Where are Iranian forces concentrated? How many are there? What are they doing exactly?

Some Iranians have been killed in Syria, including Iranian Revolutionary Guard General Mohammed Allahdadi in January 2015. But Iran does not appear to be committing major ground forces to the conflict. Tehran instead prefers to recruit Shiite militias from across the Middle East and even Afghanistan to fight in places like Damascus and Aleppo. Iran's profile in Syria is lower than its profile in Iraq.

What are the stakes for Iran in Syria?

Iran has sought to protect the dozens of Shiite holy sites in Syria, especially the Zeinab Shrine near Damascus. Tehran used the holy sites to recruit fighters to aid Assad. More importantly, Syria is the geopolitical lynchpin for Iranian influence in the Levant and the wider Arab world. If the Syrian regime fell, the flow of arms and aid to Iran's most important Arab ally — the Lebanese militia and political party Hezbollah — would be affected. Hezbollah, which has thousands of rockets aimed at Israel, is the main Iranian deterrence against Israel.

How does Iran's role in Syria today differ from its earlier activities before the war?

Iran and Syria have been close allies since the 1979 Iranian revolution. Each has provided the other with critical assistance at various times. Syria was one of only two Arab nations (Libya was the other) to support Iran during the eight-year war with Saddam Hussein in the 1980s. It was an important conduit for weapons to an isolated Iran.

Over the last decade, Iran's Revolutionary Guards have trained, equipped, and aided Syria's security and military forces. Hundreds of thousands of Iranian pilgrims and tourists visited Syria before its civil war, and Iranian companies made significant investments in the Syrian economy.

But in the past few years, Iran has played an active role in Syria that few could have imagined before the civil war. “The deep, strategic and historic relations between the people of Syria and Iran ... will not be shaken by any force in the world,” Iranian President Hassan Rouhani said shortly after his 2013 inauguration. Tehran appears to be willing to spend billions of dollars to prop up the Assad regime despite its own floundering economy. For now, Iran is fully committed to the fight.

How do Iran's actions and goals in Syria differ from the United States?

Iran has opposed U.S. policies on Syria since the conflict broke out. In 2013, Tehran condemned the U.S. move to provide non-lethal aid to rebels for the first time. Iranian officials criticized U.S.-led airstrikes on Islamic State (ISIS) targets in 2014, despite a shared interest in defeating the militants. Rouhani said the bombardments were illegal because they had not been sanctioned by the Syrian government.

Tehran has also argued that the best way to defeat ISIS is to support the Assad government. It has challenged U.S. support for anti-government rebels. “You cannot fight ISIS and the government in Damascus together,” Foreign Minister Mohammad Javad Zarif said in reaction to the airstrikes.

Tehran generally opposes any type of foreign intervention in Syria. But officials have warned the United States in particular not to deploy its forces in the region again.

If the US enters #Iraq & #Syria without permission, they will go through the same problems as they did over the past 10 years in Iraq.

Tehran welcomed Assad's reelection to the presidency in June 2014, while Washington dismissed the poll. “The elections are non-elections. A great big zero,” said Secretary of State John Kerry. But Tehran may not be fully committed to Bashar Assad as the only leader for Syria, although it wants a pro-Iranian regime in Damascus.

How are U.S. and Iranian actions affecting each other's strategies?

The divide between Iran and the United States in Syria appears to be unbridgeable, but Iran may be flexible in Syria as long as its interests are protected. This may not be palatable for the United States and its allies, especially Saudi Arabia and Turkey, which have long sought to overthrow the Alawite-led regime.