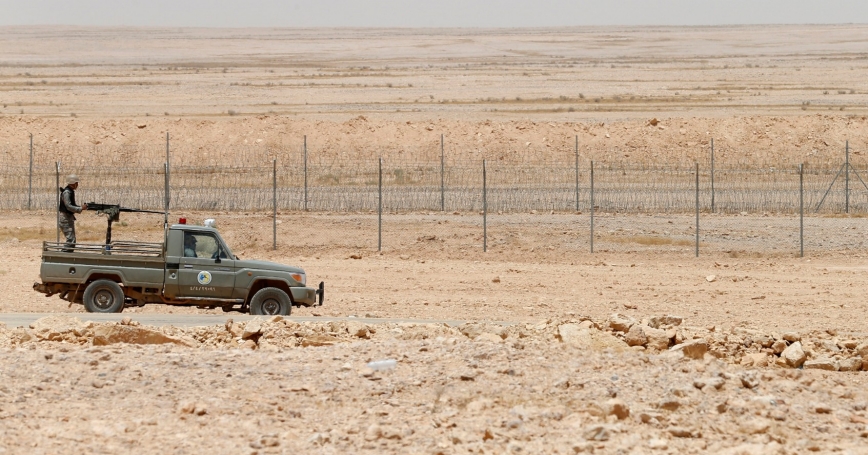 The recent early morning clash between a Saudi border patrol and extremists trying to enter Saudi Arabia from Iraq appears to be the latest indicator of the Islamic State's (ISIS) intent to expand its influence and control from its stronghold in Syria and Iraq south into Saudi Arabia, Kuwait and the rest of the Arab Gulf where there is oil and what ISIS leader Abu Bakr al-Baghdadi and his followers would consider the ultimate prizes: the holy cities of Mecca and Medina.

The armed engagement dovetails with al-Baghdadi's call for increased attacks inside the Saudi Kingdom. It is likely he realizes that no one can claim to be the Islamic State without controlling the holy sites in and around Mecca and Medina and the wealth that comes with them.

Kuwait and the other Gulf states, particularly Bahrain, also have large Shia populations, which are prime targets for ISIS to attack. The enmity between Sunnis and Shia in these areas is likely to draw more radically inclined Sunnis to al-Baghdadi's virulent form of Islam.

The governments in the Gulf may have a hard time maintaining control if they cannot tamp down these sectarian tensions and instill solidarity within their borders—something that so far has eluded both the Saudis and Bahrainis.

The more time ISIS has to build, establish itself and govern, the harder it will be to dislodge its troops from the region and its ideology from the minds of the people, especially the young. The conflict has hardened the minds of people in Syria and Iraq and these radicalized attitudes will likely spread with the passage of time.

The geography of the region already has been reshaped, perhaps forever, by the conflict. But the trust between communities that has been lost could be regained—given enough time and effective leadership now.

To help re-instill trust throughout the region and to protect its allies from the instability, the United States, NATO and others should consider providing significant equipment and know-how to shore up the border defenses of Saudi Arabia, Kuwait, Jordan and others. Although the Saudis and other governments in the region have much to do to bolster the sense of loyalty and community among their citizens, both Sunni and Shia, a show of overwhelming military strength and solidarity within the region might be enough to deter further outside aggression.

Short of direct, on-the-ground military involvement by the United States and NATO, a more intensive bombing campaign against strategic Islamic State military and infrastructure targets in Syria, particularly in and around its capital Raqqa, and Western Iraq would help degrade al-Baghdadi's operational planning and ability to govern. This would go a long way toward taming the Islamic State's ambitions and perhaps force it to surrender some of the territory it has taken over the past year.

The current U.S. plan to focus on training more capable units within the Iraqi Armed Forces over the next two years, however, is likely to be inadequate by itself—too little too late to contain and push back the gains made by the Islamic State.

The faster the Muslim world can be shown that ISIS is not invincible and does not have a divine mandate to rule the Islamic world, the quicker young Muslims and others will stop listening to its messaging.

Al-Baghdadi's messages have resonated with Sunnis in the region, North Africa, Europe and the United States primarily because he appears successful. He looks powerful. No amount of warning or counterargument will suffice if he continues to take and hold territory.

As he suffers repeated defeats and is unable to govern, however, it will be clear to his audiences that his path is misguided and that they would do better following a different one.

William Young is a senior policy analyst at the nonprofit, nonpartisan RAND Corporation.

This commentary originally appeared on Newsweek on January 17, 2015. Commentary gives RAND researchers a platform to convey insights based on their professional expertise and often on their peer-reviewed research and analysis.