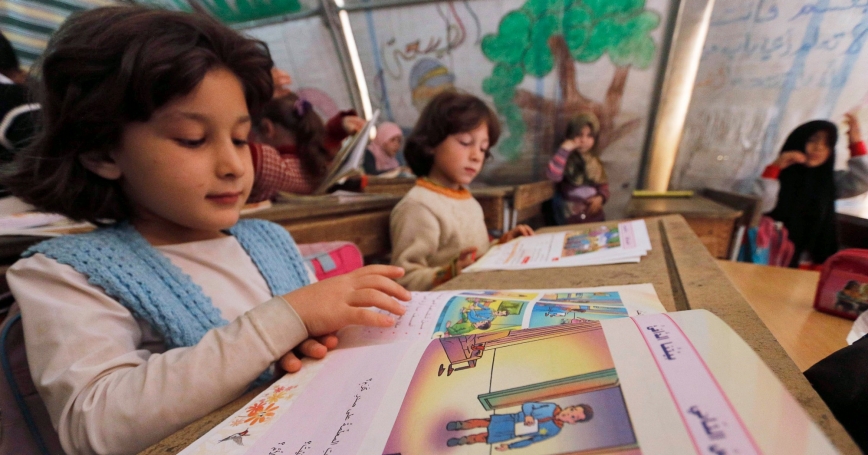 Girls attend a class at the Bab Al-Salam refugee camp in Azaz, near the Syrian-Turkish border, November 19, 2014

They may just have fled a war zone, but Syrian children on recess at the Zaatari Refugee Camp in Jordan aren't so different from kids elsewhere. Boys run around, wrestle and laugh outside a school comprised of tidy portable buildings on flat, rocky desert. Nearby, girls dressed in pink with bows in their hair hold hands and huddle around a book. Kids are resilient wherever they are.

Unfortunately, even with the hardships of living in a camp, these kids are still some of the lucky ones. After all, at least half of Syrian refugee children aren't even in school. Indeed, if Syrian refugees were a country, they would have the lowest rate of educational enrollment in the world. And, without access to quality education, children here are at risk of not having the skills they need as adults.

All this means that Syria is facing a lost generation.

Why is all this happening? Because the civil war is destroying Syrian society…

Shelly Culbertson is an expert in public sector development in the Middle East at the RAND Corporation, where she is conducting studies in support of the Syrian refugee response. She is the author of a forthcoming book about the post-Arab Spring Middle East. The views expressed are her own.

This commentary originally appeared on CNN on January 21, 2015. Commentary gives RAND researchers a platform to convey insights based on their professional expertise and often on their peer-reviewed research and analysis.