The Difference Between Negotiation and Appeasement 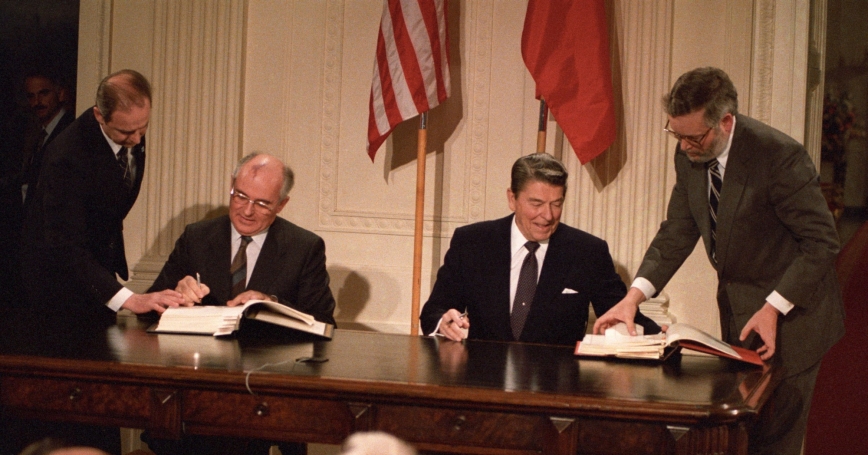 One of the leitmotifs of post-World War II foreign policy debate in America is the dangerous conflation of diplomacy and appeasement. Real appeasement is treacherous, but accusations of appeasement are also costly when they are hurled against any effort to negotiate with adversaries whatsoever, no matter how sensible and potentially beneficial the outcome.

In 2015 the United States faces complex and dangerous foreign and security policy challenges in at least three critical regions — Europe, the Middle East, and Asia. Opportunities to address these challenges through negotiation with unsavory and even heinous adversaries are apt to arise. A central challenge will be to engage these adversaries without appeasing them.

Appeasement involves one-sided concessions to adversaries in hope that simple gestures of goodwill themselves will bring peace. It is born of fear, helplessness, or a superficial desire for a deal at any cost. In contrast, sound diplomacy weighs costs and benefits, based on a hard-nosed evaluation of American interests and values. It makes concessions only in exchange for concrete gains.

But sound diplomacy still requires flexibility and willingness to trade, bargain, and make deals, including with adversaries. This is not the same thing as appeasement.

The 1938 Munich Conference at which French Prime Minister Edouard Daladier and his British counterpart Neville Chamberlin agreed to accept Hitler's annexation of Czechoslovakia's Sudetenland defined “appeasement” for generations to come. Chamberlin and Daladier hoped that giving Hitler the Sudetenland might sate his aggressive, expansionist desires, and prevent a second world war. But Hitler was maniacal and innately insatiable, so France and Britain got nothing from their concessions and World War II happened anyway.

But the historical lesson of the Munich Conference isn't that any show of flexibility, concessions or negotiations, including with dictatorships, is doomed to failure. The fact that Hitler was power mad does not mean that all dictators are, much less that all America's adversaries are today. A willingness to negotiate with adversaries, even heinous ones, is not itself appeasement.

Such negotiations are critical to an effective foreign policy. History is full of diplomatic breakthroughs that were once dogged by charges of appeasement. Recent major examples include President Reagan's negotiations with the Soviets to remove intermediate range nuclear missiles from Europe and Richard Holbrooke's negotiations with Slobodan Milosevic, which ended Bosnia's bloody civil war in 1995. In both these cases, diplomacy ultimately achieved national objectives and avoided war. When openness to negotiating with adversaries is equated with appeasement, it works against the national interest and can contribute to the kind of purely military logic that led the great powers to “sleepwalk” into World War I a century ago.

Obviously, not all negotiating positions are sensible, and concessions to adversaries aimed at preserving peace and prosperity without regard for values, interests or political principles are self-defeating. Sometimes the terms of an achievable agreement may be unacceptable even when weighed against the costs of conflict. Sometimes the adversary may be unwilling to negotiate in good faith because it believes it has more to gain from the status-quo, or thinks the favorable trends will allow it to meet its objectives without negotiation. In such cases, sound diplomacy becomes impossible.

Moreover, civilized democracies can sometimes (though not always) be squeamish about the use of force and this can make them predisposed toward appeasement. Excessive idealism, undue confidence that others share democratic goodwill, and a failure to appreciate soberly the role force and the threat of violence play in sustaining international security and stability can all increase that risk.

But strong American leadership means not being afraid of false charges of appeasement, even when those charges may be coming from members of Congress. The foreign policy challenges the United States faces in 2015 are daunting. Making lasting progress on any of them — let alone all of them at once — will surely require strong diplomacy and this will mean being open to some concessions, even to our adversaries, when these concessions bring greater benefits to the nation.

Christopher Chivvis is the associate director of the International Security and Defense Policy Center at the nonprofit, nonpartisan RAND Corporation and teaches International History at the Johns Hopkins School of Advanced International Studies (SAIS).

This commentary originally appeared on The Hill on January 22, 2015. Commentary gives RAND researchers a platform to convey insights based on their professional expertise and often on their peer-reviewed research and analysis.