The Little Exchange That Could...Transform the U.S. Health Care System 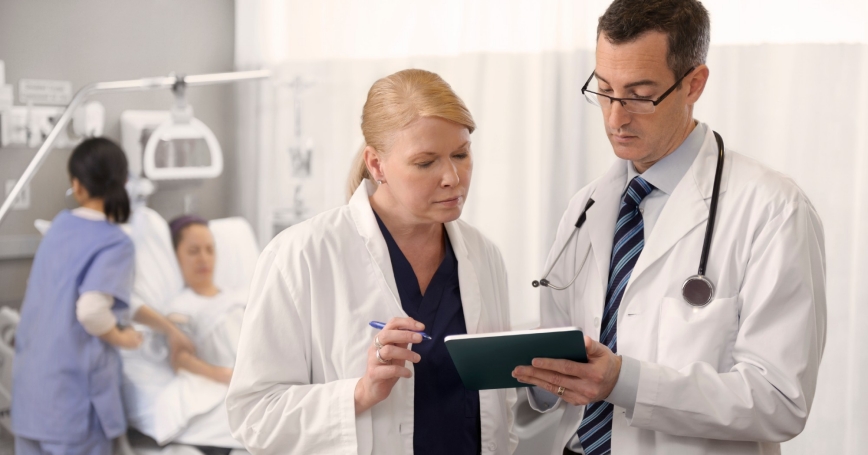 What do the classic children's book The Little Engine That Could and federal investment in health information exchanges have in common? More than you'd think.

Much has been said about the fragmentation of the U.S. health care system and how this fragmentation can result in higher costs and worse outcomes for patients. Health Information Exchanges (HIEs) — organizations that facilitate the secure sharing of health information — are one effort to improve communication among providers, better coordinate care, boost patient satisfaction, and reduce health care costs.

To spur these exchanges the federal government has invested nearly $600 million to support the development of statewide HIEs. But, what has been the return on this investment and are the results worth the expense? This month, Sens. Lamar Alexander, Richard Burr, and Mike Enzi asked the Government Accountability Office to examine that very question.

The senators' goal to learn more about what the government received in return for its investment is certainly a worthy one, but it is a difficult question to answer. To date, there has been very little research on the effect of HIEs on health outcomes, costs, or patient and provider attitudes toward HIEs. In fact, according to a recent RAND review of the existing research supporting the efficacy of HIEs, very few of the more than 100 existing operational HIEs have been evaluated. Without evaluation, it's difficult to draw conclusions about what works and what doesn't and to ensure that any future investment on the part of federal or state government is made wisely. By not building evaluation into this program, we're missing opportunities to improve the health care system by learning from experience.

Here's an analogy that is useful in thinking about federal investment in HIEs. Imagine that 150 years ago, the United States decided to build a national rail network to connect all major U.S. cities at an estimated total cost of $60 billion (in today's dollars). What if five years into the effort $600 million had been spent to build portions of the tracks between Chicago and Pittsburgh, New York and Boston, and Washington and Philadelphia?

At that point, after five years of work and hundreds of millions of dollars no one would be able to travel the rail because it wouldn't yet exist as a network. Would that have been a waste of money? What if that initial investment toward a national rail network, besides creating critical segments, had also led to greater efficiencies or a better understanding of how to overcome major construction obstacles? That's where America is with HIEs today — still figuring out critical aspects related to fully functioning statewide or national HIEs.

So, have the existing HIEs failed to deliver on their promise and provided no return on the $600 million investment? The few evaluations that do exist suggest that the use of HIEs has had beneficial effects on emergency department costs and utilization of services. In addition, RAND's review found that all stakeholders believe in the value proposition of HIEs, but few have the capacity to develop an HIE without government assistance. An influx of federal dollars will thus be necessary to spur the development of HIEs. However, considering that the costs of implementing an electronic health record system was $4 billion just to connect all the facilities in Kaiser Permanente, it may not be reasonable to expect that $600 million could go very far in developing statewide or national HIEs.

As Congress continues to think about whether and how to foster the development of successful HIEs, it should consider the sustained commitment required to bring a mature statewide or national network of HIEs into practice. Just as importantly, it should prioritize the evaluation of government-funded HIEs, so that research can help inform and foster return on investment for scarce taxpayer dollars.

The bottom line is that without evaluation, all we can say about the potential of HIEs is, “I think it can…I think it can.”

Robert S. Rudin is an associate policy analyst and Jayme Fuglesten is a legislative analyst at the nonprofit, nonpartisan RAND Corporation.

This commentary originally appeared on The Health Care Blog on January 28, 2015. Commentary gives RAND researchers a platform to convey insights based on their professional expertise and often on their peer-reviewed research and analysis.