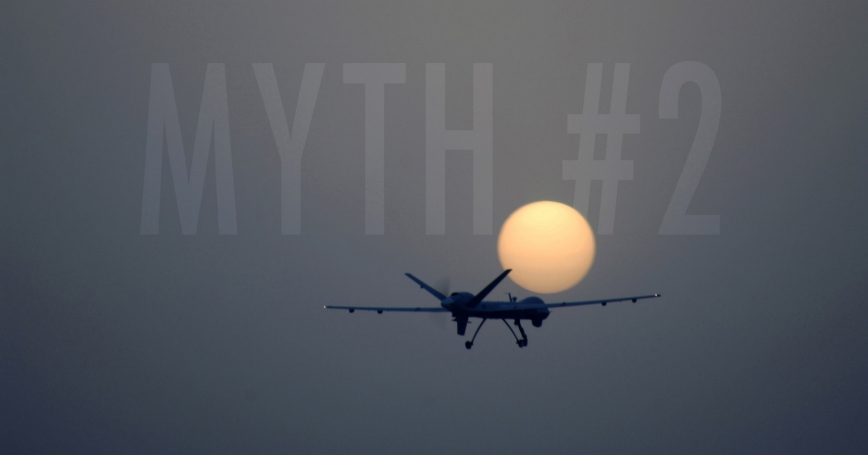 An MQ-9 Reaper remotely piloted aircraft takes off from Joint Base Balad, Iraq

In this, the second in a series of blog posts aimed at dispelling some misconceptions about drones, we examine the myth that it would be counterproductive to develop international norms for the use of armed drones. For background on our analysis, see this report.

The use of long-range military drones has expanded dramatically in recent years, yet unmanned aerial vehicles, as they are also known, are fundamentally misunderstood.

Countries like China, Russia, Iran, India, Pakistan, Taiwan, Turkey, the UAE, Israel, and South Africa are developing long-range armed drones of varying levels of sophistication. There is clearly a risk that these countries or others will one day employ armed drones in ways that could cause concern, for example, in a secretive fashion without clear legal foundations, against those not clearly identified as combatants in a conflict, and in places outside the limits of national laws. U.S. use of armed drones has obviously faced controversy on these very issues.

Like it or not, this genie cannot be put back in the bottle. U.S. use is establishing precedents that other nations might follow. While they may not transform warfare, armed drones provide the ability to identify and kill an individual from a standoff distance in a way that is unprecedented and unsettling to many Americans. It is easy to imagine drones being employed in ways that exacerbate regional tensions, that undermine the laws of war (e.g., assassinating foreign leaders) or that threaten a nation's sovereignty and domestic rule of law. The Obama administration, in fact, agrees that it has to reduce these risks by becoming more transparent in how it is employing armed drones, especially in targeting individuals outside traditional battlefields.

The challenge in establishing international norms will be to define rules that preserve the rights of countries to use these systems in legitimate ways against legitimate threats (senior al Qaeda or Islamic State terrorists) while constraining illegitimate uses (political dissidents). The international community has established norms, with and without U.S. leadership, through efforts like the treaty banning antipersonnel landmines, and the Convention on Certain Conventional Weapons prohibiting the use of lasers to cause permanent blindness. With determined, skilled leadership, such efforts could establish standards that identify illegitimate uses while preserving military operational flexibility.

An opportunity exists to replace potentially risky precedents in using long-range armed drones with international norms to decrease their misuse by others. A proactive approach to setting international norms could help the Obama administration defuse domestic and international opposition to military operations where they are needed. The administration's new Export Policy for Military Unmanned Aerial Systems sets standards for exporting and using armed drones. The policy promises to work with other countries to adopt similar standards but does not go so far as to support establishing global international norms. Private bilateral discussions with other countries are important but may not be sufficient to ease concerns about future misuse.