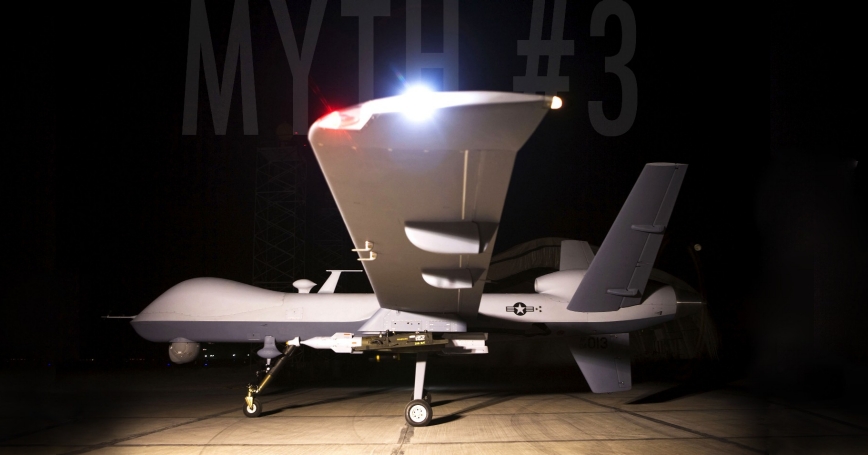 An MQ-9 Reaper sits on a ramp in Afghanistan

In this, the third in a series of blog posts aimed at dispelling some misconceptions about drones, we examine the myth that the proliferation of drones is a major threat to international security and their sales should be restricted. For background on our analysis, see this report.

Unmanned aerial vehicles, or drones as they are commonly called, are raising widespread fears and leading to calls for new arms control initiatives.

In recent years, an increasing number of countries have been acquiring and developing drones for both civil and military applications. More than 70 countries have acquired drones of different classes and for different purposes, and the number will likely increase. Short-range drones are becoming more and more attractive for civilian use, for example in filmmaking, monitoring demonstrations, or even delivering products ordered online.

The number of countries actually developing “armed” drones is far smaller. And smaller still is the number of those countries developing long-range armed systems. In fact, only 11 countries make this list. So while it is true that drones will proliferate, only a few countries will be able to develop sophisticated armed drones, today and into the future. Most of these countries are U.S. allies. And other countries, including U.S. adversaries, will likely find manned aircraft and other weapons more militarily and cost-effective. The proliferation of long-range armed drones will not create the kinds of dangers that call for new arms control efforts.

For dangerous adversaries, the current controls in the Missile Technology Control Regime (MTCR) provide the basis for preventing transfers, and its restrictions cover not only long-range drones but also short-range drones when their purpose could be the delivery of WMD.

At the same time, flexibility within the MTCR makes possible sales to allies and partners. There is no question that member governments can make transfers of drones, both armed and unarmed. This is the case because legally, export decisions remain the prerogative of each country, and the language in the guidelines has been crafted in ways to provide significant latitude.

The challenge for the United States is navigating these export guidelines. Transfers of armed drones to American allies (all of whom are MTCR members) would create none of the dangers that the MTCR seeks to avoid, such as proliferation to terrorists or the spread of delivery systems capable of carrying WMD. This would also be the case for sales of drones to U.S. partners in the Middle East and Southeast Asia, who abide by the various treaties banning WMD. Israel is a unique case because it is not a party to the Treaty on the Non-Proliferation of Nuclear Weapons, but even here the guidelines only call for the “presumption of denial” in any export.

And there are good reasons for potentially selling them to allies and partners: to make these countries more effective in their fight against terrorist groups. In cases of any sale, the United States could make it a condition that the systems will be used only in accordance with the laws of war. The transfer of armed drones should be viewed in a similar way to U.S. sales of aircraft and whether they will contribute to or undermine regional stability.