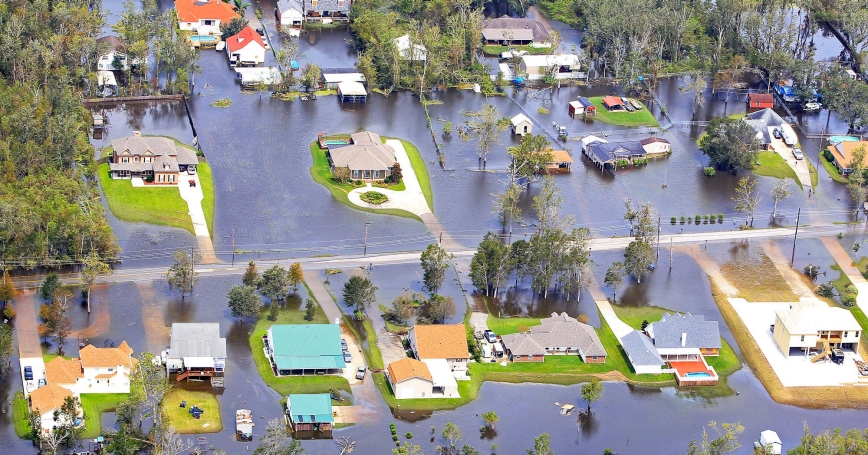 President Obama recently signed an executive order that directs federal agencies to plan and build for higher flood levels as they construct new projects in flood prone regions. We are hard pressed to think of another time in our nation's history when a White House announcement of new flood elevation standards for federal projects would cause notice, but this one merits recognition.

Sea level rise presents a challenge in managing coastal flood risk: sea levels are rising, but the exact amount and timing remains uncertain. The executive order takes a very simple approach to risk management, asking project planners to add two feet to currently estimated flood levels for non-critical projects and three feet for critical ones. A critical action is defined (vaguely) in the order as “any activity for which even a slight chance of flooding would be too great.”

In an ideal world, planners would estimate the benefits and costs for each project, taking into account everything from the details of the local landscape (which can have large impacts on local sea levels) to the potential for adaptive responses over time. For instance, some communities are already building sea walls in such a way as to enable them to be more easily raised in future decades as circumstances require. But the information needed to conduct such project-specific benefit-cost analyses, and the norms and best practice in the engineering community needed for adaptive responses, are not yet widespread. The new executive order provides a simple rule adequate for many cases, with the promise of spurring the development of better information and engineering best-practice needed to customize local responses to sea level rise.

This order will affect hundreds of billions of dollars of future public works projects funded through agencies like the U.S. Army Corps of Engineers, the General Service Administration, the Federal Highway Administration, the Department of Housing and Urban Development, the Department of Defense, and others involved in construction of public buildings and infrastructure.

The executive order is noteworthy for other reasons. First, it may be one of the most concrete (pun intended) steps that the U.S. government has taken thus far to adapt to the increased risk of flooding caused at least in part by a changing climate. Under long-standing federal planning procedures, historical levels of flooding have determined the “base flood” against which federally funded projects needed to protect or mitigate. This order in essence is saying that while consideration of past records of flooding is necessary for planning purposes, it is no longer sufficient. Now, going forward, federal agencies must anticipate even higher levels of flooding and design their projects accordingly. This is a rare case of basing federal spending decisions on anticipated risk, without recent historic precedent, as opposed to known risk.

Second, while the Obama administration has been advocating policy changes to make communities more resilient to climate-related risks, the mandate of a new flood elevation standard arguably is the most costly proposal thus far. Building new or raising existing coastal storm protective measures like sea walls, bulkheads and floodgates to meet these standards along the East and Gulf coasts could add substantially to their costs (the precise amount varying from place to place).

Finally, the executive order strikes directly at one of the great challenges in public policy presented by a changing climate: the need for one generation to incur near-term costs as a means of gaining uncertain long-term benefits for future generations. This intergenerational trade-off is one that all democratic nations struggle to reconcile, not only in public works, but in social and health programs as well. For this alone, the order is noteworthy.

While executive orders lack the full force of law, they can and do influence administrative actions and can therefore have enormous budgetary consequences. In fact, when this order is taken in the context of the nearly half a trillion dollar infrastructure spending proposed in the president's 2016 Budget conveyed to Congress earlier this month, it could have a profound effect on how much infrastructure a half a trillion dollars can in fact buy.

Knopman is a principal researcher at the nonprofit, nonpartisan RAND Corporation and a professor at the Pardee RAND Graduate School. Lempert is a senior scientist at RAND and director of the Frederick S. Pardee Center for Longer Range Global Policy and the Future Human Condition. Fischbach is a policy researcher at RAND and codirector of the RAND Water and Climate Resilience Center.

This commentary originally appeared on The Hill on February 25, 2015. Commentary gives RAND researchers a platform to convey insights based on their professional expertise and often on their peer-reviewed research and analysis.