Last Week Tonight's Jeff the Diseased Lung Is No Joke 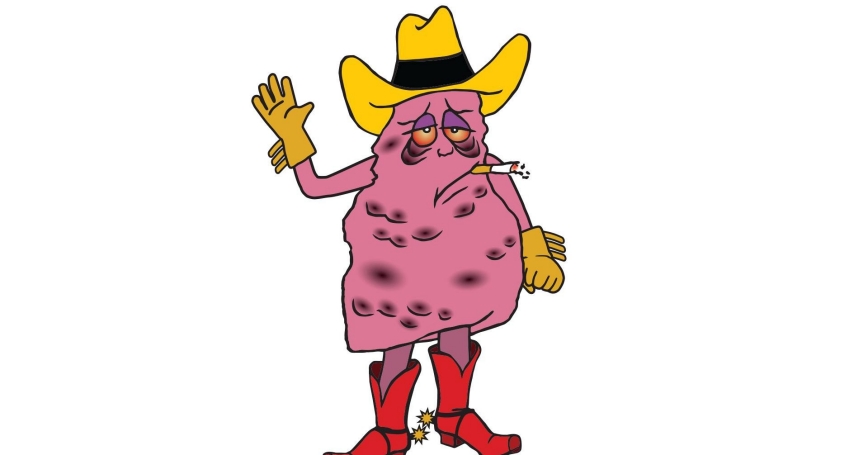 John Oliver, host of HBO's brilliant, “Last Week Tonight,” recently took aim at the tobacco industry. In the process, he introduced viewers to “Jeff,” a cartoon-like, diseased lung cowboy created by crossing the diseased lung pictured on cigarette packs in Australia with the Marlboro Man. Watch out, Joe Camel!

As is often the case with Oliver, his timing is perfect. Last week's New England Journal of Medicine reported that cigarettes are responsible for even more premature deaths than previously thought. The number has now climbed by another 60,000, bringing the total to well over a half million people per year in the United States alone. The global toll is much, much greater—more than five million deaths per year. Since the publication of the 1964 Surgeon General's report on smoking and health, the United States has cut its smoking rate by more than half, so that it is now just under 18 percent. Other nations have not fared nearly as well. For example, smoking prevalence rates for men—which are generally higher than women—can exceed 50 percent in some countries, including Indonesia, Russia, and Laos.

Cigarette smoking remains a tremendous public health problem, and one that demands the attention of policymakers at all levels of government, here and abroad. The good news is that there are many effective strategies in the tobacco control arsenal, including higher cigarette taxes, restrictions on smoking in public places, advertising restrictions, counter-advertising, nicotine replacement therapy, and smoking cessation classes and other programs. The evidence base indicates that these strategies can lead to significant reductions in smoking prevalence rates, and when used in conjunction with one another, the effect can be even more powerful.

John Oliver's “Jeff” character is of course a mockery of an iconic figure, the Marlboro Man, whose legacy turned out to be cruelly ironic. As Oliver noted in his show, four former Marlboro men died of smoking-related causes. Let's hope that “Jeff” going viral causes current and prospective smokers—mainly teens and preteens—to recognize cigarette smoking for what it is: the most deadly habit.