Managing Technology in an Unmanageable World 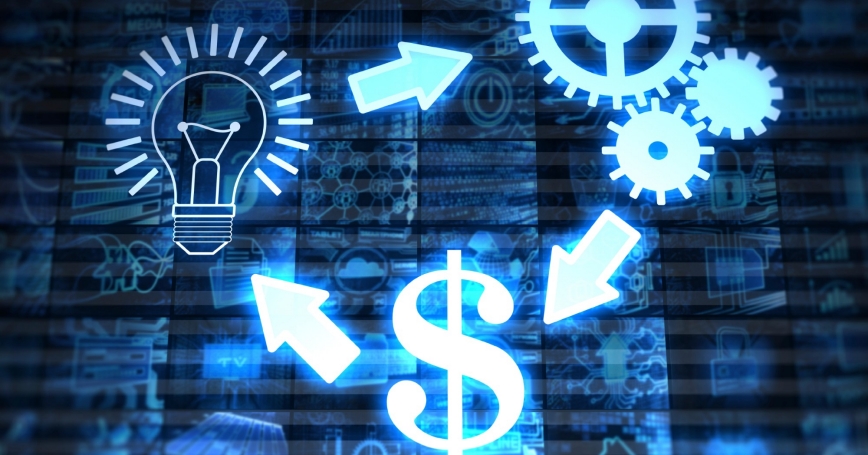 Throughout recorded history, humankind has looked for new and better ways to accomplish daily tasks, improve the human experience and learn more about the natural world. Technology was a cornerstone in these endeavors, taking humans from the earliest civilizations to the information age. Today's modern societies have resulted from and been beneficiaries of these technological investments, measured in tangible outcomes such as increased longevity and quality of life.

Perhaps no country has been a greater driver or beneficiary of technology than the United States, yet there exists no overall strategy aimed at deploying federal resources to encourage research and development (R&D), while at the same time guarding against the exploitation of breakthrough technologies.

Technology has contributed to the United States having some 4 percent of the world's population with 39 percent of the world's wealth. It has facilitated the emergence of the United States as a nation with unprecedented global reach and leadership. For most of the past century, the United States has been the global leader in R&D, with the government the major funder. America's rail and highway systems, nuclear capacity, aviation advances, space exploration, global position systems and the Internet, to name a few, provide examples of where specific government investment drove advancement which broadly benefited U.S. and global society.

Today, the need for purposeful and focused R&D in the United States has never been greater, but technology is advancing so quickly that the structures available to manage technology have not kept pace. A comprehensive examination of the technological landscape is needed to help the government take a more holistic approach to investing in and regulating technologies. The goal should be an overall technology R&D strategy that spans federal agencies and builds on existing investment schemes and regulatory structures.

Currently, global technology spending is undergoing a shift. A greater percentage of R&D is being done outside of the United States and the U.S. government is funding a smaller percentage of R&D done domestically. Technological change is being driven by economic incentives supported by industry rather than by necessities borne out of national security. The decreased spending in both real terms and as a percentage of overall R&D does not imply the United States no longer needs an R&D pipeline. On the contrary, the opposite is true.

With investments shrinking, the U.S. government is targeting its R&D spending on certain critical technologies. In fields such as explosives, weapons development intelligence platforms and ballistic protection, for example, the government leads and must continue to do so. In others such as biotechnology, cyber security, the Internet, big data and related information technology fields requirements for capabilities have never been greater; however, the government is no longer the leader and therefore must rely increasingly on the private sector for these skills. In addition to federally funded R&D centers such as the National Science Foundation, the Department of Energy Office of Science, and the National Institute of Standards and Technology laboratories, the government turns to private industry, academia and international actors as sources of critical and emerging technology.

This technology diffusion reinforces the necessity of having appropriate governance structures and safeguards in place to protect sensitive R&D advances and to prevent the misuse of emerging technologies. An examination of these mechanisms, including everything from patent protection to international treaties, should be part of this holistic approach. Patents control technology at the lowest level ensuring that intellectual property is protected. Laws, government regulation and sector-specific norms serve to guide and restrain technology development. Export controls serve to limit the proliferation of sensitive military technologies. Non-proliferation regimes such as the Australia Group, which focus on combating the spread of chemical and biological weapons, serve as coalitions of the willing to control potentially dangerous capabilities from getting into the hands of those who might misuse the technology. Arms control treaties and conventions provide international frameworks for technology policy and control, but most were established decades ago in a different technological era and their relevance and ability to function effectively in the new age are not at all assured.

Even with this system of layered control measures, technological surprises demonstrate the difficulty the United States faces in managing technology policy. For example, H5N1 influenza virulence experiments conducted to gain better understanding of genetic shift raised questions about the funding sources for these experiments as well as the necessity and safety of such experiments. The challenges associated with unmanned aerial systems — most recently highlighted by the landing of a quad-copter on the White House lawn — provide yet another example; industry and the private sector have little or no guidance on which to base their use of these systems and are therefore continuing to push the envelope with potentially dangerous consequences. The deluge of cyber related events seriously calls into question the effectiveness of existing measures and processes. Concerns surrounding use of telephony metadata, denial of service attacks on the U.S. financial sector, destructive attacks against international networks and systems, and recent hacking of Sony networks by North Korea demonstrate the lack of governance and proper norms in this field.

Looking at the trends in technology, surprises that test existing governance and policies are likely to continue and perhaps even increase. Given such a future, the time is right to do a comprehensive examination of the technological landscape, with an eye towards the development of a 21st century R&D strategy that can efficiently and cost-effectively keep pace with the new world technology order.

This commentary originally appeared on The Hill on February 19, 2015. Commentary gives RAND researchers a platform to convey insights based on their professional expertise and often on their peer-reviewed research and analysis.