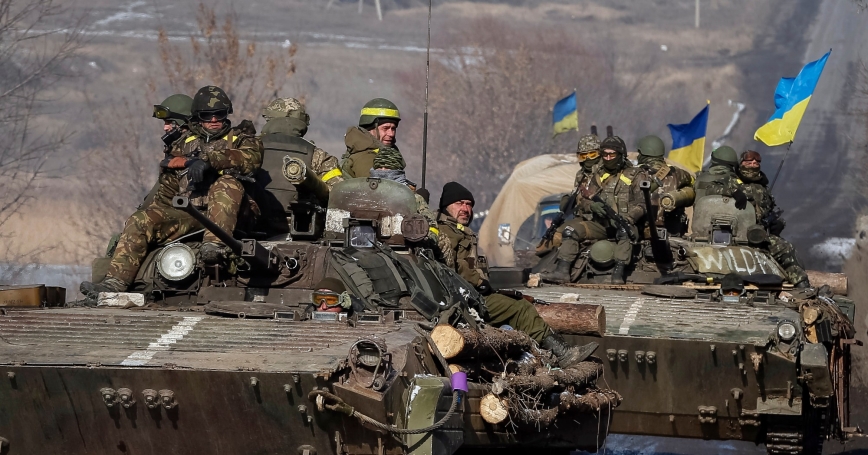 by William Courtney and Olga Oliker

Merkel, who brokered the deal, called it “a glimmer of hope” that hostilities between pro-Russian rebels and Ukrainian government troops might soon end. The United States has been considering providing arms to the Kyiv government, but after a meeting with Merkel on Monday, President Obama said he would wait until after yesterday's summit meeting to decide on the next U.S. move.

As the agreement was announced, RAND experts William Courtney, an adjunct senior fellow and former U.S. ambassador to Georgia and Kazakhstan, and Olga Oliker, a senior international policy analyst and director of RAND's Center for Russia and Eurasia, took part in a question-and-answer session.

What was accomplished during the summit in Minsk?

William Courtney: The leaders agreed on a new ceasefire to begin on February 15, a withdrawal of heavy weapons from the cease-fire line, and a prisoner exchange. In most respects, however, the leaders acceded to Russian demands to void key provisions of last September's Minsk Protocol. The ceasefire was to start September 19, but since then Russian forces and proxies have gained another 500 or so square kilometers. So a key question is whether the Russians will comply with the new deal any more than they did with the September Protocol. The new roadmap requires all Russian troops to withdraw from Ukrainian territory and the disarmament of all illegal groups, but it allows no border monitoring until the end of the year. This is an invitation to cheat. Complying with the new terms would require Russia to cede military control of the occupied area in eastern Ukraine. In Russia's other four occupied areas—Abkhazia and South Ossetia in Georgia, Transnistria in Moldova, and Crimea in Ukraine—Russia maintains military forces of occupation and exercises total control over their disposition. It is unlikely that Russia will make an exception for eastern Ukraine.

Olga Oliker: I would caution against getting too excited. It's a ceasefire, not a deal, signed at lower levels on the Ukrainian and Russian sides. We've had ceasefires before, and they haven't held. If it gives everyone some breathing room, that's positive, but we can't be confident this will be the case, in part because taking Russia at its word has not been a good bet this past year or so. Indeed, Russia's words throughout this crisis have been just fine, pledging respect for Ukraine's sovereignty, offering assurances that Russia had no designs on Crimea back in March, and, of course, agreeing to the September Minsk deal, which fell apart. It's Russia's actions that have been a problem. The fact is that Russia has little to lose from continuing this conflict, and neither lethal aid to Ukraine nor increased sanctions will change its calculus quickly. For its part, the Kyiv government is under a lot of pressure not to give in to the separatists and Russia. So while it's good that a ceasefire was agreed, I am not optimistic.

Should the United States arm Ukraine?

Courtney: Ukrainian forces are outgunned by Russian forces and proxies but have mounted courageous defenses, for example in the bloody fighting at the Donetsk airport and now Debaltseve, a city and rail junction which Russian forces have nearly encircled. If Ukrainian forces had modern anti-armor capabilities, this would help them neutralize a Russian advantage in eastern Ukraine, Russian T-64, T-72, and probably T-80 tanks. Ukraine's inability to hold them at risk may be one reason why the Russians ignored the September ceasefire and pressed on with their offensive. For the new ceasefire to have better prospects, Ukrainian forces must be able to raise the costs to Russian forces of any renewed aggression. This does not mean defeating them, but rather increasing the pain if Russia goes on the offense. U.S. anti-armor systems could help Ukraine maintain the ceasefire since Russian forces would need to use armored forces to spearhead any new assaults. The United States has provided such systems to Jordan and Oman, but denies it to democratic Ukraine and Georgia. This makes no sense in light of Russia's intervention in Ukraine, as well as its invasion of Georgia in 2008. Ukrainian forces would require training, but the skill in combat they have shown recently builds confidence that they could make effective use of anti-armor systems.

Oliker: The ceasefire is likely to quiet the debate at least slightly for as long as it holds, which, as I said, may not be long. The debate has been centered on whether or not the United States should provide what is termed “lethal aid” to the Ukrainian armed forces. The lethal aid in question comprises, first and foremost although not solely, anti-armor capabilities. Ukraine's desire for anti-tank weapons reflects the large-scale use of tanks and armored personnel carriers by Russian-backed separatists. Their weaponry is generally assumed to be provided by Russia and many argue that it is, at least in some cases, also operated by Russian forces. What is interesting about this debate is that proponents of lethal aid do not argue that providing these capabilities will result in Ukrainian victory. Rather, they hope that lethal aid will increase the costs to Russia of continuing to support separatists in Ukraine's East. Opponents argue that providing lethal aid will simply make the Russians angrier and they will increase, rather than decrease, their support to separatists. Moreover, it will draw the United States and its allies deeper into the conflict. Most of those arguing on both sides seem to believe that lethal aid appears in Ukrainian hands, ready to use, the minute the U.S. government agrees to send it. In fact, we are discussing systems that not only take time to procure and send, but that also require training for Ukrainian forces. Thus, the lag between a decision to send some of these systems and their being used by Ukrainian armed forces can be quite substantial—substantial enough for the separatists, with Russian help, to make continued military progress. In the meantime, efforts to provide systems more quickly could increase the risks of misuse (including due to insufficient training) or loss of some of the weapons, including the appropriation of these weapons by separatist forces (something regularly seen in past conflicts).

What options exist for supporting Ukraine other than lethal aid?

Courtney: Sanctions, public criticism, and diplomacy are the main tools the West is using to respond to aggression in Ukraine. The sharp drop in oil prices and the lack of reforms are doing more damage to the Russian economy than are Western sanctions. Strong Western criticism of the aggression is counteracted in Russia by state-controlled television, which influences many Russians with its broadcasts of propaganda and falsehoods. Two Hollande-Merkel summits with Putin in one week have brought only limited results. Whether Russia will fully comply with its new obligations is doubtful. Financial aid for Ukraine is vital. On February 12 the International Monetary Fund (IMF) announced an agreement with Ukraine on a new economic reform program. It would involve additional aid of $17.5 billion, as well as new resources from others, such as the EU and the United States. The West has a tendency to overuse sanctions and offer too little assistance; the latter requires far more in appropriated funds. If Russia continues to threaten Ukraine, it will need more financial support in order to sustain higher defense spending and compensate for economic disruptions cause by fighting.

Oliker: Ukraine is in need of a large number of capabilities that are easier to integrate into their forces and less prone to misuse (if not loss), such as secure communications equipment and better reconnaissance equipment. Like lethal aid, these will not enable it to win and thus this should not be the core of the Western response. It is worth remembering that Ukraine is itself a major weapons producer, including many of the same types of equipment for which it is now asking. It is short of such arms today due in large part to faults in its own system. Fixing that system, rebuilding Ukraine's broader national security infrastructure, and developing a lasting, sustainable, and accountable government for Ukraine is the country's best bet for success—not least because that is precisely what Russia is using this conflict to try to prevent. Thus, what Ukraine needs most is support with its reform agenda. This means fiscal support, it means advisory assistance, and it means conditionality—holding Ukraine accountable for the reforms it has pledged to make may be one of the biggest favors the West can grant it.