Syrian Refugees: A Blessing in Disguise? 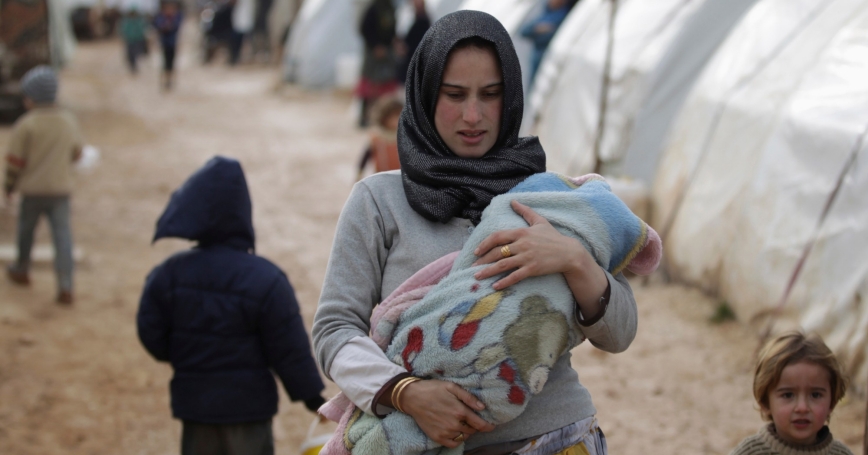 A woman carries a baby inside Al-Karameh refugee camp beside the Syrian-Turkish border, January 10, 2015

Syrians are now the world's largest refugee population at over three million. The growing numbers have created a worrying backlash in neighboring countries, such as new visa restrictions in Lebanon and border tightening in Jordan. These attempts to contain refugee flows are perhaps an inevitable response in countries that have hosted the largest numbers of Syrian refugees since the onset of the Syrian conflict in 2011.

To avoid further resentment and restrictions on Syrians desperate to escape their war-torn country, as well as the instability such attitudes generate, the international community must work with host governments to increase and highlight the benefits refugee populations can bring to neighboring states.

Of course, highlighting these benefits doesn't mean ignoring the sobering state of affairs and the daunting challenges it poses.

Governments must recognize this is not just a humanitarian crisis—it's also a long-term development challenge. As much as everyone involved would like to see the refugees return home, they're unlikely to do so soon. Studies show the average return time in protracted conflicts is 17 years. In other words, this refugee crisis has the potential to impact not only generations of Syrians but also the capacity and development of host countries.

All of Syria's neighbors are hosting large numbers of refugees: over one million in Lebanon and Turkey, more than 600,000 in Jordan, nearly a quarter-million in Iraqi Kurdistan, and over 100,000 in Egypt. Because of their small sizes, Lebanon and Jordan have the highest and second-highest concentrations of refugees in the world, respectively. These unprecedented numbers are creating economic, political, and demographic pressures across the region.

Dalia Dassa Kaye is the director of the Center for Middle East Public Policy and a senior political scientist at the RAND Corporation.

This commentary originally appeared on The National Interest on February 2, 2015. Commentary gives RAND researchers a platform to convey insights based on their professional expertise and often on their peer-reviewed research and analysis.