The Next European Flashpoints 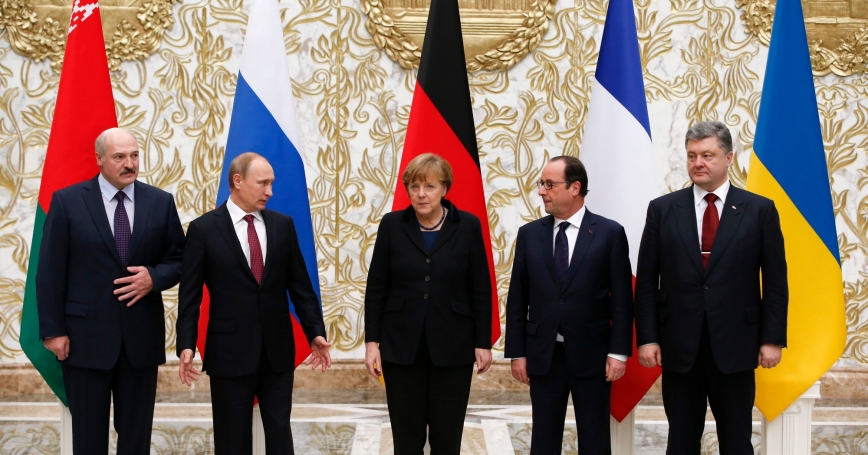 The most pressing task for the West is to help Ukraine defend itself and survive economic catastrophe. But the West also needs a broader strategy to discourage future Russian coercion of neighbors, help them protect themselves, and counter President Vladimir Putin's false narrative about Western intentions and lack of political will.

Undermining European security, Russian troops and irregular forces now occupy five regions in three neighboring countries—Georgia, Moldova, and Ukraine. Russia uses several justifications for its occupations. It insists that its peacekeepers are essential to stability in Transnistria, in Moldova's east. Its 2008 invasion of Georgia was allegedly to protect South Ossetians from genocide and respond to an attack on Russian peacekeepers. Moscow declared Abkhazia and South Ossetia to be independent, but has signed treaties with both that hint at annexation. Last March, Russia annexed Crimea after a flawed referendum.

Russia's end game in eastern Ukraine appears to be to create a new “frozen conflict,” but over how large a territory remains unclear. According to the “roadmap” agreed on February 12 at the Minsk summit of French President Francois Hollande, German Chancellor Angela Merkel, Ukrainian President Petro Poroshenko, and Russian President Vladimir Putin, fighting is to end on February 15. Russia likely foresaw that by this time its forces and rebels would have seized Debaltseve, a key transport hub between the two separatist 'capitals' of Donetsk and Luhansk, despite strong resistance by outgunned Ukrainian troops.

Moscow's goals in these conflicts appear to include restoring hegemony in its neighborhood, preventing inroads by the North Atlantic Treaty Organization and the European Union, and buttressing support at home for the leadership. The Kremlin views Russia's security through the prism of diminished sovereignty for its neighbors. In a 2005 address to parliament, Putin called the Soviet collapse “the greatest geopolitical catastrophe” of the 20th century. At a NATO summit in 2008, he reportedly told President George W. Bush, “Ukraine is not even a state!” Last August, Putin claimed that “Kazakhs never had any statehood” prior to the rule of President Nursultan Nazarbayev. In September, Putin said to Poroshenko, “If I wanted, in two days I could have Russian troops not only in Kiev, but also in Riga, Vilnius, Tallinn, Warsaw, and Bucharest.”

The crisis in Ukraine is now the crucible. How it turns out may influence Russia's future stance toward its neighbors, and the extent to which the West will support them against any future Russian coercion. One lesson is that the West's long-proclaimed support for the territorial integrity of Russia's neighbors stops short of arming them. For example, America has provided advanced Javelin anti-tank missiles to Jordan and Oman, but declines to ship them to Georgia and Ukraine.

Ian Bond is director of foreign policy at the Centre for European Reform in London, and a former British ambassador to Latvia. Denis Corboy is a visiting senior research fellow at King's College London and was European Union ambassador to Armenia and Georgia. William Courtney is an adjunct senior fellow at the nonprofit, nonpartisan RAND Corporation and former ambassador to Georgia and Kazakhstan. Kenneth Yalowitz is a Wilson Center global fellow and a former U.S. ambassador to Belarus and Georgia.

This commentary originally appeared on The National Interest on February 15, 2015. Commentary gives RAND researchers a platform to convey insights based on their professional expertise and often on their peer-reviewed research and analysis.