The Pros and Cons of Obama's Restraint 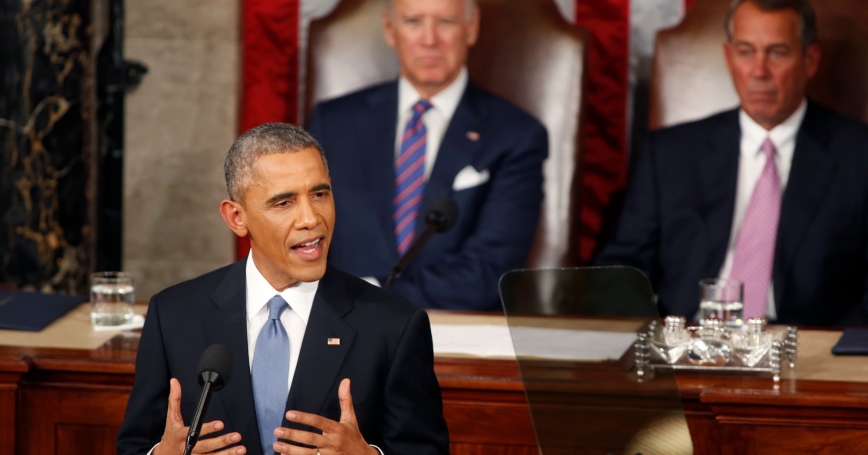 U.S. President Barack Obama delivering his State of the Union address on January 20, 2015

The revised National Security Strategy released today is a sober, focused, and tight-lipped sequel to the first such document produced by the Obama administration. It doesn't say much that's new or dramatic. What's most interesting is that the new document highlights again the most important lesson of Obama foreign policy: the importance—and limits—of strategic restraint.

It ought to be clear by now that “national security strategies” are not really strategies at all, but vision statements designed to portray the essential global outlook of an administration. The new document does a good job of this, hammering home what have emerged as the fundamental organizing principles of the Obama foreign and national security policy.

One such principle is the holistic nature of security. “America's growing economic strength,” the preface contends, “is the foundation of our national security and a critical source of our influence abroad.” The Obama vision has steadfastly refused to define national power in narrow, military ways, and this is a tremendous strength. Other points of renewed emphasis include democratization, the role of allies, and the “rebalance” to Asia.

But clearly the central theme of Obama foreign policy could be described as “strategic restraint.” This principle may be the administration's most important legacy in foreign policy, and it is repeatedly on display in the new National Security Strategy.

Alongside an emphasis on America's responsibility to lead, for example, the document insists on moderation and prudence. “As powerful as we are and will remain,” it warns, “our resources and influence are not infinite.” International challenges “require strategic patience and persistence”; foreign policy approaches must be “sustainable.” One example is the refusal to nominate China as the dominant security threat of America's future: Avoiding unnecessary provocation is a cardinal element of strategic restraint.

The need to choose carefully, engage selectively, and avoid exhaustive entanglements has been one of the most bitterly contested aspects of the Obama approach, especially when it leads to seeming hesitancy in the face of issues like Syria and Ukraine. But hesitating is often better than leaping in without careful reflection, which was the tone and tenor of many aspects of U.S. foreign policy for half a decade after 9/11 (and, often enough, for a decade before it, in the form of “humanitarian intervention”). Casting a skeptical eye on new adventures has served the American people well.

But as the document makes clear, restraint isn't all the global environment demands of the United States. America has to lead, with fewer resources and in the face of rising challenges to its role. And where the National Security Strategy, like the broader Obama foreign policy, proves less successful is in defining feasible strategic concepts for positive change.

Over and over again, the document lays out expansive goals—on democratization, trade, and engagement with China—and then backs into a list of policies that don't quite seem equal to the challenge. A good example is in counterterrorism. “We are now pursuing a more sustainable approach,” the document says, “that prioritizes targeted counterterrorism operations, collective action with responsible partners, and increased efforts to prevent the growth of violent extremism and radicalization that drives increased threats.” But these policies have been in place for years, and the world community is further away from a solution to radicalism than it was in 2008.

What's most commonly missing in the space between ends and means are the “ways,” concepts that join a number of tools into specific designs to achieve U.S. ends. An effective approach doesn't just need to lay out six or eight things to counter terrorism. It needs to explain why those things will generate the desired outcome. There must be a “theory of success,” a well-defined mechanism by which the actions will achieve the result.

But the problem is more than just strategic logic. The fundamental reality of American foreign policy today is that our ends and means are inexorably diverging. U.S. global leadership remains critical, but the rising assertiveness of other powers, the spread of disruptive technologies, constraints on our resources, and the natural limitations of many tools of statecraft make it much more challenging for the United States to generate meaningful action. The leading question for U.S. foreign policy going forward is how to resolve this dilemma—how to continue to lead and make tangible progress on hugely challenging issues when the constraints on U.S. power are more apparent all the time.

Strategic restraint is a reasonable starting point. But it is only that, and if there is to be an ultimate critique of the Obama approach, it is that the administration has not balanced its emphasis on prudence with more decisive initiatives: No sweeping initiative to create a new relationship with China, no global renewable energy program, no “grand bargain” in South Asia.

There is much to be said for a moderate, incremental approach that seeks to manage issues rather than solve them. (Rushing out to “solve” Syria might have left 100,000 American troops stranded in another endless nation-building mission.) The signal achievement of the Obama foreign policy—fully on display in the new National Security Strategy—has been to avoid further missteps and lay the groundwork for progress by husbanding U.S. power, restoring the economic foundations of influence, and repairing the U.S. global image. This is an important legacy, and it should not be undervalued. In many ways, the context demanded a restorative emphasis rather than a transformational one. But there is much work left to be done in designing bold, innovative, affordable strategic concepts to more fundamentally address rising dangers in the international system. One consequence of an entirely appropriate focus on strategic restraint is that the administration has largely bequeathed this task to its successors.

This commentary originally appeared on U.S. News & World Report on February 6, 2015. Commentary gives RAND researchers a platform to convey insights based on their professional expertise and often on their peer-reviewed research and analysis.