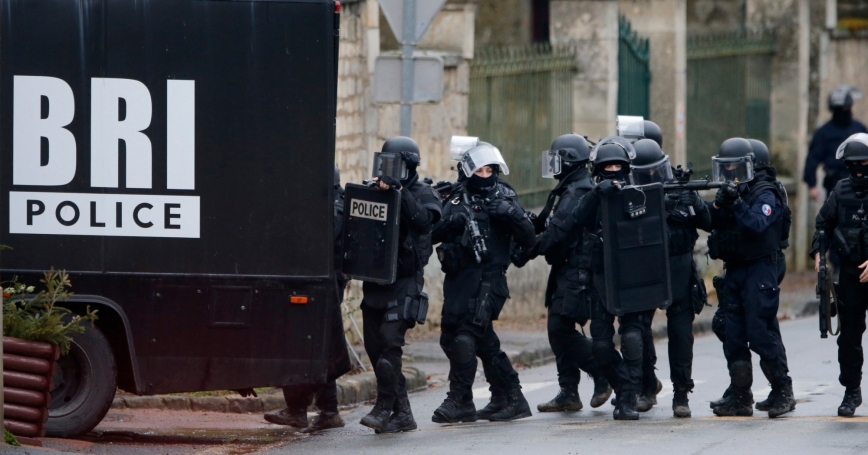 This piece is the third installment in a three-part series examining last month's terrorist attacks in Paris. See part 1 and part 2.

Authorities in both France and the United States are under great pressure to prevent terrorist attacks, and both have achieved remarkable success, although no one succeeds all the time. Lone attackers and tiny conspiracies are difficult to identify and uncover.

In France, the offices of Charlie Hebdo were firebombed in November 2011. The perpetrator was never identified. A wave of shootings in Toulouse and Montauban, which resulted in seven deaths, were carried out by a single individual, Mohammed Merah. The campaign ended with his death in March 2012.

Six months later, two masked men hurled an explosive device at a kosher supermarket in Sarcelles, but no one was injured. (Most of the terrorist plots uncovered by French authorities since the beginning of the century have had people or places in the Jewish community among their targets, and sometimes as the only target.) The Sarcelles bombing prompted a long and complicated investigation.

That attack was believed to be motivated by Charlie Hebdo's publication of cartoons of the Prophet Mohammad the day before. DNA evidence linked the attack to an individual who was known to French authorities. In a situation similar to that of the Kouachi brothers, this individual had been under surveillance for some time without result, causing French authorities to switch their attention to other subjects. With evidence from the Sarcelles attack, they renewed their surveillance and subsequently arrested the attacker and his accomplices. They also found additional devices intended to be used in future attacks. The Sarcelles attack may have been the inspiration for Amedy Coulibaly, attacker of a Paris kosher supermarket in January 2015.

In October 2012, French authorities dismantled a suspected jihadist terrorist cell in Strasbourg, Cannes and Paris, killing one suspect and arresting 12 others (five of whom were released). The terrorists were planning a series of attacks, including car bombings, after which they planned to flee to Syria. Six more persons connected with the plot were arrested in 2013. French authorities broke up a total of four jihadist terrorist plots in 2012.

In the United States, authorities have thwarted all but four of more than 40 jihadist terrorist plots since 9/11. Most of the plots uncovered in the United States were amateurish schemes that were detected long before they got close to being operational. Two-thirds of the U.S. plots involved single individuals. Most of the remaining plots were tiny conspiracies. All were one-offs. There is no evidence of a jihadist underground or group carrying out a campaign.

The four homegrown plots that were not thwarted involved lone attackers, whom the news media insist on calling "lone wolves" — Nidal Hasan's 2009 attack at Fort Hood, Texas; Carlos Bledsoe's shooting of two soldiers at an Army recruiting center in Little Rock, Ark; Faisal Shahzad's 2010 attempt to set off a bomb in Times Square; and the Boston Marathon bombing in 2013. The Boston attack, like the Paris attack, involved a conspiracy of two brothers.

France and the United States follow different approaches in dealing with terrorist suspects. This divergence reflects differences in the threat, historical experience, law, available resources and public attitudes. France faces a more serious terrorist threat than the United States does. French authorities must monitor more suspects. Some of these suspects have trained abroad. Many have backgrounds as hardened criminals with careers in armed robberies. They have ready access to weapons and other materials, much of which comes from the Balkans. They know how to build bombs. French authorities have fewer resources with which to meet this threat than their American counterparts.

The priority in France is to neutralize suspects at the earliest moment possible in order to prevent attacks. When a terrorist plot is suspected, French authorities are not hesitant to arrest the main suspects and people in near contact with them on the basis of intelligence. All of those arrested are questioned by police under judicial supervision in accordance with French custody law. Following this interrogation, or garde arvue, only the suspects for whom there appears to be sufficient evidence are prosecuted; the others are released.

This practice shows up in the statistics. In 2012, French authorities arrested 91 persons suspected of jihadist terrorist activity. In the same year, 12 persons were tried and convicted or acquitted of jihadist activity (or what Europol calls "religiously inspired terrorism"). In 2013, French authorities arrested 143 persons for jihadist terrorism. That same year, 20 persons were convicted or acquitted at trial. (The statistics reveal only the completion of a trial, not the verdict, although most are convicted.) There is, of course, a time lag between arrests and trials, but the two-year period shows 234 arrests and only 32 convictions or acquittals, which suggests that most of those arrested are not brought to trial.

The disparity between the number arrested and the number brought to trial can be explained in part by the French legal system and in part by resources. Lacking the necessary human resources to keep large numbers of potential plotters under intense surveillance and understandably reluctant to run the risk of losing them and thereby not preventing an attack, French police move in early, knowing that it may mean sacrificing the opportunity to prosecute some of the suspects.

In contrast, virtually all of those arrested for terrorist activity in the United States are brought to trial, and the conviction rate is close to 100 percent. In part, the difference lies in attitudes. Americans do not easily accept domestic intelligence collection — "government spying" — outside of criminal investigations. Arrests that do not end in trials may be perceived as a form of intimidation, a violation of civil liberties. They can lead to legal challenges that no investigative agency likes. Therefore, the FBI and local police departments are careful to portray their intelligence efforts as criminal investigations ending in prosecution. Intelligence operations are acceptable only if they end in a courtroom, where a judge and jury act as auditors of the government. Conviction validates the arrest.

In part, the difference reflects institutional culture. The FBI has the lead in terrorist investigations in the United States, and although it has gone a long way to increase its domestic intelligence capabilities, it remains a law enforcement agency governed by rules that apply to criminal cases. The FBI and the Joint Terrorism Task Forces that combine FBI and local law enforcement resources are inclined to pursue only those cases that are likely to end in successful prosecution.

In order to ensure successful prosecution, U.S. authorities set up elaborate covert operations involving confidential informants and undercover agents who record the subjects' intent and preparations to carry out the crime. Facing fewer plots, most of which involve a single suspect, surveillance in the United States is easier. When required to build a case, U.S. authorities are able to invest the resources required to pull off elaborate subterfuges. A subject who believes he is in touch with al Qaeda operatives may be given specific assignments and offered fake explosives, all of which will later be used in court as evidence of intent. Under U.S. law, proof of intent suffices for conviction.

These "sting operations" risk being seen as entrapment. Knowing this, American authorities are careful to show that the initiative comes from the defendant, not the authorities; that the defendant understands the consequences of his action; and that he is given ample opportunities to back out. Thus far, American juries have rejected the entrapment defense.

France limits the kinds of information that can be used as evidence in trials. Intelligence information can be produced in court, but it is not considered evidence. Informants are never invited to testify. Judges may know about information collected through national security technical interception — telephone taps, email intercepts — but the information cannot be used as evidence. French police, however, do not see this as a major handicap. And there is no need for subterfuges to prove intent. Criminal cases in France are tried before professional judges, and terrorism-related cases come before specialized judges who are experienced in these kinds of investigations.

Sentencing practices also differ. The average sentence for those convicted of religiously inspired terrorism in France is six years. Cherif Kouachi was sentenced to three years; he spent 20 months in jail. Coulibaly was sentenced to five years but was released a few months later. In the United States, those convicted of attempting to join terrorist groups abroad face imprisonment of up to 30 years, and sentences of 15 to 25 years are not uncommon. American authorities see these harsh sentences as a deterrent, although the United States is often criticized for having the highest incarceration rate in the world.

Countering terrorism in a democratic society is not easy. Much depends on history, context, and public attitudes. We cannot say that either France or the United States has the right answer.

Jenkins is senior adviser to the president of RAND Corporation. Clair was deputy director of the Directorate of Territorial Surveillance (DST), France's internal security service, from 1998 to 2007; from 1983 to 1997, he led the Anti-Terrorism Branch of the DST.

This commentary originally appeared on The Hill on February 27, 2015. Commentary gives RAND researchers a platform to convey insights based on their professional expertise and often on their peer-reviewed research and analysis.