Don't Scare Off Investors from Iran 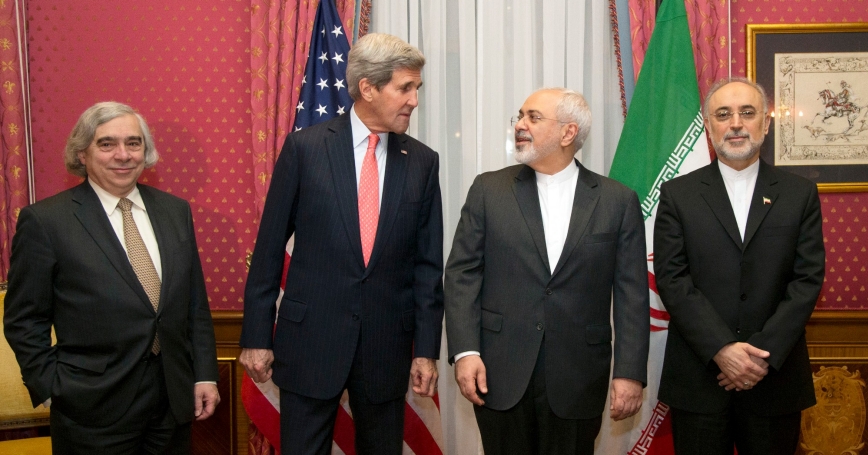 Congressional proponents of new sanctions against Iran argue that proposed penalties would only take effect if Tehran refuses to enter into an agreement or if it signs one but then reneges on its commitments. But the mere prospect of new sanctions could scare off foreign investors and prevent a deal from having any chance of success.

The U.S. is pursuing an agreement that would impose limitations on Iranian nuclear activities in exchange for a suspension of economic sanctions that have kept Iran isolated from the global economy. Once freed from sanctions, Iran hopes, multinational corporations will jump-start Iran's flagging economy by investing in oil and other key industries.

A nuclear deal with Iran that suspends some economic sanctions will not necessarily lead to a rapid influx of foreign investment. American companies will almost certainly remain unable to do business in Iran, as prohibitions on U.S. trade and investment derive from sanctions related to Iran's human rights abuses and support for terrorism, which President Barack Obama's administration has pledged to keep in place.

Non-American corporations must decide for themselves whether the benefits of pursuing business opportunities in Iran outweigh the risks, and they will likely stay away as long as Congress keeps debating the imposition of new sanctions. Their reluctance to invest could prevent Iran from seeing the economic benefits of a deal, which could lead the Iranian government to pull out of it — bringing the United States and its allies back to square one in their efforts to rein in Iran's nuclear program.

Even if the United States waives nuclear-related sanctions, non-American companies seeking to do business in Iran run the risk of incurring significant penalties if they inadvertently violate other U.S. sanctions that remain in effect. Corporations that deal with designated entities in Iran can be prevented from doing business in the United States and get cut off from U.S. banks — not a big deal for a small trading house in Dubai, perhaps, but a significant risk to the large multinational oil companies and manufacturers whose investment Iran desperately hopes to attract.

Firms will likely refrain from all but short-term transactions if they believe that Congress may close the window for investment after a brief period of sanctions relief. Few industries pursued business deals that were allowed by the short-term Joint Plan of Action (PDF), the interim agreement that relaxed some sanctions on Iran while negotiations continued, because the six-month time frame (subsequently extended) was inadequate to develop and execute profitable business deals. This hesitancy to engage suggests that companies will similarly refrain from entering the Iranian market if they think Congress might at any time impose sanctions that had previously been waived.

The Senate was poised to impose new sanctions in January. However, when the president promised to veto any sanctions imposed while negotiations were still ongoing, Democratic senators announced they would withhold their support at least until the end of March, which is the deadline for reaching a so-called political framework for a comprehensive deal that would be concluded by June 30.

In the meantime, during its March 26 budget legislation debates, the Senate unanimously approved a non-binding measure that calls for new sanctions if Iran breaks any nuclear agreement or the interim agreement. When Congress returns from recess in mid-April, the Senate Foreign Relations Committee plans to mark up legislation that would reverse sanctions waivers provided by a deal and prohibit future sanctions waivers unless the president certifies two things: that Iran continues to comply with an agreement and (somewhat tangentially) that Iran has refrained from supporting acts of terrorism against the United States or U.S. persons. By pre-authorizing the reversal of sanctions waivers and by linking the re-imposition of sanctions to terrorism, this bill, if passed, will signal to companies considering doing business in Iran that sanctions could quickly be reinstated — thereby eviscerating their investments — at any time.

Until the text of an agreement is finalized, however, Congress cannot use the prospect of new sanctions to force Iran to comply with a still-undetermined deal. Gauging adherence to international agreements often involves a significant amount of subjective judgment, so it will be critical for legislation to specify exactly what Iranian actions (or inactions) would constitute a breach of the agreement and thus trigger new sanctions. Such clarity will be needed to justify the imposition of new penalties to U.S. allies and partners, whose continued support for the sanctions regime is necessary for it to be effective. At the same time, clarity will enable corporations to make informed business decisions about engaging in Iran.

Congress should wait until negotiations produce a comprehensive deal (or fail to do so) before debating the imposition of new penalties on Iran. If no agreement is reached, Congress can impose harsh new sanctions on Iran as a penalty for its intransigence. If Iran does conclude an agreement with the United States and its allies, Congress will know what Iran has committed to do and can calibrate potential sanctions to those specific commitments. In either case, corporations will have greater clarity regarding the conditions under which sanctions will be reinstated and therefore the risks of entering the Iranian market.

If private companies are unwilling to invest in Iran, the Iranian regime will see little benefit in continuing to limit its nuclear activities in accordance with a negotiated agreement. To avoid discouraging private sector engagement, Congress should hold off on considering new sanctions until after the negotiations' June 30 final deadline, then draft new penalties whose triggers for imposition are crystal clear. The longer Congress spends debating broad sanctions with uncertain red lines, the more likely it is that a deal, once concluded, will fall apart. Although some members of Congress may, in fact, want a deal to fail, it is in the United States' best interest to seek an acceptable diplomatic solution to Iran's nuclear program and then actually give it a chance to work.

Larry Hanauer is a senior international policy analyst at the nonprofit, nonpartisan RAND Corporation. He is the author of the recently released RAND report, “The Days After a Deal with Iran: Congress's Role in Implementing a Nuclear Agreement.”

This commentary originally appeared on U.S. News & World Report on March 27, 2015. Commentary gives RAND researchers a platform to convey insights based on their professional expertise and often on their peer-reviewed research and analysis.