Grounds for Cautious Optimism on an Iran Nuclear Deal 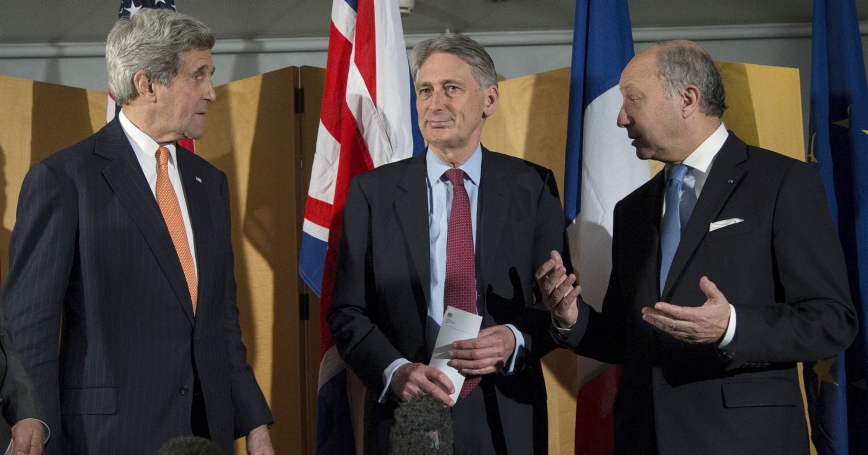 Given the overheated rhetoric and theatrics of the past few weeks, many seem to have concluded that the nuclear agreement under negotiation with Iran is a bad one that should be rejected out of hand. That would be a premature verdict.

In fact, while a fully informed judgment must await the more detailed final agreement set for late June, sufficient information is available to be cautiously optimistic about the characteristics of the framework accord anticipated by the end of this month.

Many Americans might be surprised to learn what has already been accomplished under the “joint plan of action,” the interim agreement that laid the groundwork for the comprehensive deal now being negotiated. In that accord, the P5+1 (the United States, United Kingdom, France, China, Russia and Germany) were able to secure Iran's agreement to concrete actions that combined to stop and, in important respects, roll back key aspects of its nuclear program.

As a result of the interim plan, Iran has eliminated its entire stockpile of uranium enriched to the 20 percent level, or converted it to a form that cannot be easily enriched further, and it has halted the production of any more such material. It has also refrained from installing new, more advanced types of centrifuges for uranium enrichment and stopped short of completing construction of the Arak nuclear reactor, whose design was suitable for producing large amounts of weapons-grade plutonium. Iran has also provided international inspectors with enhanced access to verify Iran's compliance with the agreement's terms.

One reason for cautious optimism about the prospective framework accord resides in President Barack Obama's assurance that a deal must ensure it would take Iran at least a year to produce enough weapons-grade uranium for a nuclear weapon. This “breakout time” requirement is a function of both the numbers and types of centrifuges that Iran can install and the amount and level of enrichment of uranium available in Iran at any time.

Currently, with approximately 10,200 operational centrifuges, it would take Iran an estimated two to three months to produce enough fuel for a weapon—an uncomfortably short window of time in which to detect the activity, let alone for the United States and the U.N. Security Council to agree upon and implement measures to halt it. A breakout time of one year would provide enough time; to achieve that goal would require limiting Iran to about 6,000 centrifuges, a 40 percent reduction.

A second reason for cautious optimism is reflected in National Security Adviser Susan Rice's promise that whatever deal emerges will include Iran's agreement to “frequent and intrusive inspections” that will be conducted beyond the agreement's fixed duration. These provisions will be designed to detect—and therefore deter—any future attempt to “sneak out” by establishing a covert enrichment or reprocessing facility inside Iran.

Her remarks strongly suggest that the forthcoming deal will reflect Iran's agreement to ratify and implement a package of stringent verification measures sometimes referred to as the Additional Protocol-Plus. These measures would permit International Atomic Energy Agency (IAEA) inspectors to visit all of the facilities associated with Iran's nuclear activities, including sites they do not currently have access to. The measures would also allow them to conduct no-notice inspections of undeclared sites where Iran could be conducting clandestine nuclear activities.

Not only would the implementation of the Additional Protocol-Plus significantly enhance the ability to detect any breakout attempt, but because these are inspection and transparency measures that are overseen and established with the IAEA—and exist prior to and outside of any P5+1 agreement with Iran—they would not sunset when the fixed duration of the agreement is reached. In short, they would be of indefinite duration. This is yet another crucial aspect of the prospective treaty that is seldom if ever mentioned by critics of the agreement.

Another final, important issue will bear close examination in a prospective deal: sanctions relief. In return for meeting the obligations and constraints imposed on Iran in a comprehensive agreement, Iranian negotiators have been pushing for an early, significant lifting of sanctions. Undoubtedly, this position is driven by a desire to build support for the agreement at home. But an early removal of sanctions is not possible either on practical grounds—given the many entangled layers of national and international sanctions in place—or on political grounds in the United States and potentially other countries.

More important, unconditional sanctions relief early in the process would be unwise, as it would remove a key part of the leverage necessary to keep Iran from walking back on its commitments. At the outset, such relief should come in the form of a conditional suspension of sanctions, which would be easier to reinstate in the event of a material breach of the agreement. Look, therefore, for a compromise approach that involves phased sanctions relief wherein sanctions are suspended in phases as it is determined that Iran is meeting key obligations in the agreement.

An agreement with these provisions—a reasonable amount of breakout time at existing facilities, strong transparency measures of indefinite duration to guard against the construction of secret facilities, and a carefully structured program of sanctions relief—would constitute a strong deterrent against an Iranian political decision to pursue nuclear weapons. It would be deserving of support. Anything less would not.

This commentary originally appeared on Newsweek on March 25, 2015. Commentary gives RAND researchers a platform to convey insights based on their professional expertise and often on their peer-reviewed research and analysis.