Inside the Terrorist Factory 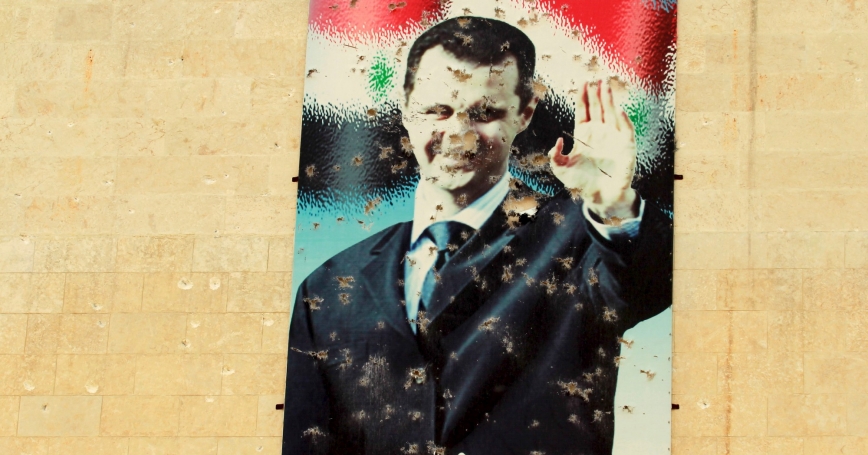 As the civil wars in Syria and Iraq continue, they sharpen the sectarian divide between Sunnis and Shias, threatening the stability of the region and attracting a steady flow of foreign volunteers, effectively turning Syria and Iraq into a terrorist factory.

The main recruiters can be found within the two galaxies of jihadist terrorists in the region, al Qaeda and the Islamic State of Iraq and the Levant (ISIL).

Al Qaeda's affiliate in Yemen has, in the past, recruited foreign volunteers and attempted terrorist attacks on U.S.-bound flights, and it continues to try to spur recruits to carry out attacks in the United States. In addition, U.S. and British intelligence officials have warned that al Qaeda's Syrian affiliate is also attempting to recruit foreign fighters to mount new terrorist attacks in the West. Although the capability of al Qaeda's core group to launch direct attacks on the United States — the “far enemy” — has diminished, al Qaeda remains committed to attacking us through its affiliates, allies and homegrown terrorists.

Currently preoccupied with expanding and defending its territory, ISIL continues to attract foreign recruits, including an increasing number from the West. It has urged its supporters in the West to carry out terrorist attacks in their home countries and has applauded when they have done so. And ISIL has brutally murdered Westerners it has taken hostage, then broadcast the executions to the world partly as a recruitment tool for potential volunteers drawn to violent extremism.

Retaking the Iraqi and Syrian cities and towns now held by ISIL is almost certain to be a long, bloody struggle that could easily turn into a slaughter that scatters fleeing foreign fighters across the planet. Some will join other jihadist fronts. Libya, Yemen, Afghanistan and the Caucasus are possibilities. Some Westerners will seek refuge, or revenge, at home.

Meanwhile, Western governments, including the United States, are faced with the continued flow of their nationals to Syria and Iraq while trying to intercept those coming back, including some who may wish to carry out individual acts of terrorism. This has already occurred, albeit on a small scale, in Europe. With several thousand of their nationals in Syria and Iraq, European authorities are being overwhelmed by the volume of people traveling to and from the region.

So far, the number of American jihadist recruits appears to be a manageable security threat, although that number is growing. According to official estimates, as many as 150 Americans have gone to or attempted to go to Syria over the past three years — more than the total number that have gone to or tried to go to all of the other jihadist fronts since 9/11.

Western governments must also deal with the threat of action by frustrated homegrown jihadists who are inspired by al Qaeda's or ISIL's exhortations to action but are unable to travel to Syria. ISIL's claimed re-creation of the Caliphate has galvanized extremists worldwide. ISIL has also effectively exploited social media to reach a large and impressionable audience.

But there is no evidence yet that ISIL is planning to launch its own terrorist attacks in the West, although the recent attacks on Western tourists in Tunisia and the explosions at Shia mosques in Yemen — both of which ISIL laid claim to — underscore the danger posed by the radicalizing role of the conflicts in Syria and Iraq.

Since the latter part of 2013, the terrorist jihad has been distracted by the schism between supporters of al Qaeda and supporters of the Islamic State. Competition between the leaderships for pledges of loyalty and expressions of support continues. Open warfare between the two factions has occurred in Syria. These internal divisions have not prevented the spread of jihadist ideology and establishment of new jihadist footholds, whether these display al Qaeda's black standard or the logo of the Islamic State. Beyond Syria and Iraq lies a complex landscape of shifting loyalties.

Some groups remain committed to al Qaeda's leadership. Others have formally pledged their fealty to the Islamic State. Still others remain unaffiliated. Despite poaching each other's recruits and mustering oaths of loyalty, the feud between al Qaeda and the Islamic State has little relevance outside of the war zones. And neither side in the internal quarrel exercises direct control over homegrown jihadists, where the push for action comes as much from the bottom as it does from the top. Some Western jihadists even welcome the split, hoping that it will lead to competition between the two wings of the movement to see which can carry out more spectacular attacks in the West.

ISIL, through its actions and communications, has amplified al Qaeda's message of war on the West to inspire a broader audience. That message will continue to spread and fuel instability in regional conflicts. Still, neither al Qaeda nor ISIL has achieved more than limited success in persuading Americans to sign up for their version of jihad. The terrorist organizations have not been able to build a deep reservoir of support here. There have been few terrorist plots, and as yet no mass exodus of U.S. volunteers going to Syria.

The most likely threat to U.S. homeland security will come from homegrown terrorists carrying out unsophisticated but lethal attacks. More ambitious plots also cannot be ruled out, although domestic intelligence efforts have been remarkably successful at preventing them. The terrorist assaults in January in Paris and this month at the museum in Tunisia, along with the seemingly endless string of non-terrorist shootings in the United States, are a potent reminder that it only takes a lone gunman — or two or three — to cause significant casualties.

Jenkins is senior adviser to the president of the RAND Corporation and the author of The Dynamics of Syria's Civil War.