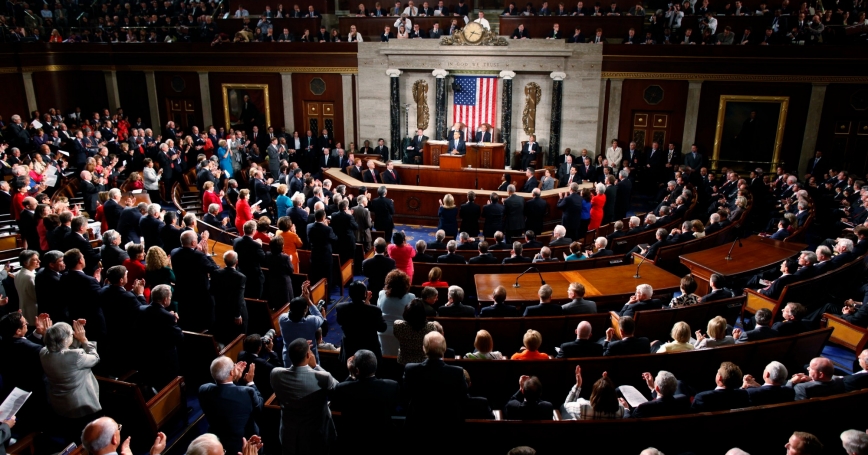 by James A. Thomson and Jesse Sussell

In recent decades, the ideological gap separating the Republican and Democratic parties in Congress has grown dramatically wider. Preliminary research shows — to no one's great surprise — that the trend of rising polarization in the Congress has not abated.

What is driving this polarization? Prior research has identified factors such as income inequality, public financing of elections, and weakened party leadership. We believe that polarization may also stem from the geographic clustering of Americans by political ideology.

The idea that polarization is related to geographic partisan “sorting” or clustering is not new. Bill Bishop suggested as much in his 2008 book “The Big Sort.” Bishop believed that beginning in the 1970s, Americans began clustering into communities with similar values and lifestyle preferences. He argued that this clustering had political consequences because individuals who share values and lifestyle preferences tend to share political preferences as well. Bishop speculated that these changes might have contributed to growing polarization in Congress, with like-minded communities tending to elect like-minded representatives.

Since the publication of this book, there has been a vigorous debate over whether a “big sort” is happening. In research published earlier this month, we argue that it has.

We examined the presidential vote in congressional districts over the last 60 years. During this period, the variance of district-level presidential voting has increased steadily, meaning that the degree to which most districts are different from the “average” district has grown. This is consistent with Bishop's hypothesis of political clustering.

However, clustering did increase with respect to income, education and marital status. Each of these can be plausibly linked with partisanship. For example, districts with high incomes might support Republican House candidates because of the historic Republican opposition to high taxes. And ones with low incomes might support Democrats because of their historic support for social programs for the poor.

Is clustering along these lines contributing to rising polarization in the U.S. House of Representatives? Our analysis suggests that something like 30 percent of the growth in House polarization may be attributable to geographic clustering of the electorate over time.

Of particular interest is the apparent relationship between polarization and clustering with respect to marriage. We believe that the marriage rate is the best available marker for a place-based affinity (or lack thereof) for conservative social values. Districts that have the highest percentages of married people have generally tended to elect Republican candidates, but that tendency has grown. In 1972, less than 60 percent of the districts with the highest marriage rates elected Republican members; in the current Congress that figure has grown to about 91 percent.

Political polarization has not just helped to shape the American political system over recent decades, it has defined it, and there is no reason to expect a quick reversal. If there is hope, it might come via changes to election laws that might allow centrist candidates (whether Republican, Democratic, or something else) to be competitive. This legislation would require the support of incumbent lawmakers with strong incentives to oppose it, and as such there is not much reason for optimism in this area.

One possible ray of hope is primary election reform intended to reduce the influence of the parties, which California recently implemented. Many are optimistic that this reform will foster moderation in the California legislature (ourselves included). Although the initial evidence does not appear promising, it will take several election cycles to fully assess the effects.

James A. Thomson is president emeritus of the nonprofit, nonpartisan RAND Corporation and a professor at the Pardee RAND Graduate School. Jesse Sussell is senior quantitative associate at Social Policy Research Associates and a member of the adjunct staff at the RAND Corporation.

This commentary originally appeared on The Washington Post Monkey Cage Blog on March 2, 2015. Commentary gives RAND researchers a platform to convey insights based on their professional expertise and often on their peer-reviewed research and analysis.