Means Matter: Competent Ground Forces and the Fight Against ISIL 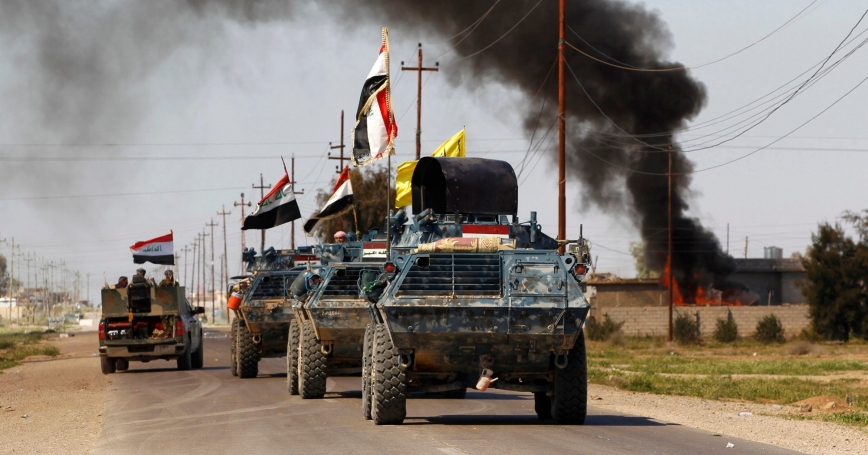 Armored vehicles of Iraqi security forces passing smoke arising from a clash with Islamic State militants in the town of al-Alam, March 10, 2015

What will it take on the ground to defeat the Islamic State of Iraq and the Levant (ISIL)? What is the nature of America's current conflict against ISIL? Can the Iraqi Security Forces (ISF), bolstered by U.S. air power, advisers, special forces—almost everything short of ground combat forces—defeat ISIL? These are important questions that have come to the fore with news of the stalled Iraqi offensive against Tikrit, the fumbled announcement out of U.S. Central Command of the now postponed (if it ever was scheduled) ISF offensive to retake Mosul, and the debate over President Barack Obama's request to Congress for an Authorization for the Use of Military Force (AUMF) to fight ISIL. The more important question is this: Can the United States realize its stated policy objective of defeating ISIL without U.S. ground combat forces? The answer is no.

Many have already commented on the need to have all U.S. options available to defeat ISIL. Retired Marine Corps General Jim Mattis recently wrote that this should include ground combat forces “to achieve our war aims.” What has been missing from the debate is an assessment of why U.S. ground forces are not just “better” than the ISF, but absolutely necessary for achieving U.S. policy objectives against ISIL. Pulling out one's copy of Clausewitz's On War is a good place to start....

David E. Johnson is a senior researcher at the nonprofit, nonpartisan RAND Corporation and an adjunct professor at Georgetown University.

This commentary originally appeared on War on the Rocks on March 19, 2015. Commentary gives RAND researchers a platform to convey insights based on their professional expertise and often on their peer-reviewed research and analysis.