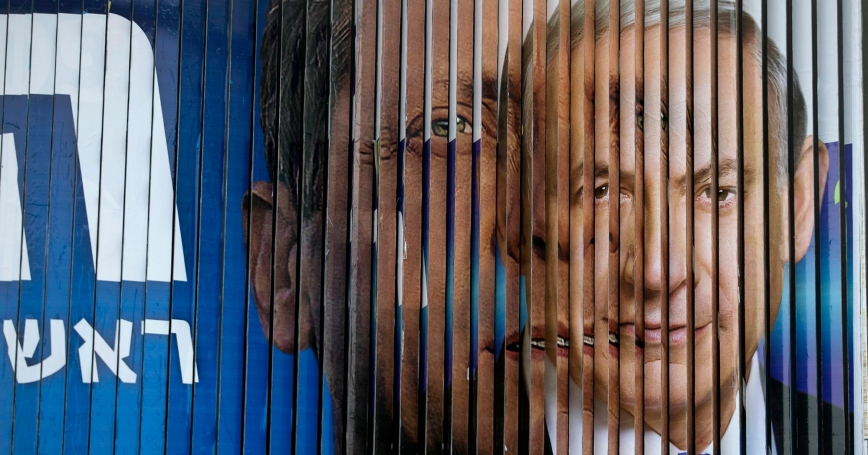 According to press reports, President Barack Obama and Israeli Prime Minister Benjamin Netanyahu don't get along. More importantly, as Netanyahu's address before Congress made clear, they don't see eye-to-eye on one of the most significant security issues of the day: how to prevent an Iranian nuclear weapons program.

Oddly, however, with Israeli elections this week, one question is not being asked: Would a change of leadership in Israel lead to a fundamentally different Israeli stance on a nuclear deal?

You'd think the answer was easy. It's not.

To be sure, if a center-left coalition can form a government, we can expect a less openly confrontational Israeli prime minister. But even new Israeli leaders are likely to be concerned about any conceivable deal.

Why? Because while there are significant differences in views on Iran among Israel's security elite, most of these differences center on the tactics about how to frame and address the Iranian threat. An Israeli consensus does exist, one in which Iran is perceived as a top security concern across the political spectrum.

Netanyahu's recent public posturing against a deal was met with harsh criticism by the security establishment in Israel, but less because of his position on an Iran deal than because of the tension his speech caused in U.S.-Israeli relations.

Some security heavyweights like former Mossad head Efraim Halevy criticized Netanyahu for how he has framed the Iranian challenge in existential terms, with references to the Holocaust in particular. For many in Israel's security establishment, such rhetoric is damaging to Israel's deterrent posture, because it suggests Israel is not capable of dealing with the Iranian threat. As Halevy explained in a recent interview, “You tell them there is a threat, perhaps a most serious threat, but we are in a position to meet it… We are not sitting ducks waiting to be destroyed one fine morning.”

Halevy reflects a common view among Israeli security elites: Iran and its potential nuclear capabilities are a threat to Israel. But these experts believe Netanyahu has unnecessarily escalated tensions with the United States, its most important ally, while undermining Israel's reputation and deterrence on the global stage.

On the substance of a possible deal, Netanyahu has repeatedly stated his view that any remaining Iranian nuclear enrichment would constitute a “bad deal.” There are prominent Israeli security analysts who differ with him, but by and large the most serious complaints have been about the prime minister's approach, not his position. Such critics argue that maximalist positions undercut Israeli influence on the negotiating process.

One of the most prominent Israeli strategic thinkers in this camp is Amos Yadlin, the former head of Israel's military intelligence, who is believed to be the candidate for defense minister if the center-left wins the election. On the plus side for the administration, Yadlin has written that Israel should face the fact that any conceivable deal is likely to leave some limited Iranian enrichment in place, showing much more flexibility than the official Israeli position.

But the terms Yadlin spells out for an acceptable deal for Israel are still far from what is believed to be the contours of a possible deal. Yadlin has suggested that a deal leaving Iran with anything more than a symbolic number of centrifuges (numbering in the hundreds not thousands) and that would not keep Iran “several years” away from a breakout capability would be a “bad” deal. U.S. and other Western officials have suggested that a mutually negotiated outcome is unlikely to meet such conditions.

So even those in the Israeli national security community who have been critical of Netanyahu's strident stance against the nuclear negotiations and have argued for more flexible Israeli positions are not likely to welcome a potential deal. Washington should not expect a sea change in Israel's official attitudes toward Iran and the nuclear negotiations if Netanyahu is defeated.

As a result, the U.S. approach to Israeli concerns will remain as critical as ever. Despite Netanyahu's repeated statements that military options remain on the table, no Israeli government would be likely to take immediate military action against Iran in the wake of an agreement. The more likely reaction, regardless of who is in power, would be efforts to ensure that the U.S. keeps sanctions in place as long as possible and that international inspections and verification of a nuclear deal are strictly enforced.

Warm personal and professional relationships can make a difference. Still, no Israeli government is likely to be convinced Iran has given up its nuclear ambitions for good, and all Israeli leaders will continue to worry about Iran's other activity in the region, particularly its relationship to Hezbollah and its missile development.

The United States needs a strategic plan for how to explain a potential agreement to Israeli leaders and to the Israeli people, providing the detail necessary to prove how a deal can bolster rather than undermine Israeli security, particularly given the alternatives (none of which are good). A robust package of security assurances could help to address Israeli concerns and buy time for the implementation of the agreement.

If the implementation goes well, as the interim deal did, Israeli leaders will likely adapt to the reality of the agreement over time, and tensions with Iran might even decrease. But the implementation of the deal is likely to take years, so we can expect more crises to come, with or without Prime Minister Netanyahu.