Predicting the 'Dangerousness' of Potential Terrorists 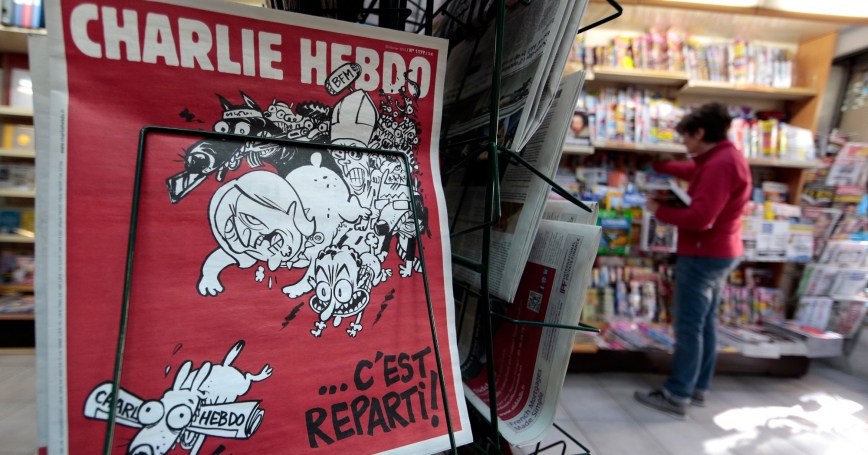 This piece is the second installment in a three-part series examining last month's terrorist attacks in Paris. See part 1 and part 3.

Predicting “dangerousness” is a hit-and-miss endeavor. French authorities are, of course, reviewing why their intelligence services were not on top of the Kouachi brothers, both of whom had previous arrests for involvement in terrorist activities even before the trip to Yemen, and Cherif Kouachi was known to have been further radicalized while in prison. After his release, the continued involvement of both brothers in jihadist activities attracted the attention of authorities, but the brothers avoided prosecution.

The police forces of some countries attempt to conceal their surveillance, hoping to catch subjects in the act. Others conduct obvious surveillance—tramping around in heavy boots—to let suspects know that they are onto them, thereby deterring attacks. This works in some cases, but not always. There are examples of wiretaps revealing that subjects presume or know that they are under surveillance but continue their preparations anyway, knowing that they will be arrested. Success is desirable, but jihadists believe they get credit with God even if they fail. On his way to Iraq in 2005, Cherif Kouachi admitted that he did not want to die, but he continued because he did not want to be called a coward. He was relieved by his arrest. Obviously, his willingness to risk death changed over the years.

More than two years of surveillance after 2011 without any indication of involvement by the Kouachi brothers in terrorist activities persuaded French authorities to focus their intelligence efforts on other subjects who were considered to pose a more immediate threat. In retrospect, that decision turned out to be wrong, but it was not a “breakdown” in intelligence, as some American news media described it. The brothers simply were not observed to be doing anything suspicious, while other subjects, especially French citizens returning from Syria and Iraq, were deemed to pose a greater danger. We do not know if the Kouachi brothers, knowing that they were under surveillance, simply lay low and did nothing to attract suspicion for several years before carrying out their attack; managed to successfully conceal their intentions and preparations; or abandoned any plans to carry out attacks for a while, only to renew them later.

The brothers initially went to the wrong building on the day of the shooting at the offices of Charlie Hebdo, a fact that has led to an interesting hypothesis. It suggests that the attackers had not been there before—they had conducted no reconnaissance in person and relied entirely on Google mapping. Was this because they did not want to risk being identified by countersurveillance measures in effect at the target? The investigation should determine when they began taking concrete measures in preparation for the attack and whether they were under surveillance at the time.

Authorities in other countries have made similar incorrect decisions about whether suspected terrorists pose a threat. Two of the four suicide bombers who killed 52 people in the July 2005 attacks on London transport had been on the radar of the British intelligence services at least two years before the attacks, but they were not deemed priority targets, and the case was closed. That may have been the right call at that time, but it did not apply two years later.

FBI officials interviewed Carlos Bledsoe—an American who in 2009 shot two soldiers at an Army recruiting center in Little Rock, Ark.—several times after his return from Yemen, but detected no danger. After interviewing Tamerlan Tsarnaev, one of the Boston Marathon bombers, in 2011, following a tip from Russian authorities, the FBI decided that he did not represent a terrorist threat and closed its investigation. Again, that may have been the right call at the time, although many have criticized the bureau for closing the file and not notifying local police. Less than two years later, Tsarnaev and his brother carried out the deadly bombing.

Unless someone is waving a gun, it is extremely difficult to predict dangerousness. Even with direct access to the subject, parole boards, suicide prevention units, and even trained clinicians get it wrong.

Analysts have tried to deconstruct the passage from radicalization to violence. There appear to be identifiable phases, which can be useful in assessing where a subject might be on the path from internalizing an ideology to plotting violence on its behalf. But the path is not a straight line. Some may bolt from radicalization to attack. Others sniff at the edges, snarl and bark but then back off, only to return later.

Despite the popularity of the term “sleeper,” referring to an operative who is recruited and deployed with instructions to lay low and take action only upon instruction, there are few examples of sleepers in the realm of espionage and none in the realm of terrorism. Instead, there are individuals who may simply take a long time before they decide to do something. The decision to act appears to be a personal one, often triggered by an individual crisis, although in some cases perpetrators are persuaded by others to go along with a scheme.

When a person becomes a terrorist and is arrested or killed, his or her own statements or biography help authorities understand why he or she crossed the line into criminal action. In a rear-view mirror, the reasons may be obvious, but that does not mean that authorities can tell in advance who will become a terrorist; they can only tell why after an attack.

To the terrorist, the trigger for action may be clear. It may depend on what is going on in the terrorist's life. It could be an assessment of his own future, a disappointment, the loss of a lover, a perceived insult or even a chance meeting—more happenstance than a predictable trajectory. For the observer who is unaware of these deeply internal thoughts, assessments of who decides to become a terrorist, and when, runs close to being random. And if radicalization and recruitment to violence is based less on ideological appeal and more on personal circumstances, this raises questions about organized programs to prevent radicalization.

The Overwhelming Volume of Surveillance Subjects

Added to the problem of unpredictability is the problem of volume. There are simply too many subjects to surveil. Since the 1990s, authorities in France have had to deal with young men who went off to Afghanistan, Bosnia, Chechnya, Iraq, Pakistan, and Yemen, but the numbers in earlier years were never big. However, the civil war in Syria, the declaration of the Islamic State in Iraq and Syria (ISIS) and the intense campaign online and in social media exhorting others to join the fighters at the front or to carry out terrorist attacks at home has changed that. In the past few years, the number of individuals in France and elsewhere in Europe who merit watching has increased significantly and rapidly, stretching resources.

In 2014, as part of an effort to prevent would-be jihadists from leaving the country to join jihadist fronts abroad, France set up a hotline for concerned families wishing to notify authorities about relatives who were about to depart, so that they could be intercepted. The appeal worked, and hundreds of worried families called, but this added even more names to the list of those already being tracked.

Budget constraints and hiring limits have exacerbated the situation. In 2014, France's internal security service was authorized to hire 430 more people, but it takes time to recruit and train needed specialists. And even with the new slots, it will not be possible to maintain large numbers of suspects under full-time physical surveillance. Contrary to the vision of surveillance seen on television dramas, consisting of two cops parked across the street, it takes more than 20 people to follow one person 24 hours a day, seven days a week.

The Problem of Persistence

The persistence of the jihadists adds to the challenge. The Kouachi brothers were devoted to their cause. Their jihadist activities went back 10 years. Despite arrests and even time in prison, their commitment ended only with their deaths. This is the nature of religious conviction. It produces a tenacity that allows for disengagement but not easy abandonment. As the examples discussed here illustrate, closing cases may cause subsequent turns toward lethality to be missed. That creates a dilemma for authorities. They cannot permanently assign minders to every would-be warrior or returning jihadist.

It would be much easier if radicalization and self-recruitment into violent ideologies could be prevented, as some governments, notably the United Kingdom, have tried to do. The British PREVENT strategy brings together various sectors, including education, criminal justice, faith, charities, and health services, to provide practical help in preventing people from being drawn into terrorism. The results have been mixed. Despite the program, which was initiated in 2011, hundreds of young Britons—some claim as many 2,000—have gone to jihadist fronts in Syria and Iraq.

Does preventing possible attacks require authorities to adopt a harsher approach? Should demonstrated intent suffice for conviction and incarceration? It does in the United States. Such an approach in other countries would significantly increase the number of would-be attackers in prison, where they could be further radicalized, as was Cherif Kouachi. Should prison sentences be lengthened simply to keep potentially dangerous people out of circulation for longer periods, thereby reducing the numbers at large?

French authorities report that nearly 1,400 French citizens have gone to Syria or tried to go. How many more potential homegrown terrorists there might be, we do not know. But the numbers are orders of magnitude greater than the numbers of those who ultimately actually engage in terrorist plotting.

We do not know how many young people entertain the idea of becoming a terrorist but then abandon it. Just as some decide to become terrorists, some also drop out, but we have no way of knowing how many decide on their own or are successfully dissuaded from going down a self-destructive path by relatives or close friends who are unlikely to draw the attention of authorities to near misses. America's terrorist watch lists reportedly contain hundreds of thousands of names, but only a tiny fraction of those individuals ever become involved in actual terrorist plots.

Jenkins is senior adviser to the president of the RAND Corporation. Clair was deputy director of the Directorate of Territorial Surveillance (DST), France's internal security service, from 1998 to 2007; from 1983 to 1997, he led the Anti-Terrorism Branch of the DST.

This commentary originally appeared on The Hill on March 26, 2015. Commentary gives RAND researchers a platform to convey insights based on their professional expertise and often on their peer-reviewed research and analysis.