The Front National and the Future of French Foreign Policy 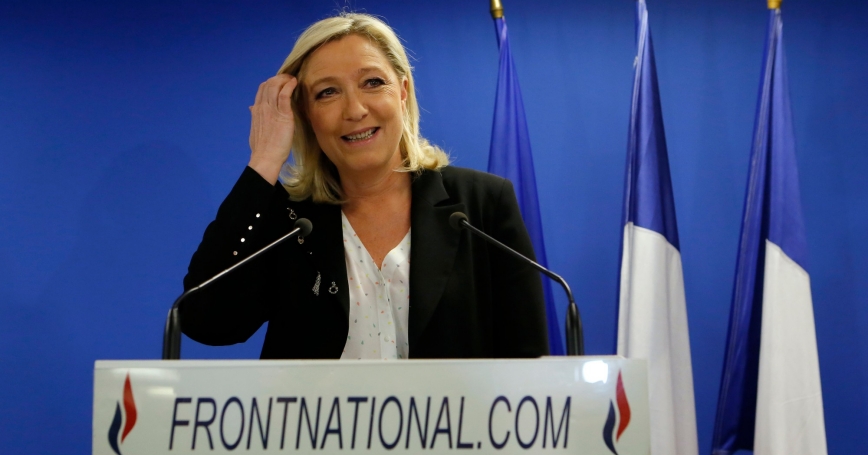 Sunday's elections gave the French extreme-right party Front National the highest percentage of votes it ever achieved in a local election. With 26 percent of the votes, the Front National confirms that it is in the ascendant and its leader, Marine le Pen, stands well-positioned as a strong contender in France's presidential elections in 2017. Should this be of concern mostly to the French, or do the Front National's current and, possibly, future successes have implications for France's partners and allies in Europe and beyond?

Less than two weeks after the deadly attacks in Paris against the satirical magazine Charlie Hebdo and a kosher supermarket, Marine le Pen, the leader of the Front National, enumerated in an op-ed in The New York Times a few of her party's pet peeves: the Schengen Agreement that opened up borders within the European Union, French immigration policies, and her country's “serious geopolitical incoherence” due to misguided foreign interventions and the influence of foreign countries such as Qatar and Saudi Arabia on French policy.

Stephanie Pezard is a political scientist at the RAND Corporation.

This commentary originally appeared on War on the Rocks on March 25, 2015. Commentary gives RAND researchers a platform to convey insights based on their professional expertise and often on their peer-reviewed research and analysis.