What Afghanistan Wants from Washington 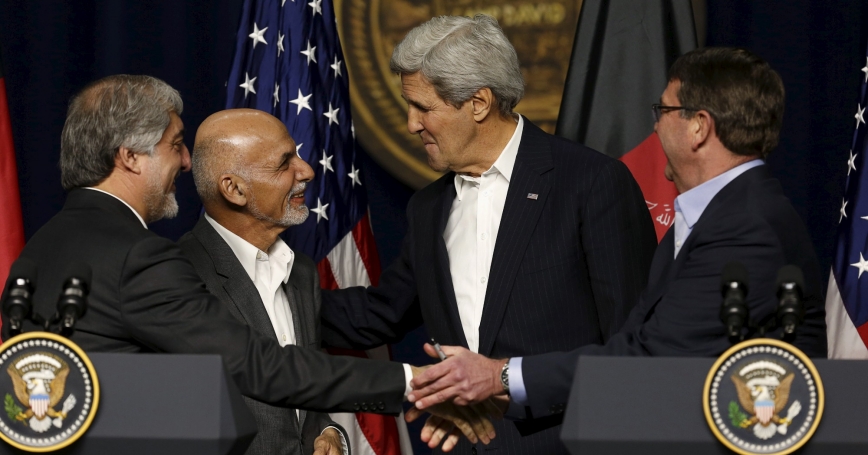 Afghan President Ashraf Ghani's main mission in coming to Washington is to fundamentally change the American view of Afghanistan, not so much inside the Obama administration as on Capitol Hill. This view remains a mostly negative one, formed by a seemingly endless war, high levels of government corruption and repeated expressions of rank ingratitude on the part of Ghani's predecessor, Hamid Karzai, who had somehow convinced himself that the United States was intentionally prolonging the conflict in order to remain there indefinitely.

Ghani has already made some headway in this regard. He has been effusive in expressions of gratitude for the sacrifices Americans have already made for his country. He has begun to address government corruption. His relations with the remaining American and NATO military leadership are excellent. American costs and casualties are down dramatically from just a year ago.

Ghani will deliver this message during the high point of his visit: his address to a Joint session of Congress on Wednesday. In meetings at the Pentagon on Monday, and then with President Obama the following day, Ghani and the man he is sharing power with, Afghan Chief Executive Abdullah Abdullah, are also seeking to persuade U.S. officials that they are stabilizing Afghanistan.

Even so, while Ghani, Abdullah and probably most Afghans hope for some continued American military presence beyond the end of 2016 deadline set by Obama, the Afghan leaders probably will not push for such a decision yet. It is likely that Ghani and Abdullah realize they can't move Obama that far now, and that they may be in a better position to make their case later in the year, once the fighting season begins in earnest and the scope of the Taliban offensive becomes apparent.

During this week's visit, it appears that administration officials will tell Ghani that Obama will permit sufficient forces to remain to keep the bases in Kandahar and Jalalabad open into next year. This move may encourage the Germans and perhaps the Italians to maintain their presence in the north and west of the country, allowing NATO to continue to advise the Afghan security forces not just with the Afghan Ministry of Defense, but at the six regional Afghan army headquarters throughout the country. Keeping these two bases open will also permit the United States to support continued counter-terrorist operations by Afghan special forces in the south and east, the two most threatened areas of the country.

Obama will no doubt lend a sympathetic ear to Ghani and Abdullah's requests for more help, not least because his administration played no small part in Ghani's ascension. The disputed results in last year's Afghan election campaign threatened to divide the nation and imperil the current constitutional regime. Instead, thanks to some rather deft diplomacy by Secretary of State John Kerry, the process culminated in an Afghan dream team, a government led by the two most popular and most capable politicians in the country. Ghani and Abdullah Abdullah were the two most competent members of Karzai's first government: Ghani, the consummate World Bank policy wonk who headed the Finance Ministry; Abdullah, a skilled diplomat who became foreign minister.

In the second round of balloting, every Afghan elector voted for one of these two men. In both camps there was and undoubtedly remains a reluctance to share power. But Afghanistan was not prepared for a winner-take-all outcome resulting from a close vote in which the level of fraud obscured the real count.

Half a year later, the so-called government of national unity is still a work in progress. Ghani has fired many more top people than he has replaced. More than half the ministries do not yet have a permanent head, although Ghani nominated 16 new cabinet members just before leaving for Washington. Only two new governors have been appointed, leaving 32 provinces still under interim leadership. Tax revenues continue to fall, and the country faces a financial crisis. And the Taliban insurgency continues unabated.

On a more positive note, Ghani and Abdullah have compatible visions for the country and seem able to work together well, at least on a personal level. Both have much more positive relations than Karzai did with the United States and the rest of the international community. Ghani has actively reached out to neighboring countries, and he has had particular success in improving relations with Pakistan.

Shortly after taking office, Ghani began to quietly urge some flexibility in the further drawdown of American forces. His immediate concern has been to avoid the intended withdrawal of half the current force of around 10,000 by year's end. His concern is shared by responsible American military, intelligence and diplomatic officials. Almost immediately, President Obama responded to Ghani's plea for flexibility by allowing the current number of troops to rise by a few hundred over the 9,800 ceiling Obama set last May.

For their part, President Obama, Secretary Kerry and other officials will be urging Ghani and Abdullah to get on with the business of fully forming their government and implementing the reform program to which they both have committed. U.S. officials will also encourage Ghani to continue his efforts with Pakistan and China to bring the Taliban to the negotiating table and will likely discuss how the United States might be helpful in this regard.

This spring and summer are likely to be an exceptionally trying time for the new Afghan government as renewed Taliban assaults test the capacity of Afghan security forces to operate, for the first time, without American and NATO combat support. For the Obama administration and Congress alike, that will be a crucial test of credibility for Ghani and Abdullah, and whether they made their case well this week.

James F. Dobbins, a veteran diplomat who most recently served as the State Department's Special Representative for Afghanistan and Pakistan, is a senior fellow at the nonprofit, nonpartisan RAND Corporation.

This commentary originally appeared on Politico on March 23, 2015. Commentary gives RAND researchers a platform to convey insights based on their professional expertise and often on their peer-reviewed research and analysis.