What's at Stake in Nigeria's Elections 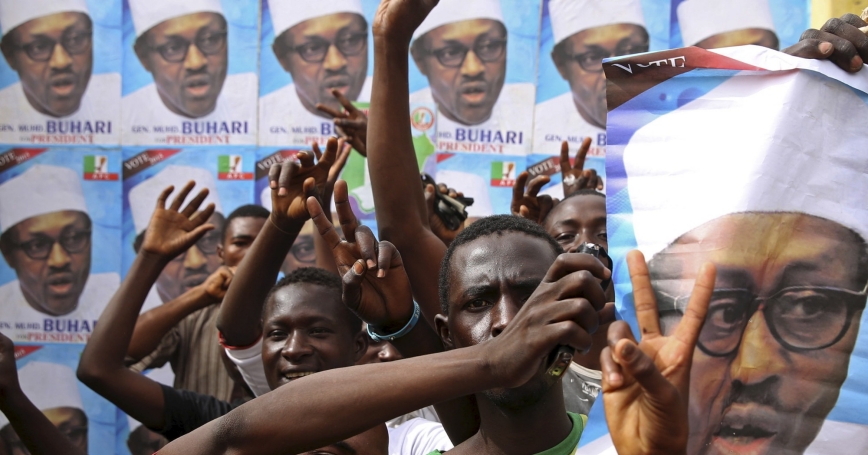 Next to ethnic and religious predilections, security is by far the biggest issue for Nigerians in Saturday's election, which will determine the next leader of the “Giant of Africa,” a nickname for Nigeria, Africa's largest democracy. It is Africa's most populous country — with more than 170 million people — and also has the continent's largest economy, with a gross domestic product of more than $500 billion. For more than 50 years, since Nigeria's independence from British rule, its military has played an important role in peacekeeping across the continent. Paradoxically, Nigeria has struggled with — and only recently began to make some gains against — an insurgency within its own borders.

Violence in the northeast region of Nigeria, occasioned by the extremist religious sect Boko Haram — a name that literally translates to “Western education is forbidden" — has claimed over 13,000 lives since 2009 and displaced millions. Hundreds of others, including children, have been kidnapped. Against this backdrop, the elections initially scheduled to be held Feb. 14 were postponed six weeks to enable the military to gain ground against the insurgents — a move that was highly criticized by the opposition and many independent bodies as a desperate act by the incumbent Nigerian president, Goodluck Jonathan, as he attempts to avoid losing at the polls.

Beyond Boko Haram, Nigeria faces severe economic strain from the drop in crude oil prices that has led to a devaluation of its currency by as much as 20 percent since September. The president's critics, including Charles Soludo, a noted economist and former governor of the Central Bank, have accused the Jonathan administration of extreme mismanagement of the economy. In a recent article, Soludo gave the president an “F” for his efforts on the economy, saying that poverty and unemployment have grown to unprecedented levels despite the oil boom; the poverty rate is 71 percent and the unemployment rate is 24 percent. A recent news report indicates that some financial analysts believe the markets might react positively to a Jonathan exit.

In terms of infrastructure, one of President Jonathan's most persistent claims of accomplishment concerns the gains made in the electric power sector. The administration has completed the privatization of the national utility company begun by the Obasanjo administration and boasts of upping power generation capacity from 3,500 to 4,500 megawatts since 2011 (South Africa generates 45,000 megawatts). However, this represents a drop in the bucket for a country with more than 170 million people, even though the average Nigerian uses 90 times less electricity the average American and almost 50 times less than the average Ghanaian, according to the World Bank.

The opposition believes the country's lackluster performance is largely due to corruption in the current administration and has placed its political bet on a retired military head of state, Gen. Mohammadu Buhari, whose biggest asset is his reputation for personal austerity and incorruptibility. The lynchpin of Buhari's 20-month military regime between 1983 and 1985 was his “war against indiscipline,” and his supporters believe that his iron hand and steely resolve is again needed to sanitize Nigeria's corrupt elite and stamp out insurgency.

Gains against Boko Haram in the last few weeks and dwindling opposition campaign resources have increased the momentum of the incumbent president in what may be Nigeria's closest election. Polls show the two candidates in a dead heat. Ultimately, like so many Nigerian elections before it, this one seems to be mostly driven not by the issues, but by personalities and ethnic identities. Buhari, the candidate of the All Progressive Congress — an alliance of the four largest opposition parties — is a Northern Muslim, with a passionate following in the North who benefits from pent-up resentment there against Jonathan for not honoring the ruling party's constitutional zoning arrangement, which required him to step down for a Northern candidate rather than complete late president Umaru Yar'Adua's first term and run for two terms of his own.

Despite a peace agreement signed by both candidates, many observers fear that a Jonathan victory could exacerbate unrest in the North. Many Nigerians have lost faith in the possibility of a free and fair victory for the incumbent, while a Buhari victory could unravel the precarious peace that is the result of Jonathan's ethnic goodwill and an amnesty deal with Niger-Delta militants brokered in the South during his presidency. Regardless, Nigeria has one of the world's youngest populations, with half of its residents between the ages of 15 and 34. The country could be on the cusp of a generational dividend — if the next administration is able to put its youth to work expeditiously — or collapse if youth employment and education do not become priorities.

Oluwatobi "Tobi" Oluwatola is an assistant policy analyst at RAND and a Ph.D. candidate at the Pardee RAND Graduate School. This blog post was written for the Pardee Initiative for Global Human Progress.