When It Comes to Police-Community Relations, 'Expect What You Inspect' 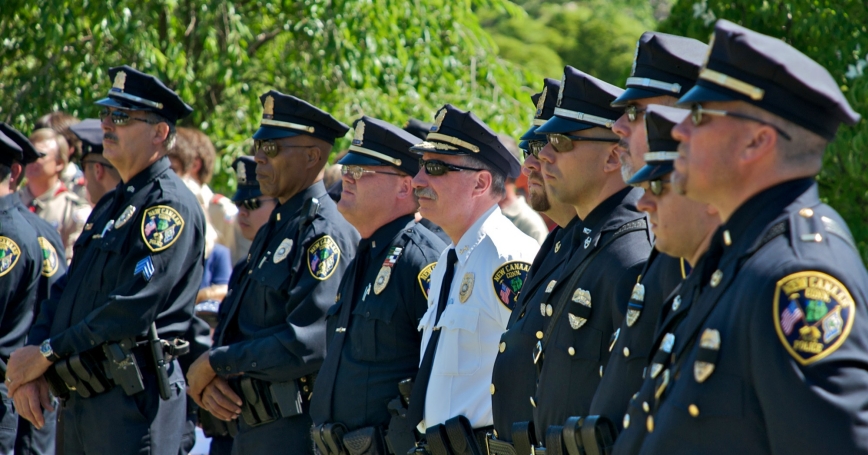 by Jessica Saunders and Laura Patton

Acting on the recommendations of the recently released President's Task Force on 21st Century Policing will require a challenging mix of research, policy reform and political capital. When considering their options, policymakers might find an old adage helpful: “Expect what you inspect.” This means that if we want to shape behavior, an effective way to do that is to measure it.

For police-community relations to improve, it is essential that law enforcement agencies across the United States are closely monitored so that the progress they make in enacting the task force's recommendations can be tracked. Measuring and monitoring the policies and behaviors called for in the interim report is essential to ensure that changes occur across the nation's tens of thousands of law enforcement agencies that employ more than 1 million officers. The most effective way to do this is to create new metrics and integrate them into existing structures of performance measurement, since localities already measure and track how well the police are performing their mission in terms of crime rates, crime clearance, arrest rates and response time.

So why are new metrics important if we already measure how police perform? Placing all of the emphasis on crime levels creates a dangerous tension because it overlooks police officers' other roles and functions. Officers are usually judged and promoted based on their individual crime statistics — for example, number of crimes cleared. Each officer's behavior is obviously shaped by many factors, but if police-community relations are not measured — and success in that area is not linked to officers' career paths — then ensuring that these relations are a priority for all officers will be difficult or impossible.

Collecting data, in and of itself, is key to changing problematic behavior among the police and creating a culture where bias-free and Constitutional policing practices are encouraged. Local law-enforcement agencies could report performance metrics that include police-community relations (police satisfaction, trust in the police, police legitimacy) and constitutional policing practices (bias-free policing, use of appropriate force) to publicly demonstrate that the agencies are meeting these requirements for every community they serve. Data-collection efforts should also include community surveys so that police can gauge public satisfaction with their service. This would include people who call the police for service because they have been victimized or have witnessed a crime as well as people who never interact with the police or have had involuntary contact with them, such as during traffic stops, questioning as a witness or suspect or because of an arrest.

As the interim report suggests, local governments should evaluate police on more than crime statistics, and police departments and officers should be held publicly accountable for meeting the community's expectations. Adding new dimensions of performance metrics, such as public satisfaction and constitutional practices, would go a long way toward accomplishing this, especially if a third-party external research partner or oversight body is assessing the metrics. These new measures can help identify problems before they rise to a level that requires the federal government to intervene in order to ensure a high standard of police services.

Until local governments start holding law enforcement agencies accountable for police-community relations — and for adhering to constitutional policing — these outcomes will fail to be on par with crime control as a priority within the country's police departments.

Jessica Saunders is a criminologist and Laura Patton is a legislative analyst at the RAND Corporation.